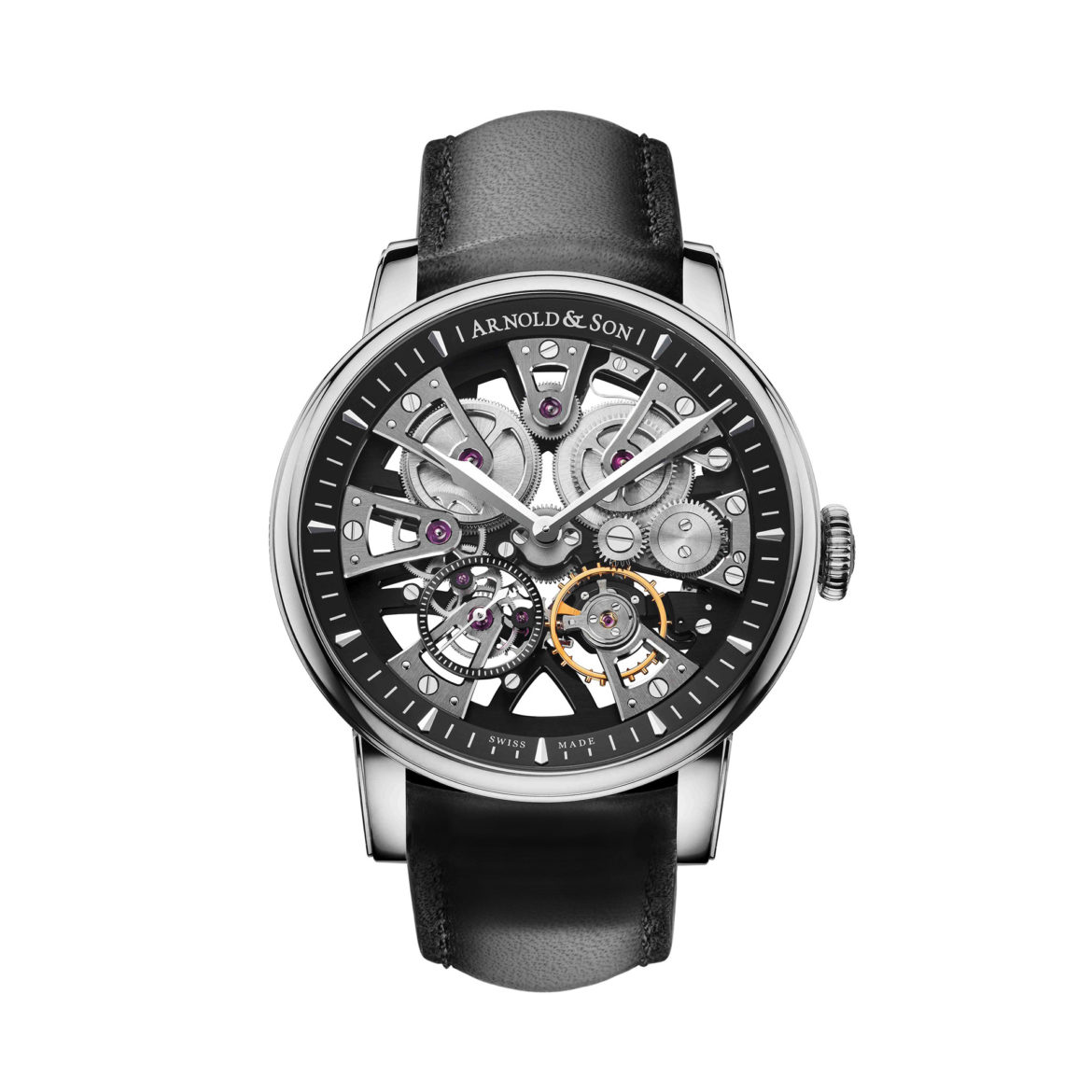 This Arnold & Son Nebula is all about symmetry. Horizontally and vertically but also the front and back of the movement are symmetrical. Which is easy to see as the watch is fully skeletonized. It is one of the cleanest skeletonized dials we have seen in ages, containing no less than 10 movement bridges. 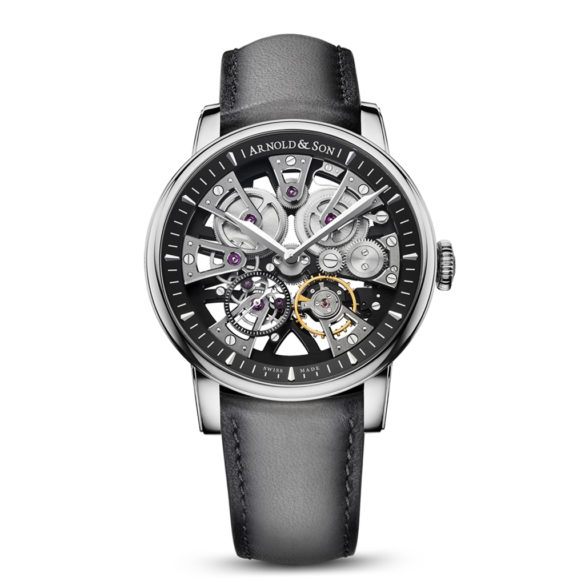 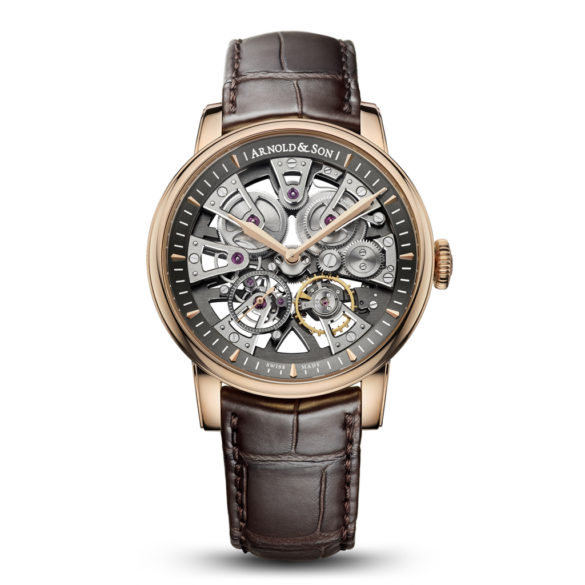 The name Nebula is latin for ‘cloud’. And Nebulae is the astronomical term for a cloud of cosmic gas and dust that is formed from the debris of exploding stars. According to Arnold & Son “the sculptural movement looks like an inverted, exploded star”. Sure, with some fantasy, why not? We think it just looks great. 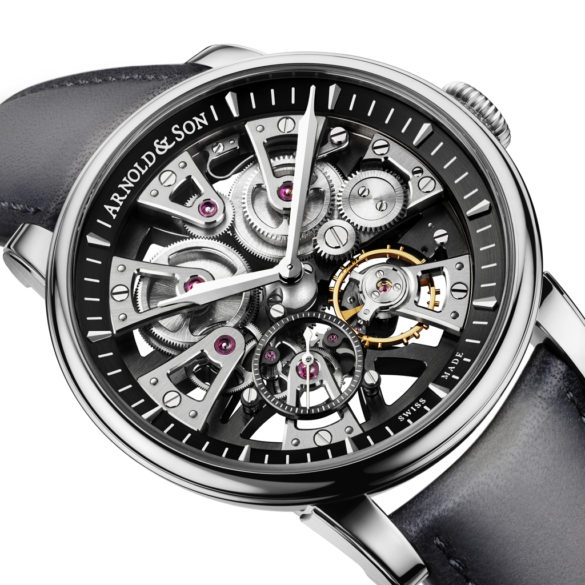 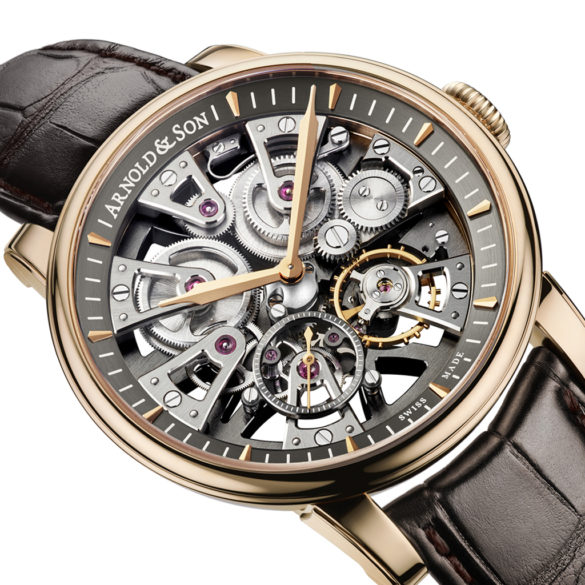 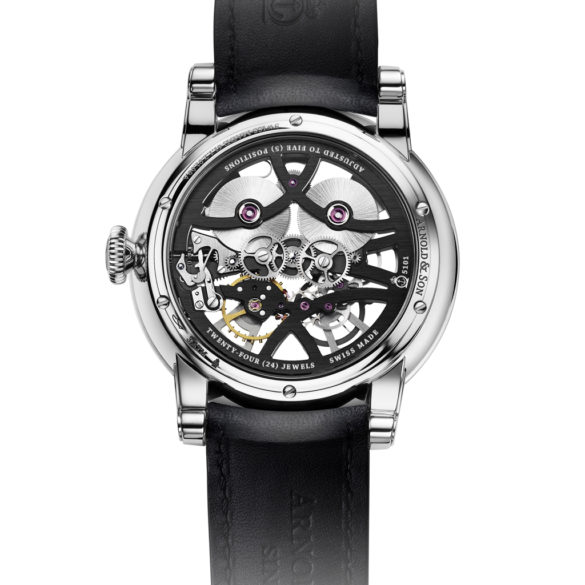 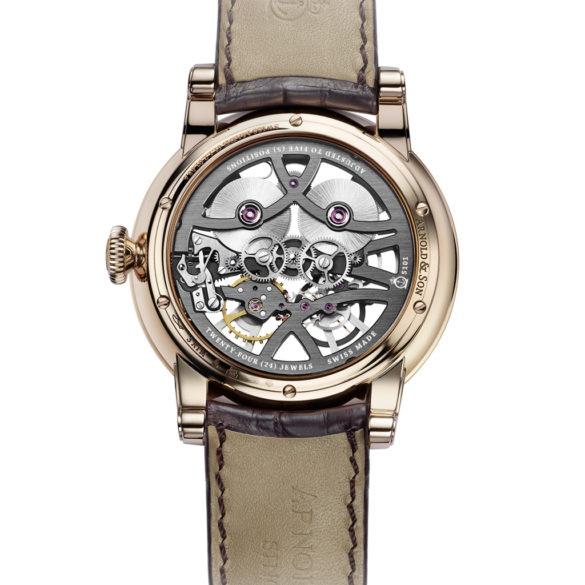 The Arnold & Son Nebula comes in two versions: a stainless steel one and an 18K red gold one. The watch features the A&S caliber 5101 with two main spring barrels providing a power-reserve of 90 hours. Both barrels are clearly visible on both sides.

It is not only one of the cleanest skeletonized watches we have seen, it’s also one of the most affordable ones. With a price below 15,000 dollars or euro’s the stainless steel version is a pretty good deal. 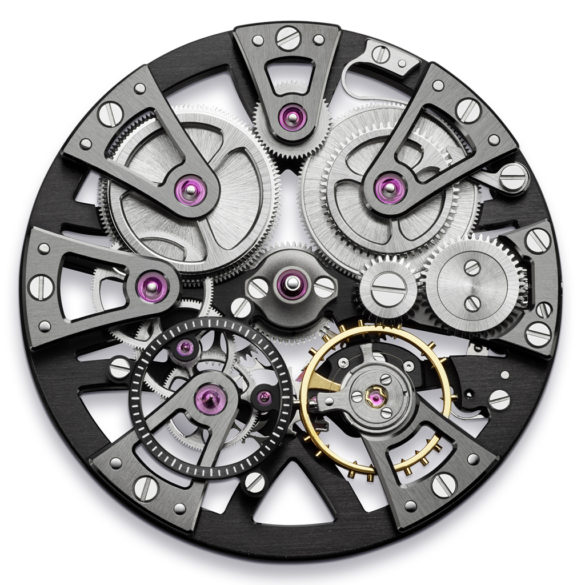 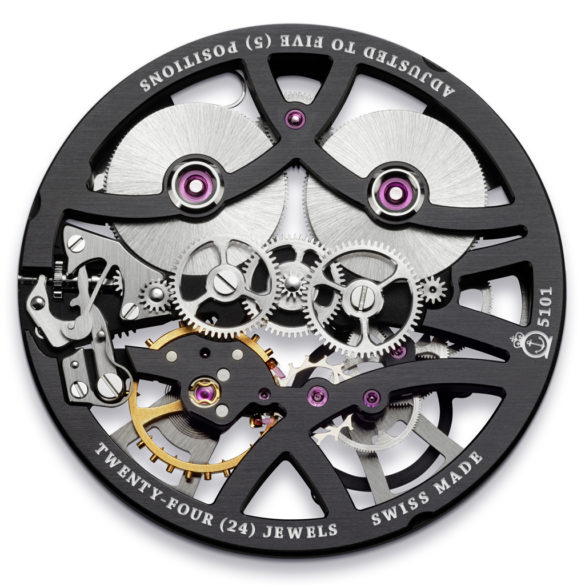 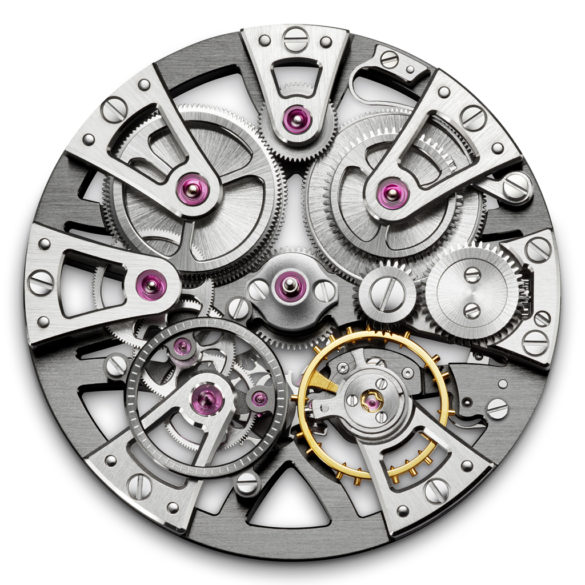 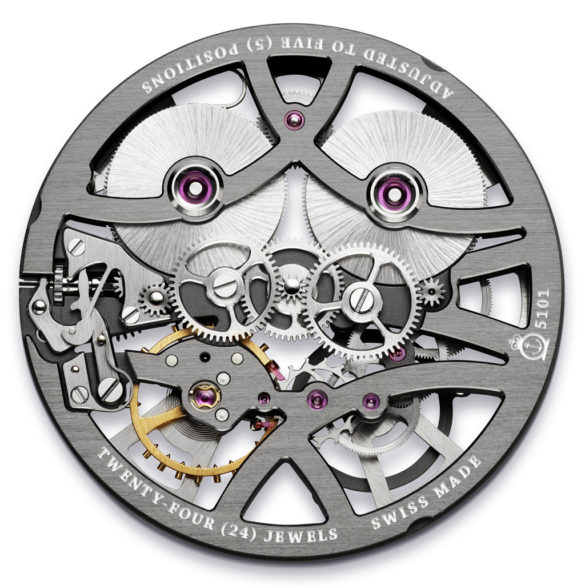