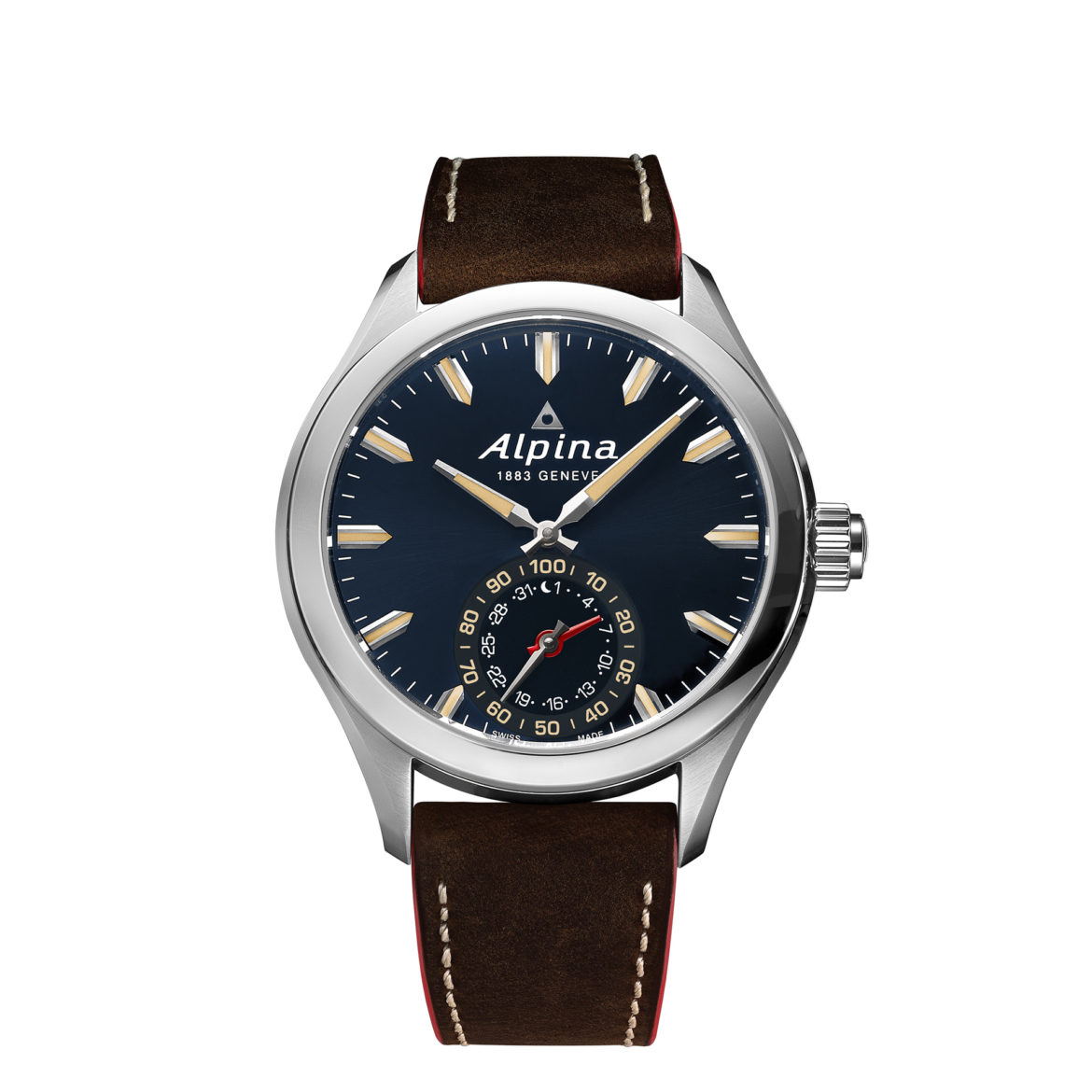 The Alpina Horological Smartwatch Navy was launched at the same day Apple revealed their Apple Watch Series 2. Coincidence? We don’t think so. The Alpina Smartwatch is the Swiss answer to Apple taking a piece of their watchmaking pie. They launched their smartwatch last year, and this is supposed to be a new one. Which is correct, as it has another dial. And some minor changes. Which is rather in line with Apple.

One of the biggest differences between an Apple watch and the Alpina smartwatch is that the first is a device and the second a horological smartwatch. That makes total sense as the Apple Watch is made by a tech company and the Alpina watch by Swiss watchmakers. This difference in origin is shown by the fact that the Alpina has a battery with a 2+ years lifespan while an Apple Watch needs to be recharged basically every day. But the Alpina watch can’t pull off all the tricks an Apple Watch can. For instance you can’t receive messages on the watch, or make a phone call with it.

So what exactly can the Alpina Horological Smartwatch Navy do?

Sleep Tracking: wear your watch at night or put it under your pillow to record your sleep. Sleep tracking function provides details on how much time you spent in deep sleep, light sleep, or awake.

Smart Sleep Alarm: set a smart sleep alarm that will help you to wake up at the best appropriate time in your sleep cycle so that you wake up refreshed.

Always On-Time & Date: you never have to set a time and date – traveling across time zones.

Get Active Alerts: set an alert to remind you to move if you’ve been idle for a set amount of time.

Dynamic Coach: get suggestions, tips, and information catered specifically to you based on your activity and sleep goals.

Cloud: recover all of your data, even if you lose your watch or phone. The Horological Smartwatch independently stores your activity and sleep for 30 days without having to synchronize with your smartphone.

Worldtimer: keep track of your hometown’s time by simply entering your city into the app.

And how is the watch itself?

As Alpina is part of Frederique Constant Alpina can use the technical knowledge of FC. So it’s no surprise the Alpina Smartwatches have the same calibre as the smartwatches from FC.

The watch itself only displays time, date and a ‘nocturnal setting’ which can be adapted with the crown. The Alpina Horological Smartwatch Navy has a 44-millimetre case with a navy blue sunray dial. And it has beige (faux patina-ish) luminous indexes. The watch features a AL-285 MMT Connected quartz movement which sends the information it collects to your smartphone via Bluetooth. The “smart” counter is positioned at 6 o’clock. The small red hand indicates the date during the activity tracking mode and will point out the moon during your sleep tracking mode. The small steel hand shows you the percentage of your activity or sleep goals achieved.

It is great to see that you can buy an intelligent watch that actually looks like a watch and not like a mini smartphone.