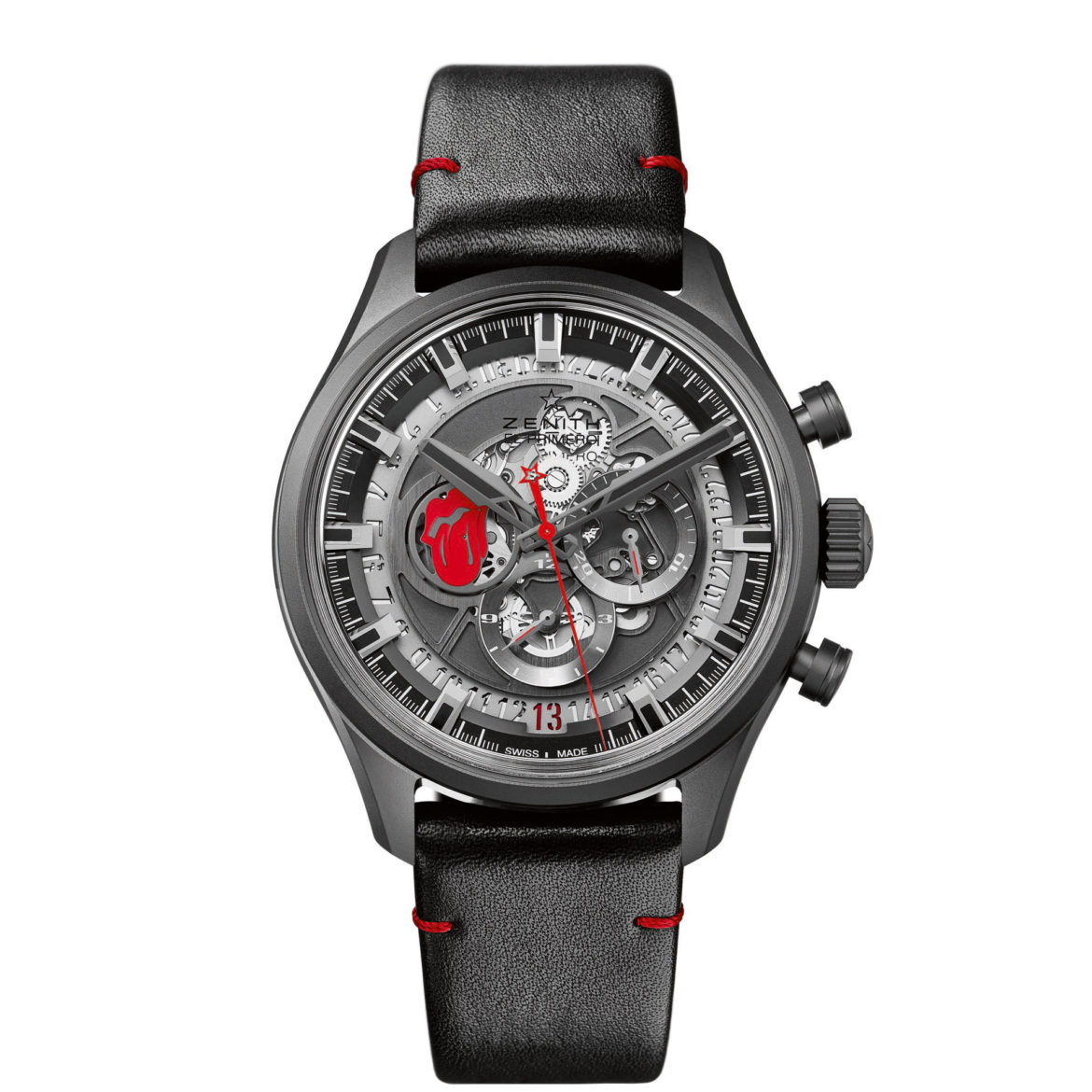 Since the beginning of the Rolling Stones in 1962 several watch brands have launched Stones editions. Rolex and Seiko for instance. And individual band members, mainly Ronnie Wood, have their own models, however without the band’s logo. 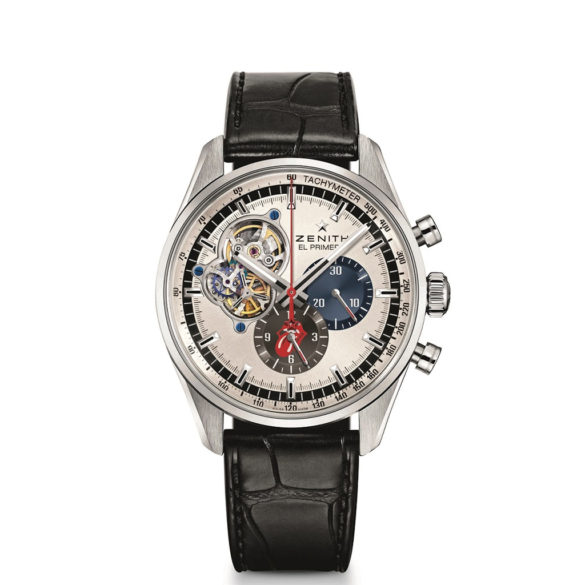 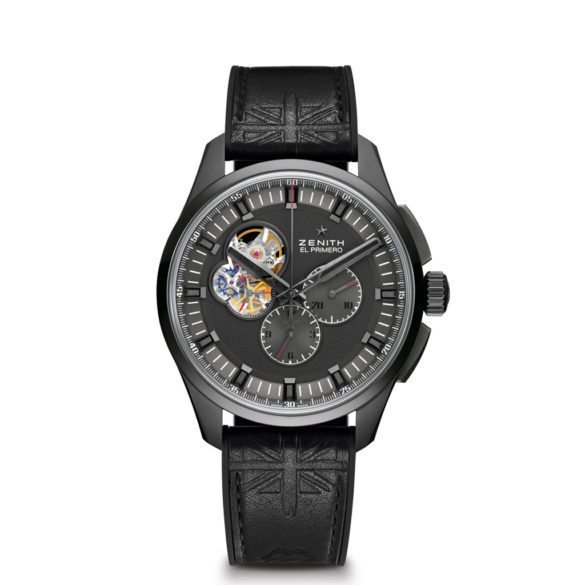 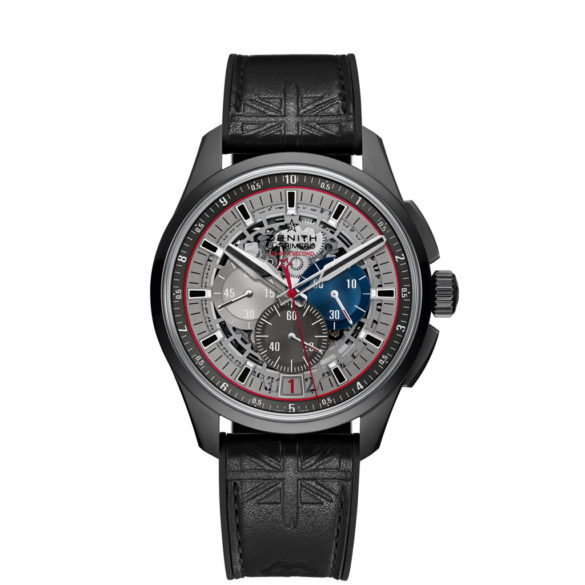 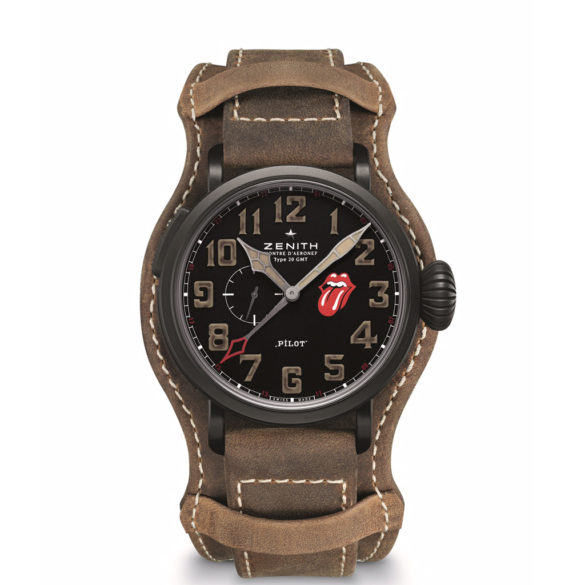 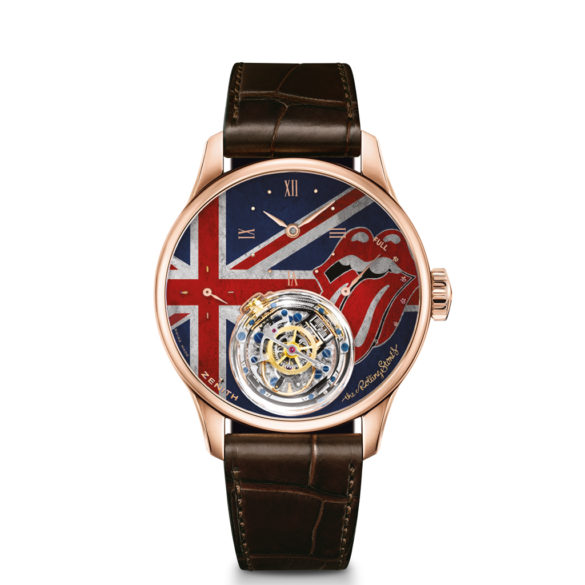 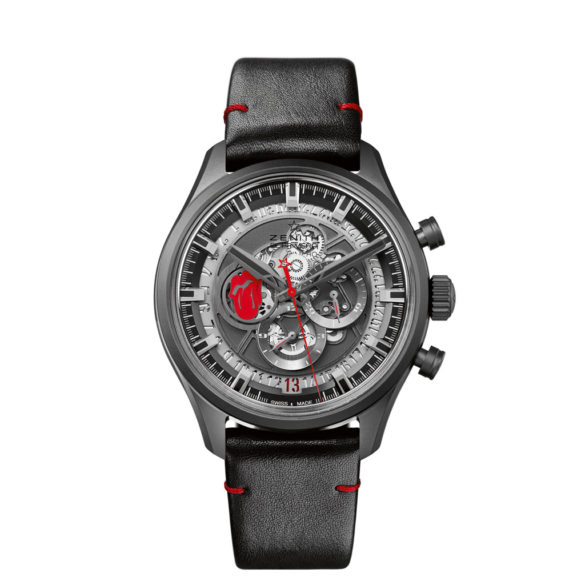 The Zenith El Primero Skeleton Tribute To The Rolling Stones has a rotating tongue, really 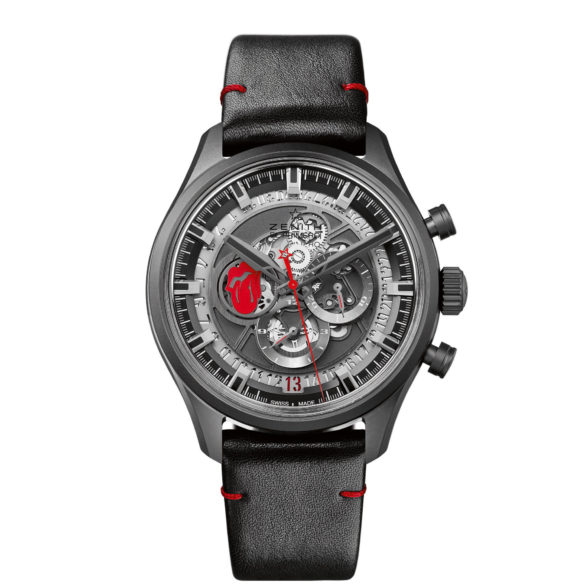 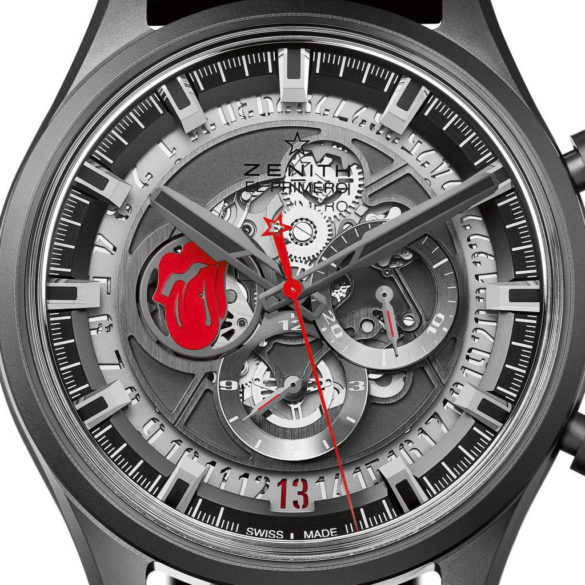 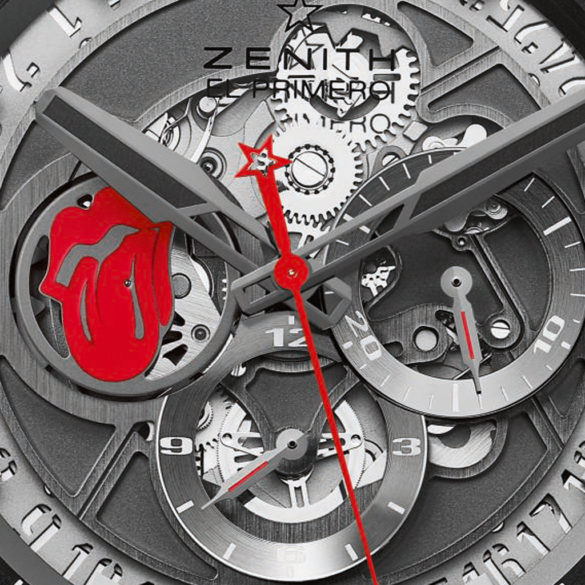 Although all aforementioned models are special, this one has something extra. The tongue moves every second, making a 360 every minute. As it is attached on a disc connected to the small seconds mechanism. With some imagination, it’s a vinyl record spinning on a turntable. Other Stones features (which can be found on the former models as well) are the hands. They are shaped like the neck of a 1950s Fender Telecaster model, an electric guitar Keith Richards plays.

Of course, the movement is the El Primero caliber 400B with column-wheel chronograph and a power-reserve of 50 hours. The 45-millimeter case is black ceramic. Almost every part of the watch is black. Perhaps it is a reference to the Stones’ world-famous song “Paint It Black”. In 1966 Mick Jagger already sings “No colors anymore, I want them to turn black”.