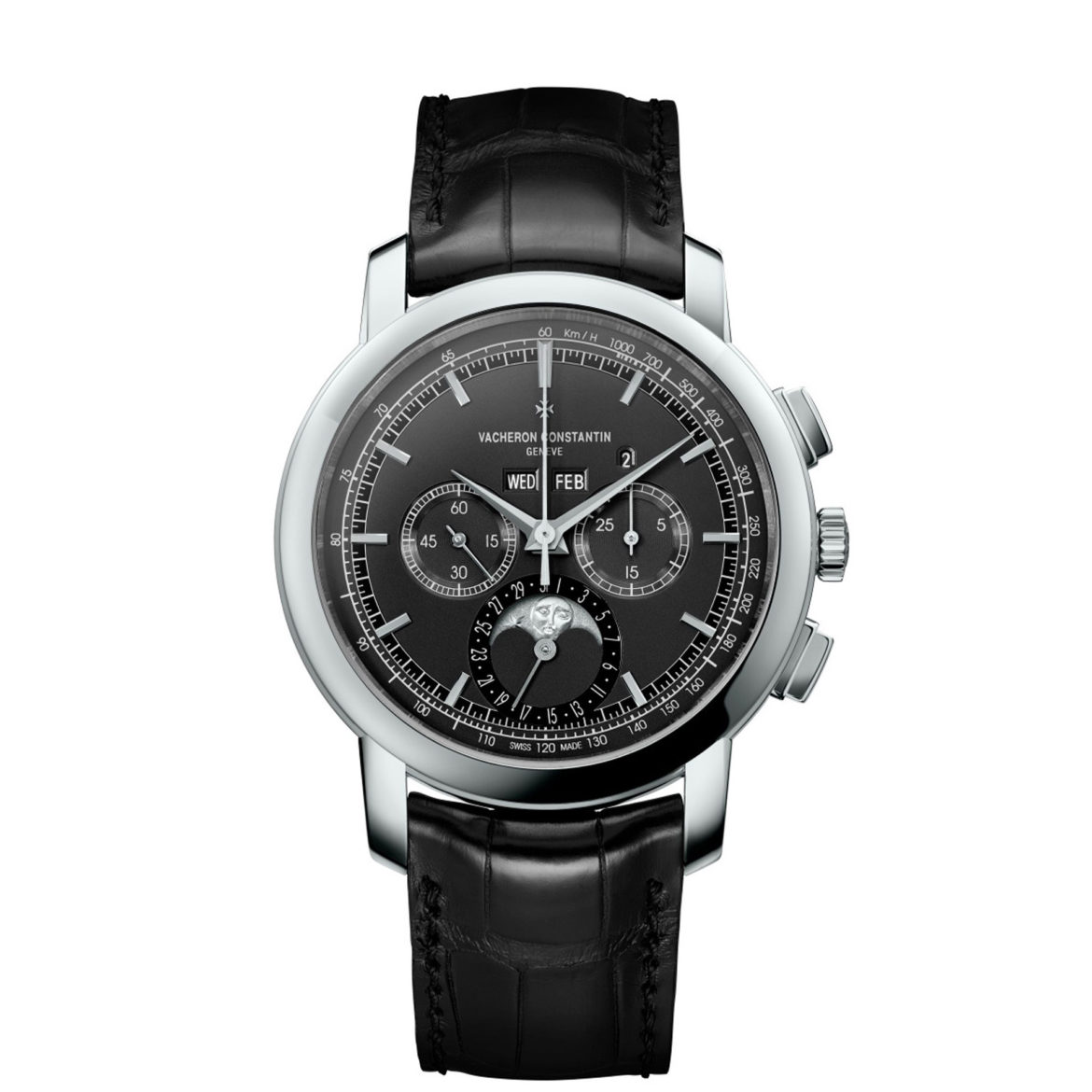 This Vacheron Constantin Traditionnelle Chronograph Perpetual Calendar is a new model but also an update. On the outside it looks more or less the same as the previous model (reference 47292/000P-9510). A 43-millimeter case made of 950 platinum, two complications and classic high-end chronograph looks.

But let’s take a closer look. The lay-out of the dial has slightly changed. Biggest change is the tachymeter scale on the new model. The grey colors on the dial are darker and with more shades. And almost all hands are in light colors now for a better contrast with the background.

The calendar of the Vacheron Constantin Traditionnelle Chronograph Perpetual Calendar should not need any adjustments until March 1. In the year 2100 that is

The biggest change is inside the time piece. It features the manufacture’s in-house-made 1142 QP caliber which replaces the previous 1141 QP caliber Vacheron Constantin used for their chronograph-perpetual calendar watches. This new caliber better complies with the recently updated requirements of the Geneva Seal. Also known as Poinçon de Genève, or Hallmark of Geneva. A standard for quality. 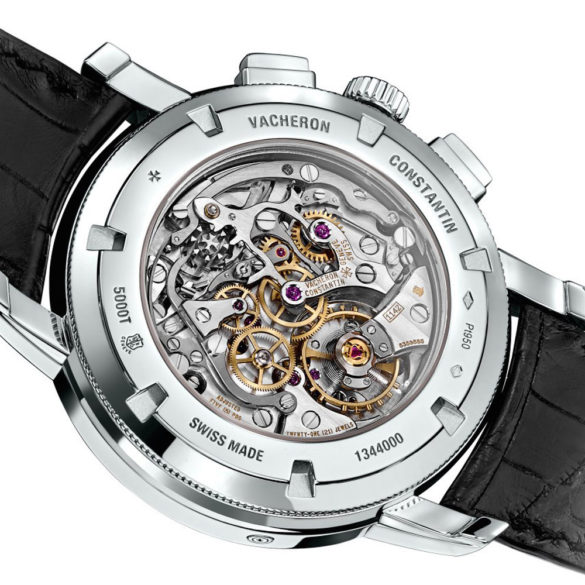 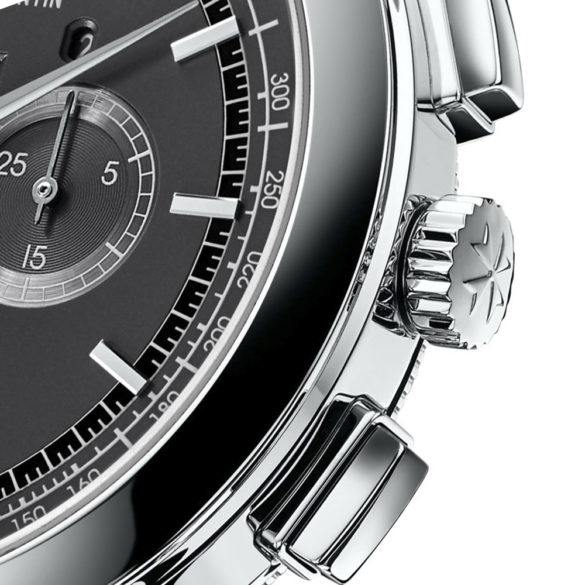 The new movement is composed of 324 components, including 21 jewels, oscillates at a frequency of 21,600 vph (3 Hz), and has a 48-hours power-reserve. It fuels the perpetual calendar functions (with date, day, month, leap year and moon phases) as well as its two register chronograph. The chronograph has a column-wheel system controlling a direct-drive seconds hand and a 30-minute totalizer. The 1142 QP caliber is on display through the clear sapphire case back.

The calendar of Geneva’s oldest manufacture should not need any adjustments until March 1. In the year 2100 that is. It is just great that you can still buy a perpetual calendar chronograph based on a classic Lemania movement, also used by Patek Philippe and Breguet (the current owner of Lemania now named as Manufacture Breguet).