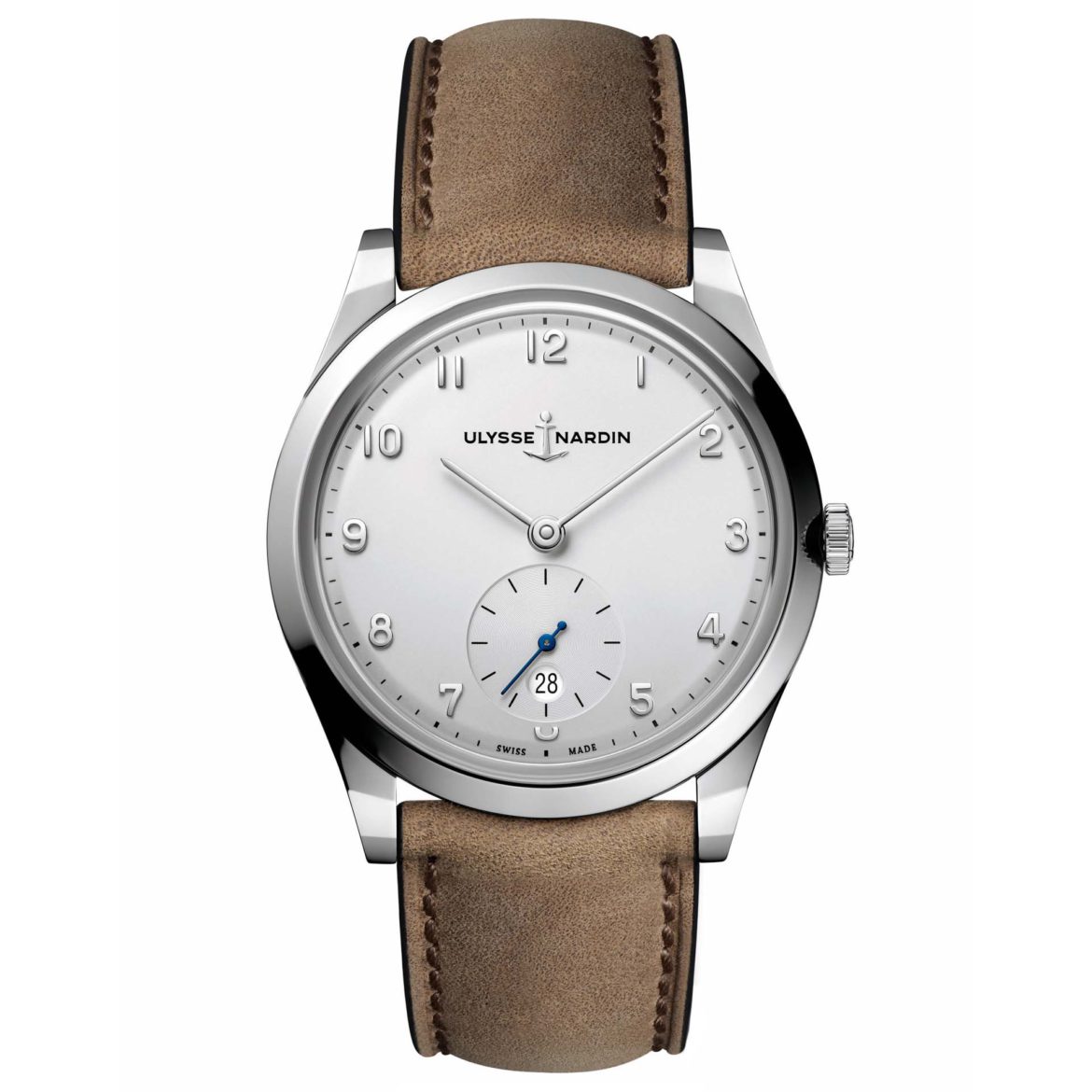 Although Ulysse Nardin is mostly known for its extremely accurate marine chronometers, the new Ulysse Nardin Classico Paul David Nardin is a classic homage to their past. 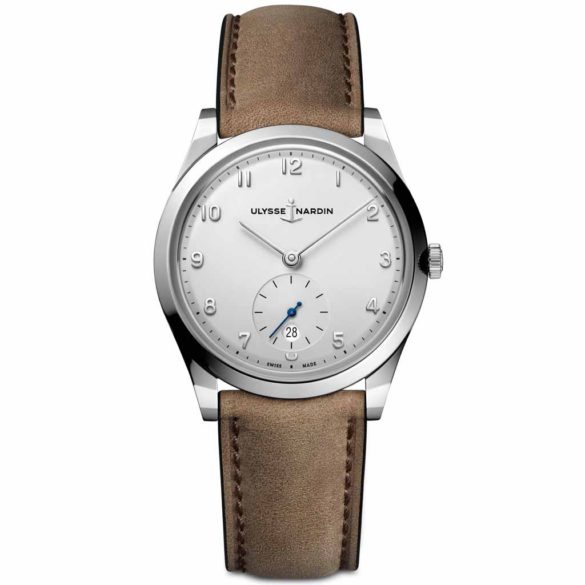 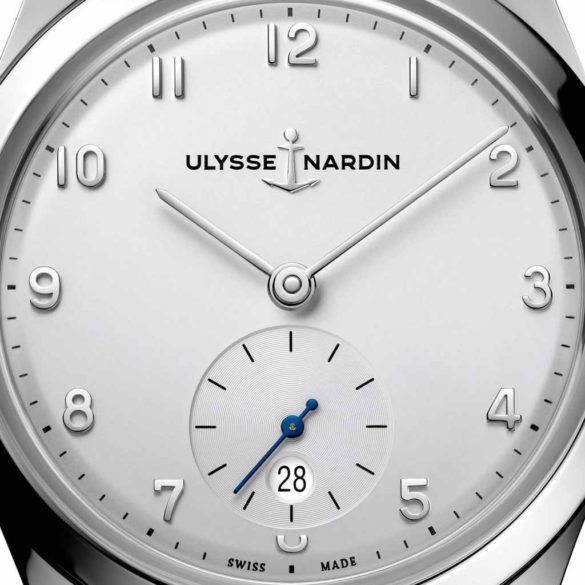 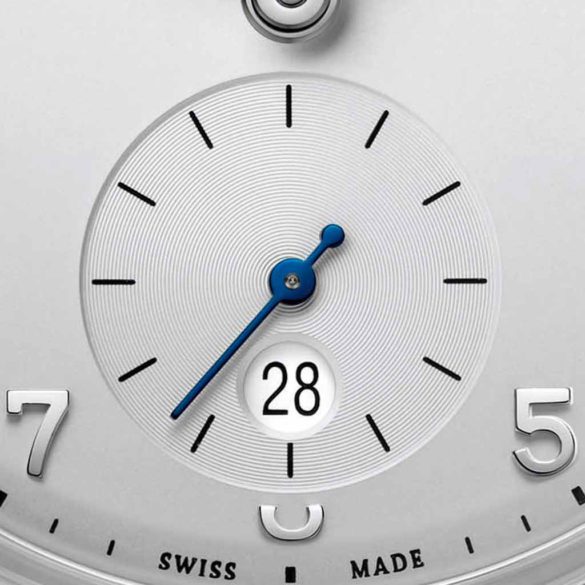 The watch is quite a surprise, as Ulysse Nardin doesn’t issue vintage inspired time pieces a lot. Even though the watch is very reminiscent of the normal Classico it’s a bit smaller. This gives it a 1940s feel and the highly domed sapphire crystal in combination with the silverized dial and Arabic indexes reinforce this.

The only aspect that is out of sorts is the date window at six o’clock, integrated in the small second sub-dial. Not exactly historically accurate, but Ulysse Nardin does it in a discrete way.

Inside the Ulysse Nardin Classico Paul David Nardin you find the UN manufacture movement UN-320. It is developed by the brand itself and works with a silicium escapement and hairspring. To be in line with the whole vintage theme, it has no see-through case back. Something we would have liked.