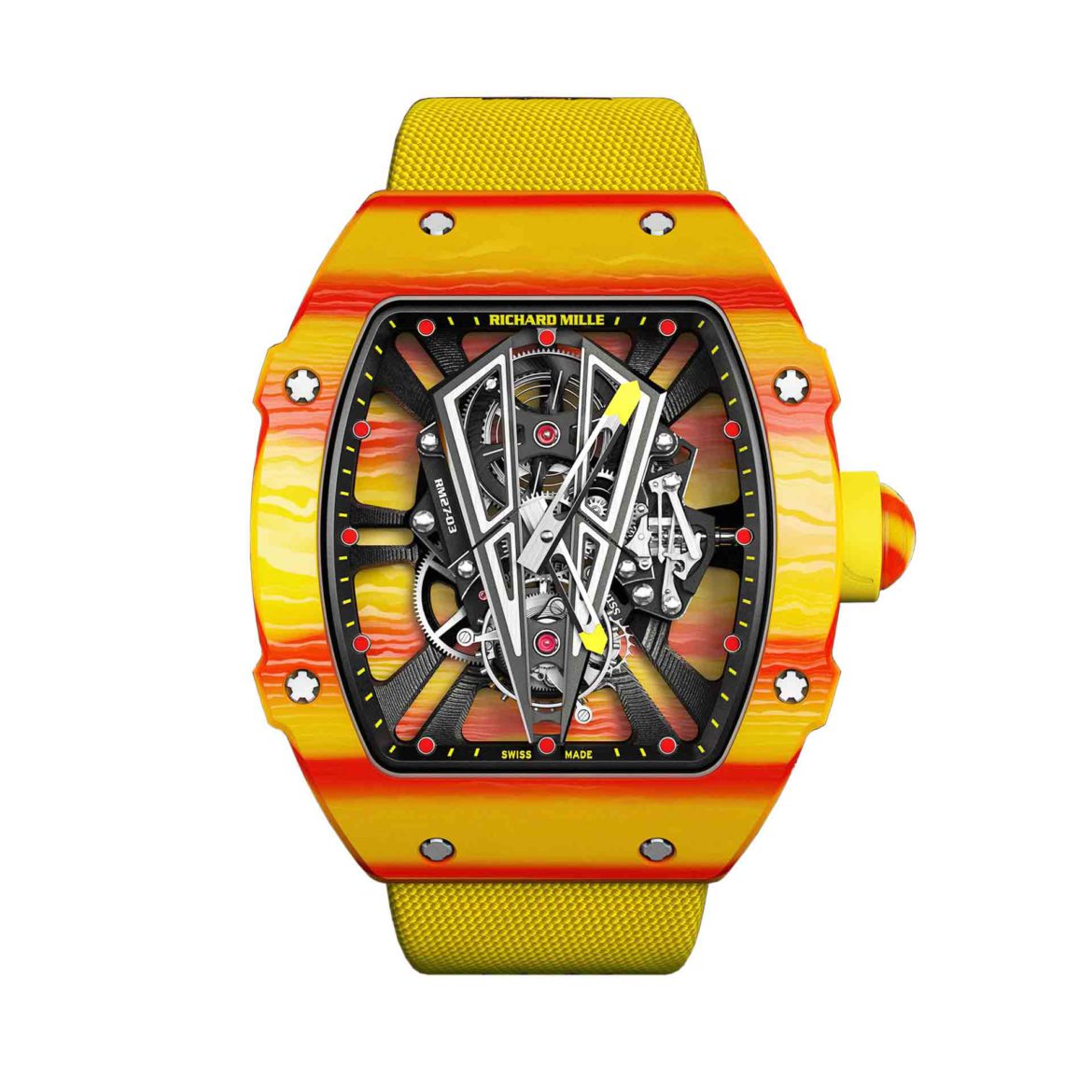 As the company about his founder Richard Mille says: he is ‘not an engineer, a scientist or a watchmaker’. A statement about the man who is responsible for a few of the most high-tech watches of the past years. Like this new Richard Mille RM 27-03 Tourbillon Rafael Nadal.

This new Richard Mille watch is not as expensive as the extremely light and 1-million dollar McLaren F1 Tourbillon, but still not a steal for $ 750.000.

It is not the first collaboration with the 30-year-old tennis pro Rafael Nadal, who wears all his Richard Mille watches during games. Not something you normally want to do with mechanical watches. But this record-breaking watch is capable of withstanding 10.000 G-forces. 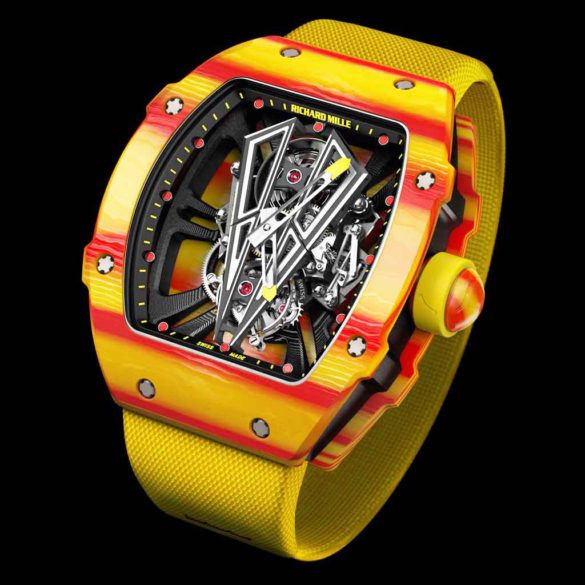 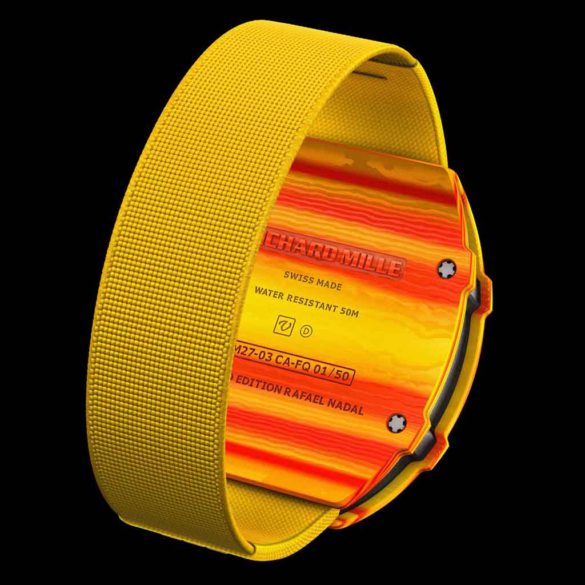 This new threshold has been attained thanks to years of research and development and countless hours of tests. Particularly ‘pendulum impact testing’ which simulates the linear acceleration that occurs due to sudden movements or shock by the wearer.

For the first time at Richard Mille, the case middle has been removed. The bezel and case back are assembled directly on the baseplate, which is described as ‘unibody’. A type of racing-car construction that ensures maximum rigidity and greater resistance to impacts.

The case itself has red and yellow hues, an homage to Nadal’s homeland Spain. It is made of a material called Quartz TPT. The intense burst of color is achieved by impregnating fine layers of silica just 45 microns thick with tinted resin. This according to a proprietary process developed in Switzerland that stacks the laments in layers before heating them to 120° Celcius. Which is 248° Fahrenheit.

It is a real sports watch with specs to meet all the extremes. Want proof? Just watch Nadal’s recent Roland Garros win when he wore the Richard Mille RM 27-03 Tourbillon Rafael Nadal. 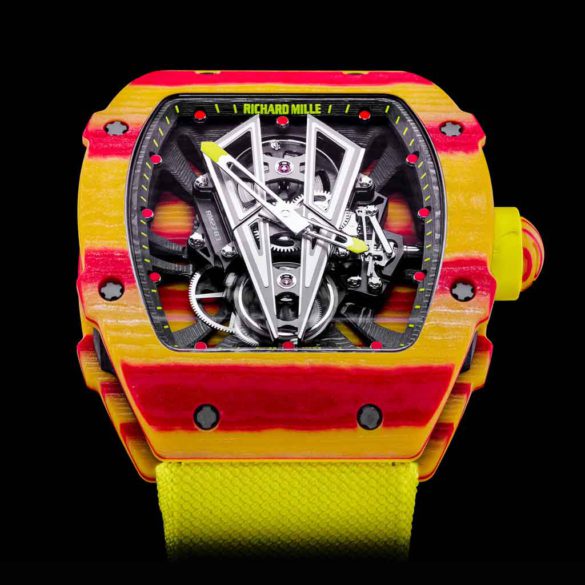 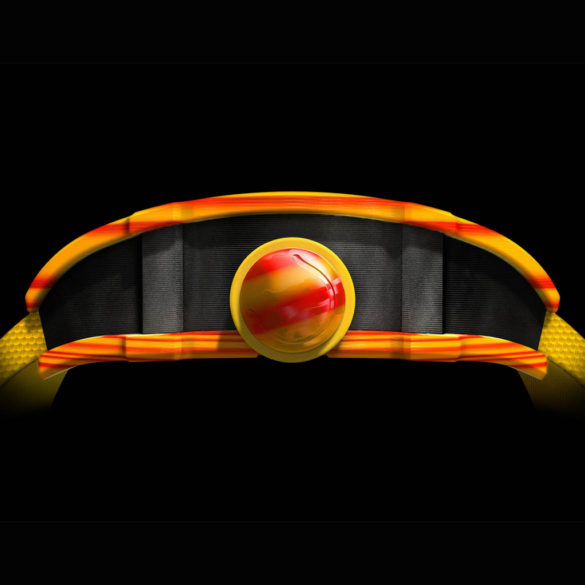 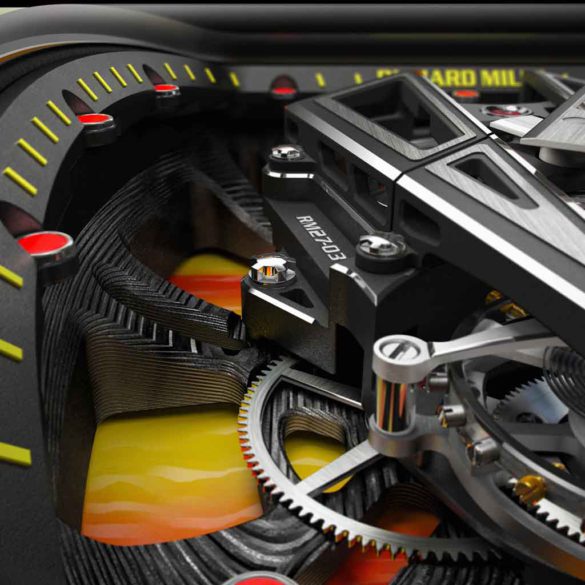