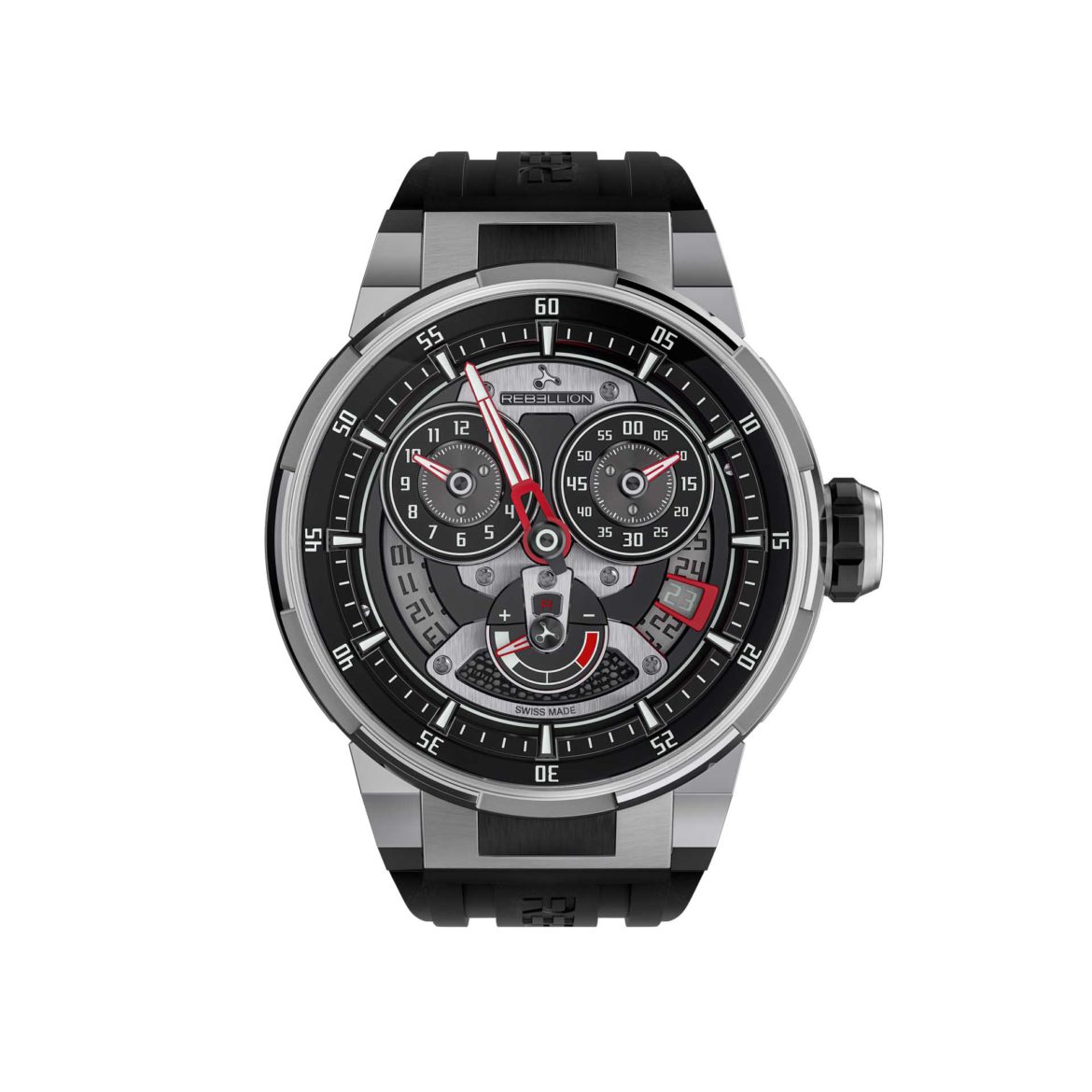 The name of the Rebellion Predator 2.0 Regulator Power Reserve reflects to its functions. It is a regulator as the hour and minutes hands are not connected to the same ax. And it focusses on power-reserve with a clear sub-dial showing how much juice is left.

Although the power-reserve of 46 hours is sufficient, you might have expected more. Especially when it is one of the two main features. It is due to the limits of the movement inside, which is an ETA A07.111 with a Telos module. The ETA drives the hours, minutes, seconds and date and apparently the Telos module splits the hours and minutes from the central ax and indicates the power-reserve. 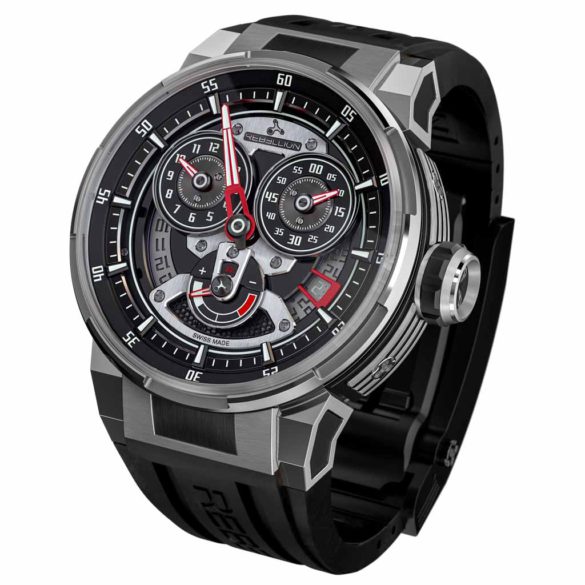 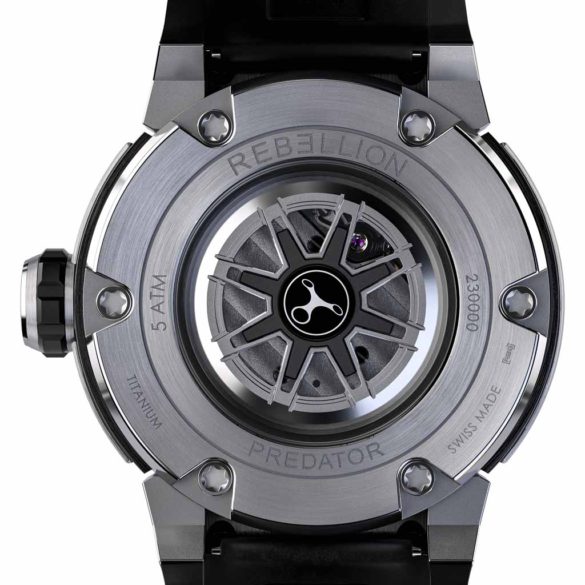 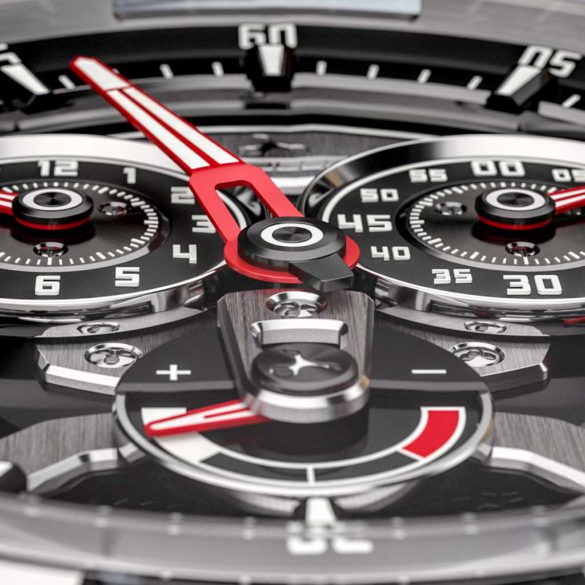 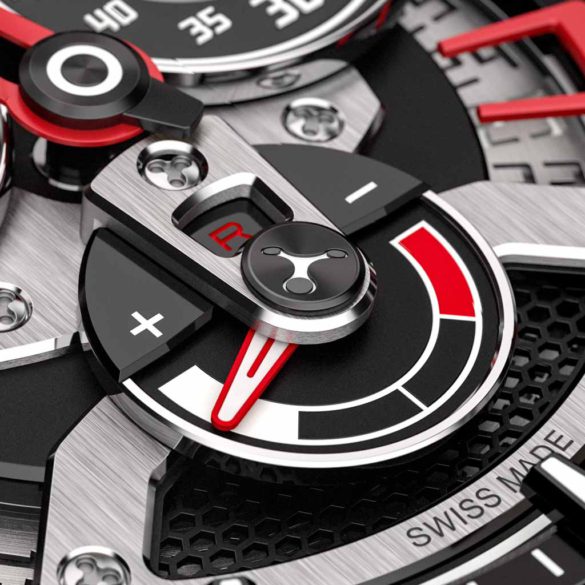 Anyway, the Rebellion Predator 2.0 Regulator Power Reserve is inspired by race cars – Rebellion origin lies in running a race team. That is why the dial has a dashboard style with two sub-dials. One for the hours, on the left and one for the minutes, on the right. At the 4 o’clock position is the date.

The power-reserve indicator is inspired by and shaped like a fuel gauge. We have seen the same sort of design language on the Rebellion Predator 2.0 Regulator GMT. Pretty cool. 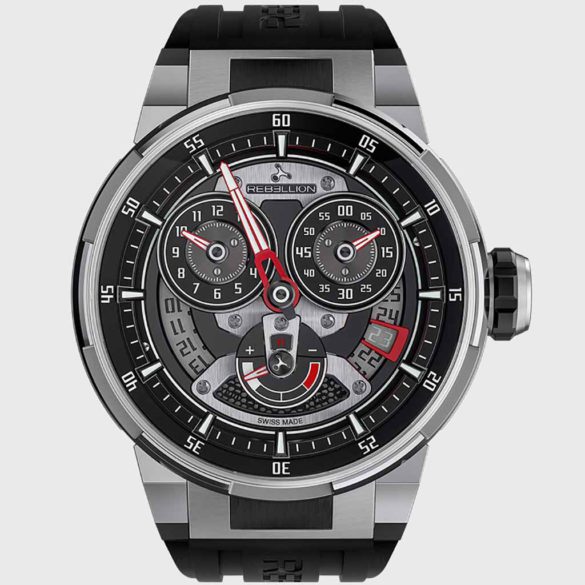 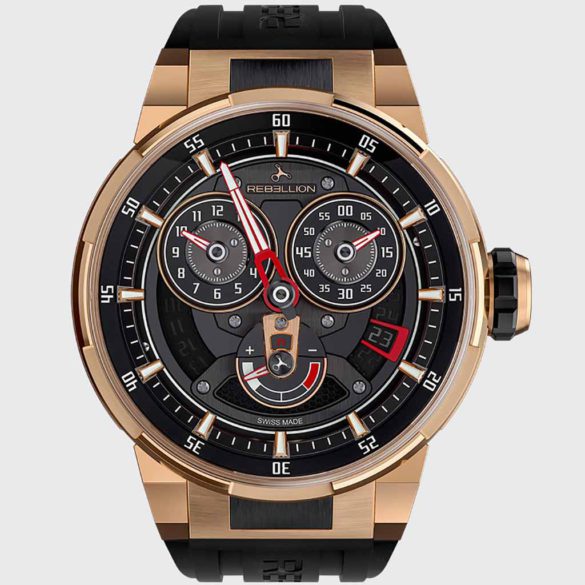 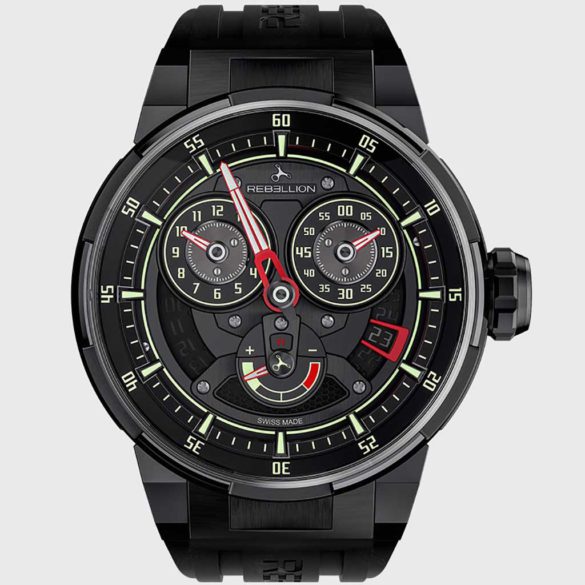 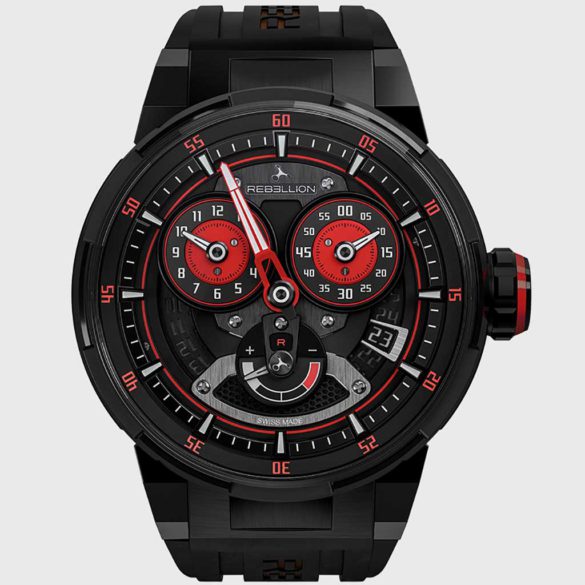 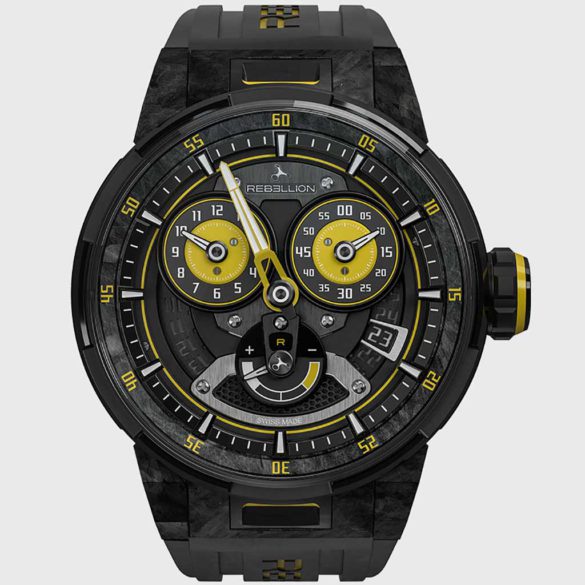 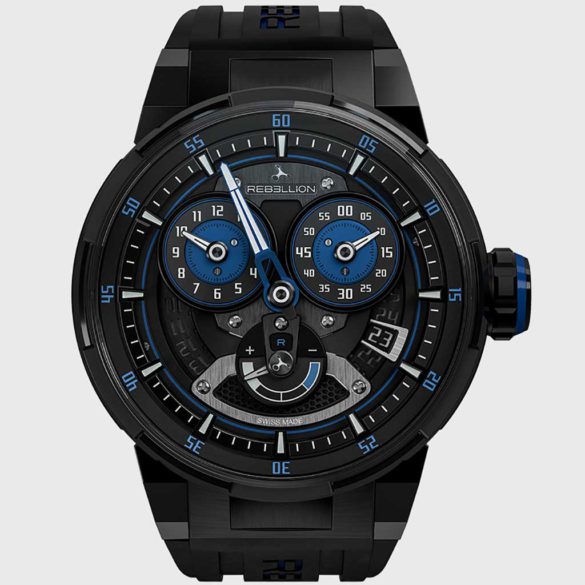 The back of the Rebellion Predator 2.0 Regulator Power Reserve looks like the rim of a race car as the oscillating mass has that kind of shape. The watch is available with three different case materials: titanium, titanium with black DLC and gold.

The titanium with black DLC models come in four different versions: black with silver, red, blue and yellow. The last one is called the Sébastian Buemi. He is a Swiss racing driver, a former Formula One pilot, and is part of Rebellion’s racing team. Other colors and special wishes to personalize your watch are possible. The video below shows the watch running.