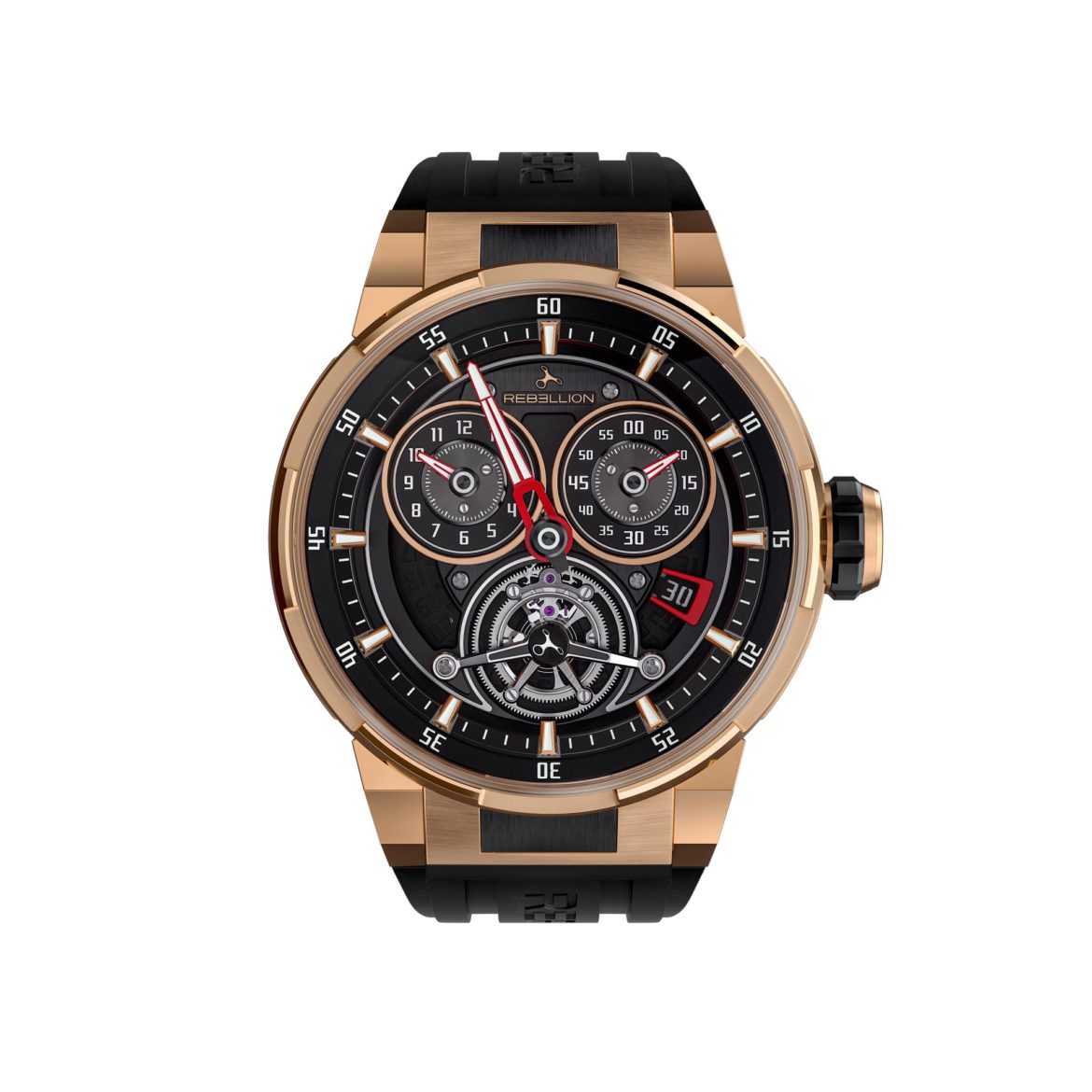 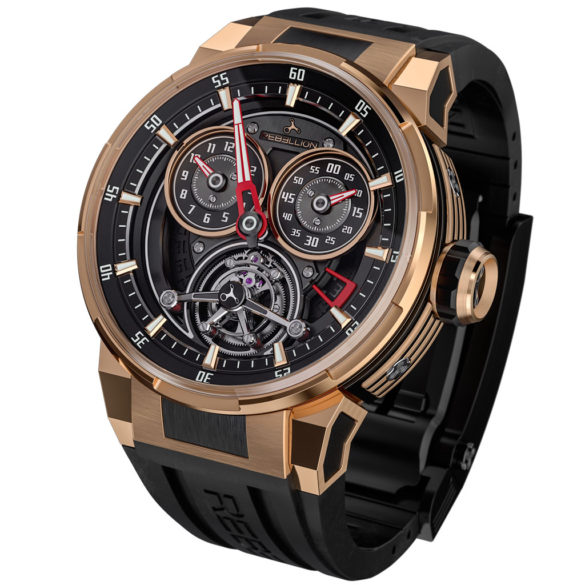 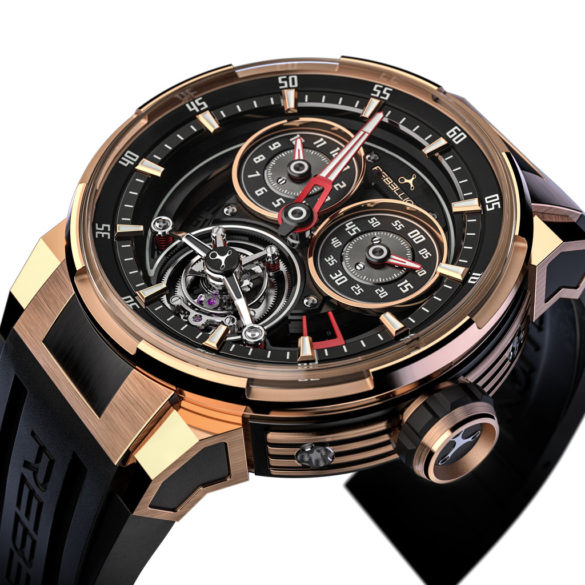 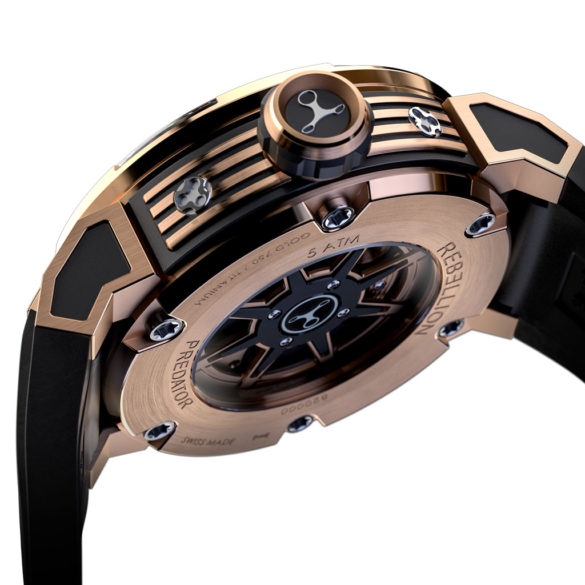 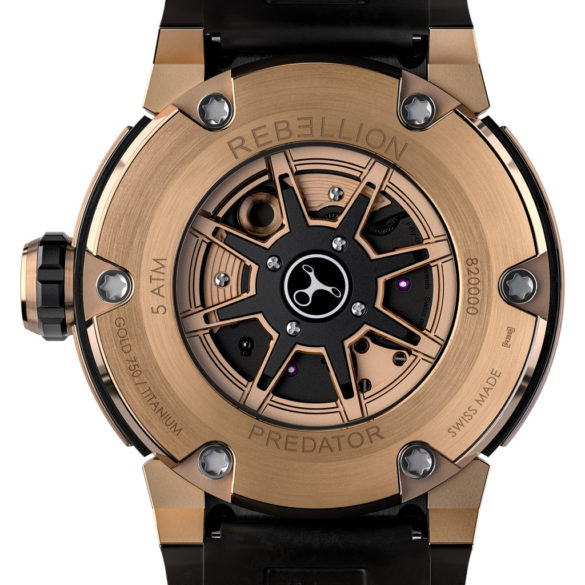 The hours and minutes of the Rebellion Predator 2.0 Regulator Tourbillon are dashboard-styled. Two round clocks with the same typo that can be found in older racecars show the time. On the left the hours, on the right the minutes. So, their axes are not connected (which is why it is a regulator). In the center is a seconds hand and the extra bit comes from the beautifully finished tourbillon at the 6 o’clock position. At 4 o’clock is an aperture for the date. The back is racing too: a see-through case back with racing wheel. 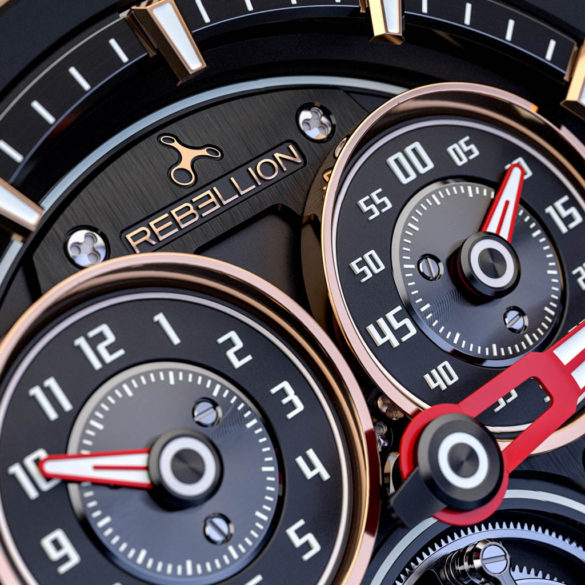 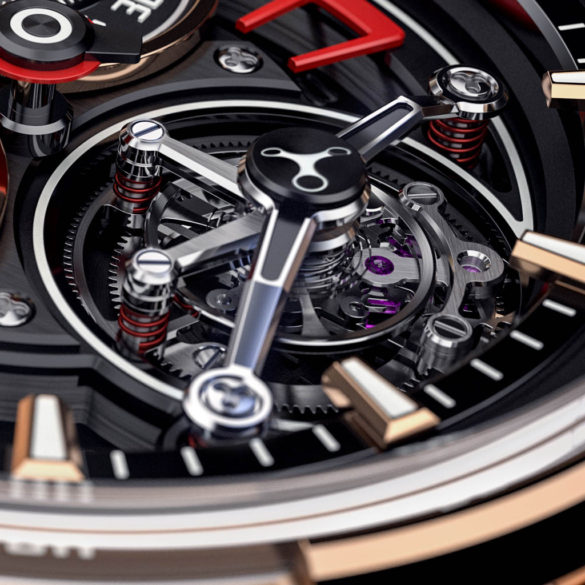 You can choose from three colors as the Rebellion Predator 2.0 Regulator Tourbillon comes in titanium, titanium with black DLC and 5N gold. They all have an open-worked dial where you can see the date disc and parts of the movement. Which is a Telos Watch caliber P351 exclusively finished for Rebellion. (Telos is a Swiss movement design company.)

The Predator Regulator 2.0 tourbillon in titanium is limited to 30 pieces. It is an exclusive tourbillon which can be made even more exclusive as Rebellion can personalize the case for you. Looking at the exclusivity, the materials and the movement the price is quite friendly. Check the video below the specs to see how it runs. You can find other watches within the same price range here. 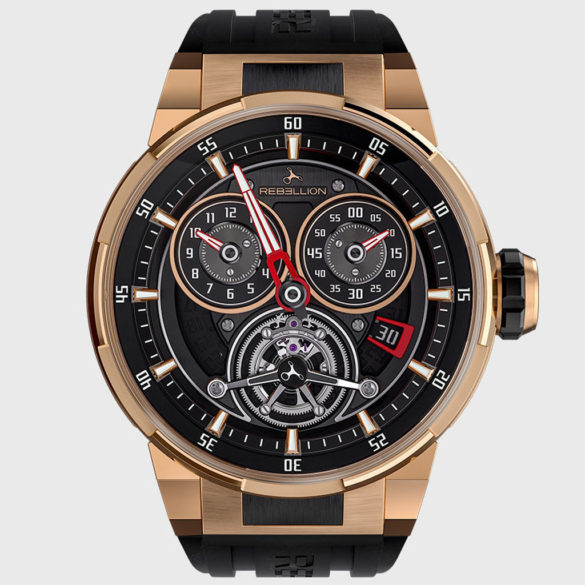 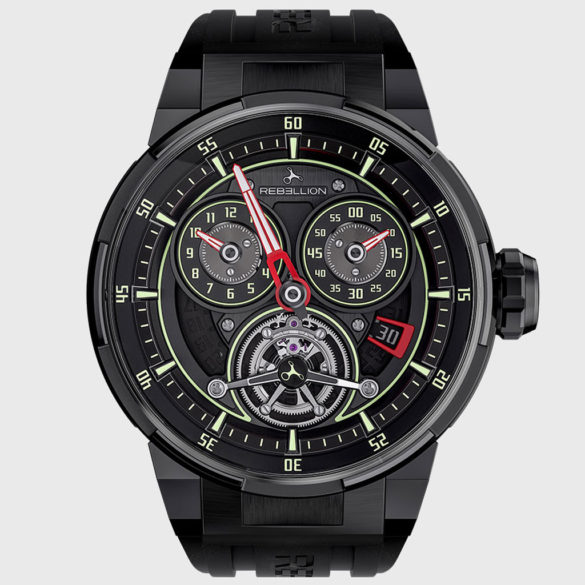 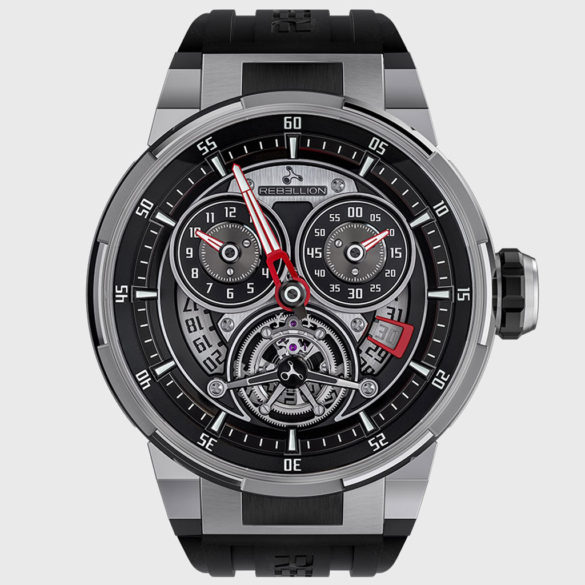