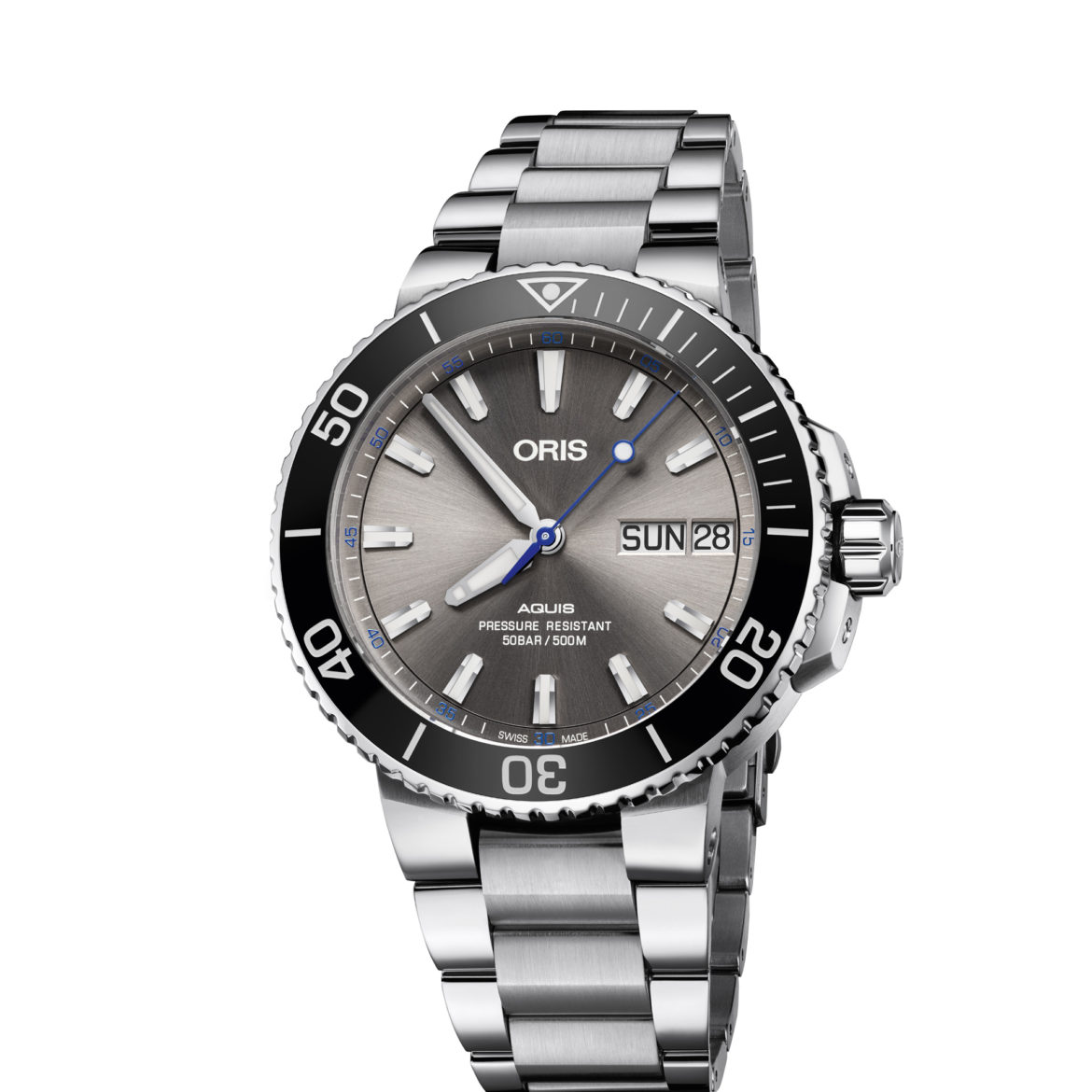 Since Oris made its first diver in the 1960s the brand is committed to oceans and the wildlife in the oceans. Unfortunately, a lot of species are endangered, mostly threatened by us, humans. Therefor it’s a good thing brands like Oris support the preservation of the oceans and its population. Like the hammerhead, which is a shark with a very strange nose. With this Oris Hammerhead Limited Edition the brand support a preservation project.

Oris is not the first, and hopefully not the last to support wildlife. Somehow sharks are an attractive fish to support. Despite of their habit to bite everything that moves. The tuna is also endangered but has less appeal. Last year IWC with its Aquatimer Chronograph Edition Sharks and Edox with its Sharkman I Limited Edition supported the preservation of the shark too.

The Oris Hammerhead Limited Edition has a Sellita base caliber 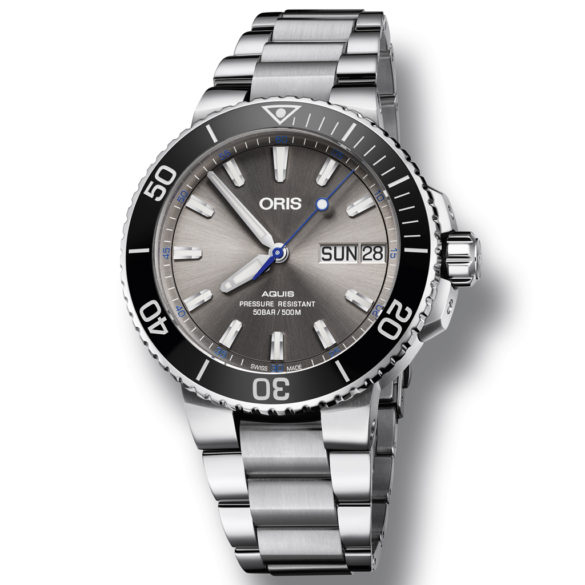 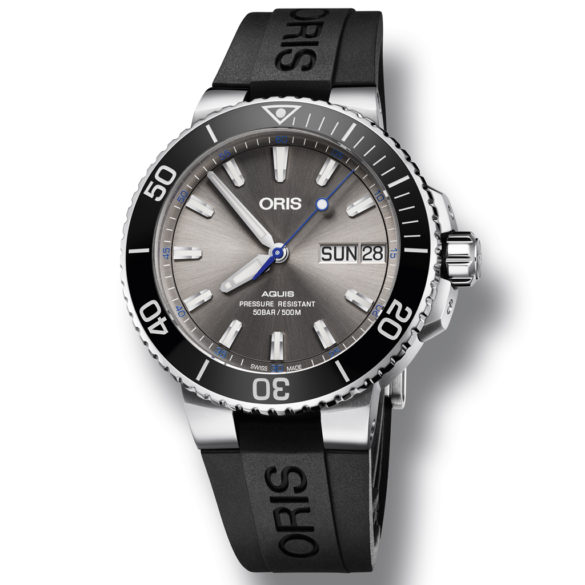 The sunray dial of the Oris Hammerhead Limited Edition looks like the color of shark skin. The blue tones of the seconds hand and seconds indexes reflect to the ocean. Furthermore the diver has a big day and day indication at the 3 o’clock position. The unidirectional rotating bezel with white minute scale has a black polished ceramic inlay.

The Oris Hammerhead Limited Edition houses the Oris caliber 752 which is used in other models as well. It is based on the Sellita SW220-1 caliber and offers a power-reserve of 38 meters. The model is limited to 2,000 pieces. 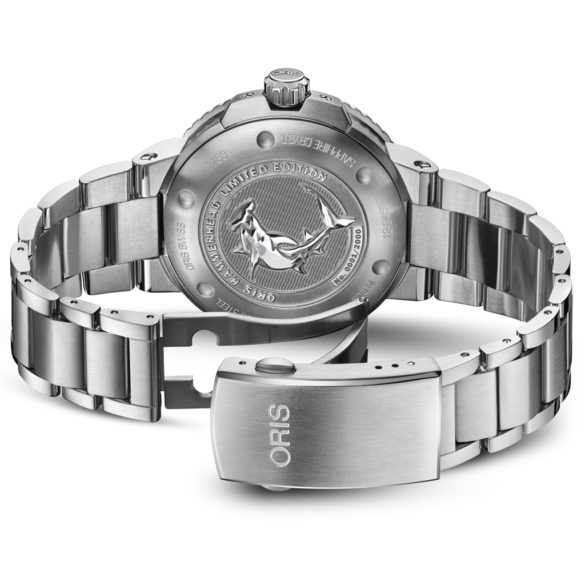 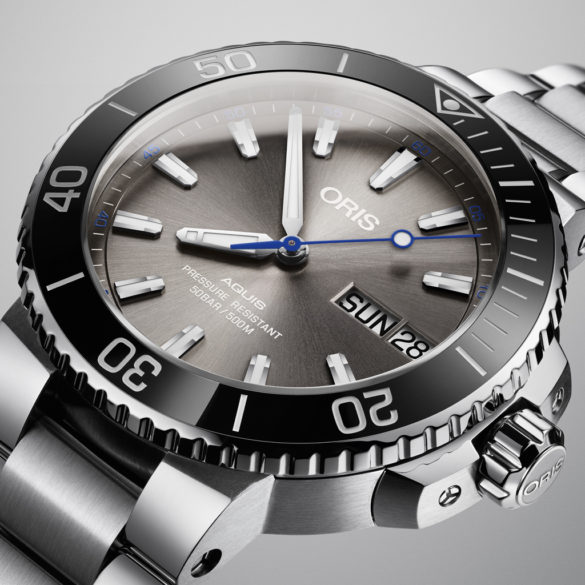 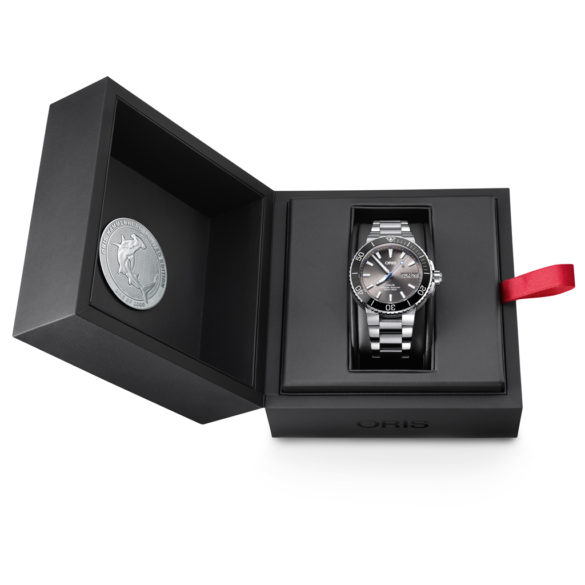