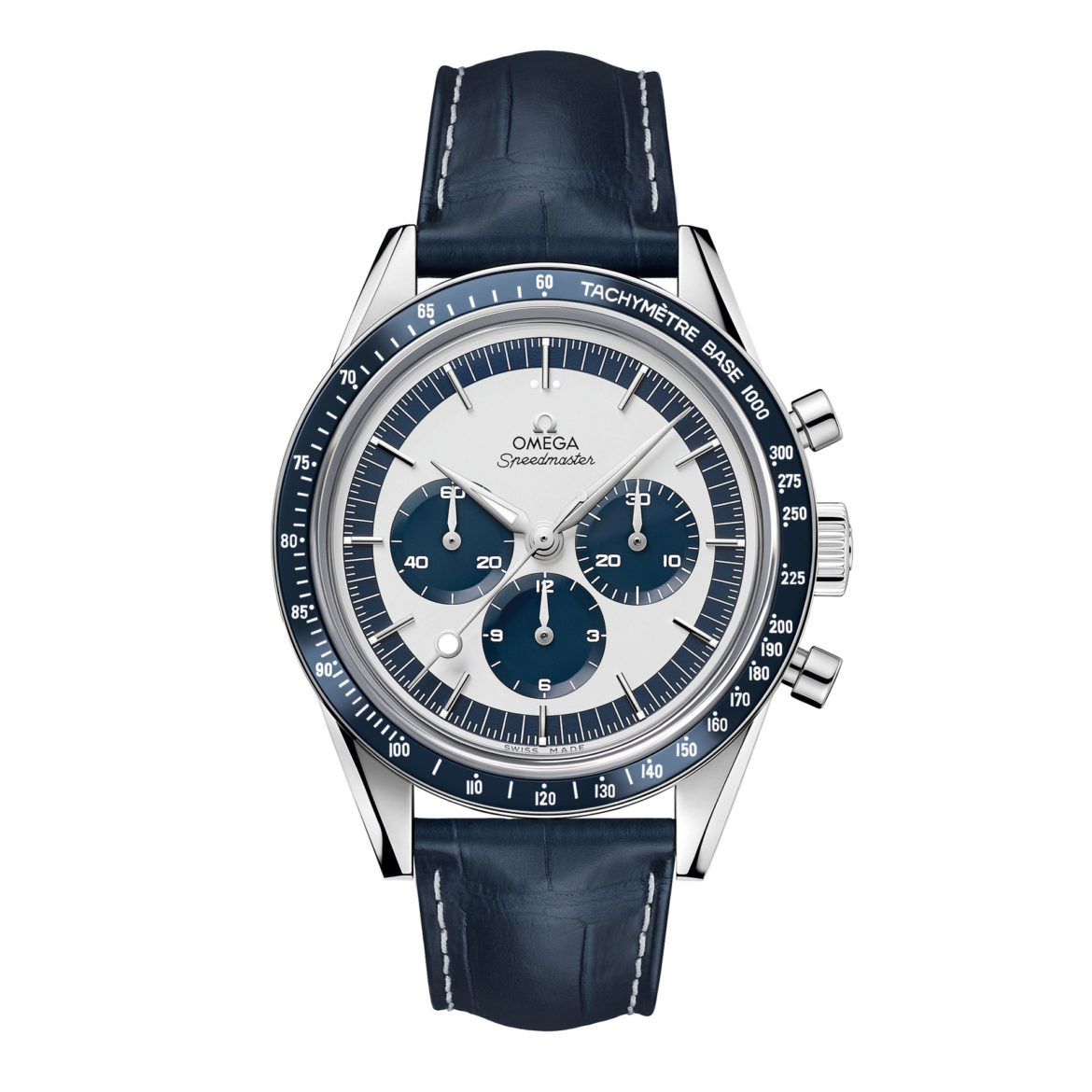 The Speedmaster’s history started in 1957 when it was introduced as a sports and racing chronograph. It complemented Omega’s position as the official timekeeper for the Olympic Games. The name ‘Speedmaster’ was chosen for its tachymeter scale bezel and following the Omega convention used for other models like the Seamaster and the Railmaster. The Speedmaster was initially part of the Seamaster series.

This first Speedmaster model, with reference CK2915 from 1959, also known as the ‘Broad Arrow’, was designed by Swiss Claude Baillod. The hallmarks: a triple-register chronograph layout, high-contrast index markers and domed Plexiglas crystal. That model had straight lugs, broad arrow hands and the bezel was in steel with engraved black print. The case diameter was 39 millimetres. 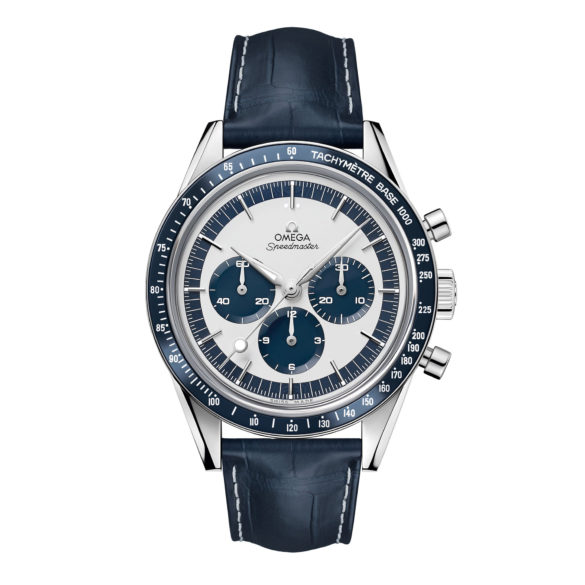 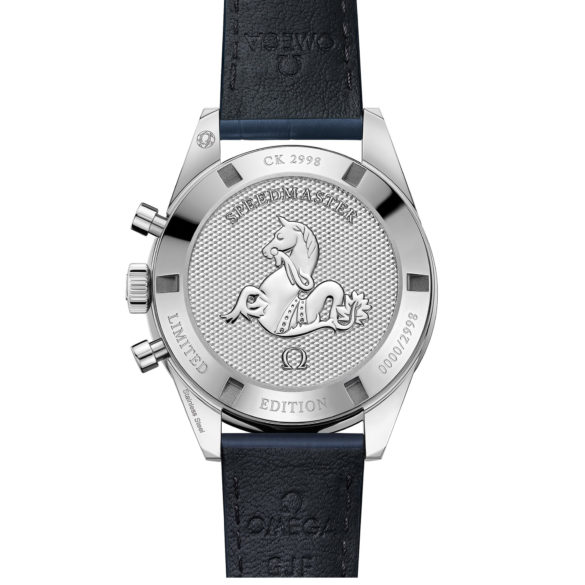 In keeping with tradition, the new Speedmaster CK2998 retains its classic Alpha hands and symmetrical stainless steel case, with three sub-dials enriched by a deep blue. This colour theme continues on the bezel with its tachymeter base 1000 scale, the minutes track, as well as on the leather strap which includes subtle beige stitching.