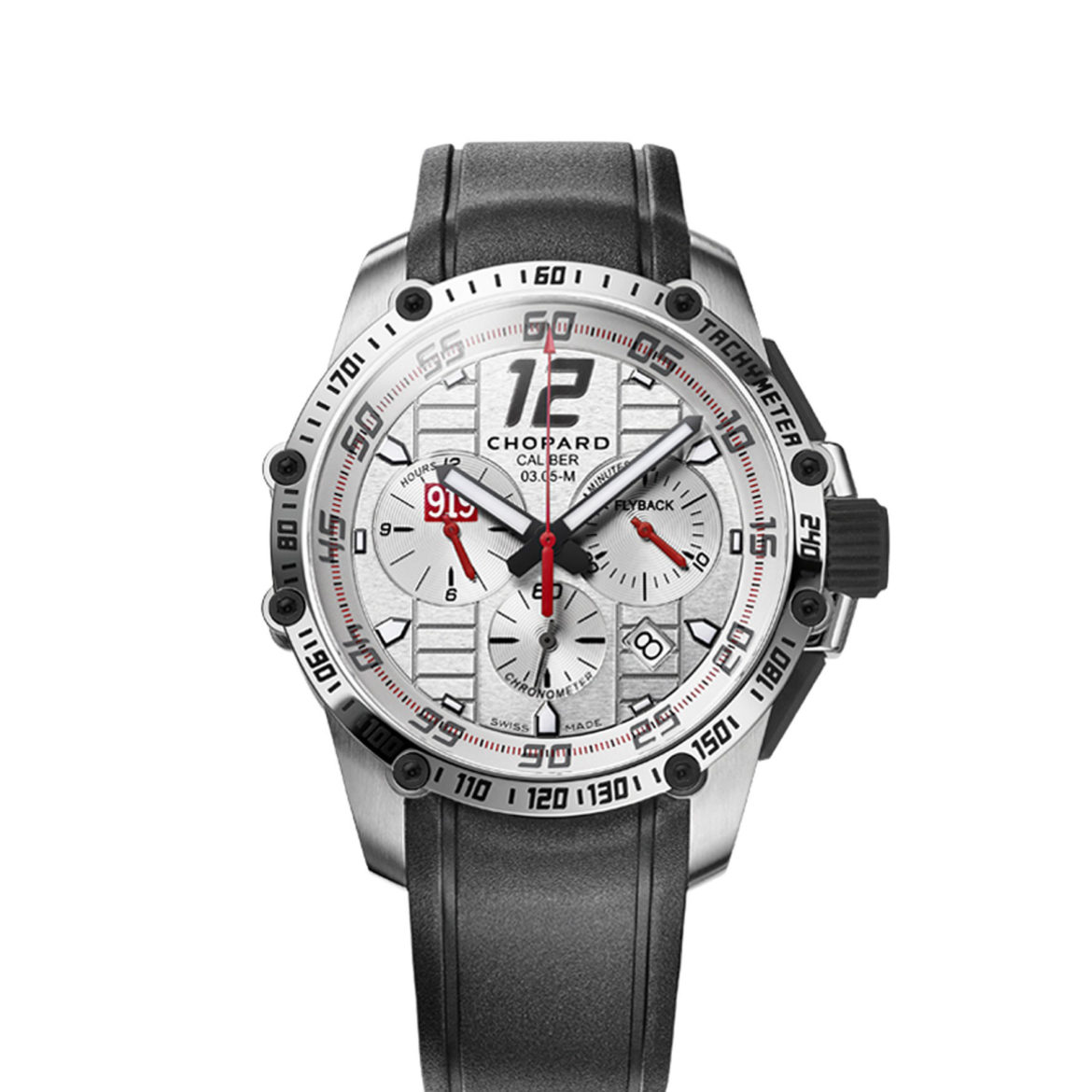 The Chopard Superfast Chrono Porsche 919 Edition celebrates the return of Porsche at Le Mans in 2014. After years of absence, and many glorious victories of Audi (which became a bit boring), Porsche decided to return to Le Mans, the famous 24-hour race in France. However, the 919 Hybrid did not win in 2014.

With an upgraded version of the 919 Porsche beat Audi in 2015 (interesting though as both brands belong to the same company: Volkswagen Group). Porsche won the LMP1 class convincingly. Repeating this success in 2016, rather not convincingly but lucky: Toyota was about to win, until their car failed 5 minutes before the 24-hour race was over. Sure, the Chopard Superfast Chrono Porsche 919 is a limited edition

Back to Chopard. Chopard is the official timing partner of Porsche Motorsport, a good reason to release a special edition of their Superfast Chrono model. The Chopard Superfast Chrono Porsche 919 Edition. It is a sturdy automatic watch: the diameter is 45 millimeters; the thickness is 15.18 millimeters. References to the Porsche 919 Hybrid are numerous: the 919 logo is in the hour dial of the flyback chronograph, the entire color of the watch is the same as the Porsche racing colors: silver. The back cover of the Chopard Superfast Chrono Porsche 919 Edition is transparent and has a large logo of Porsche Motorsport. Through the back cover you see Chopard’s proprietary 03.05-caliber M. The power reserve of the watch is 60 hours. The strap is from rubber and very smooth, a reference to the slicks on which the Porsche 919 Hybrid rides. Price is on request and it is a limited edition of 919 pieces. Well, you would have guessed that number.

Watch the video of Chopard, with Porsche at Le Mans: