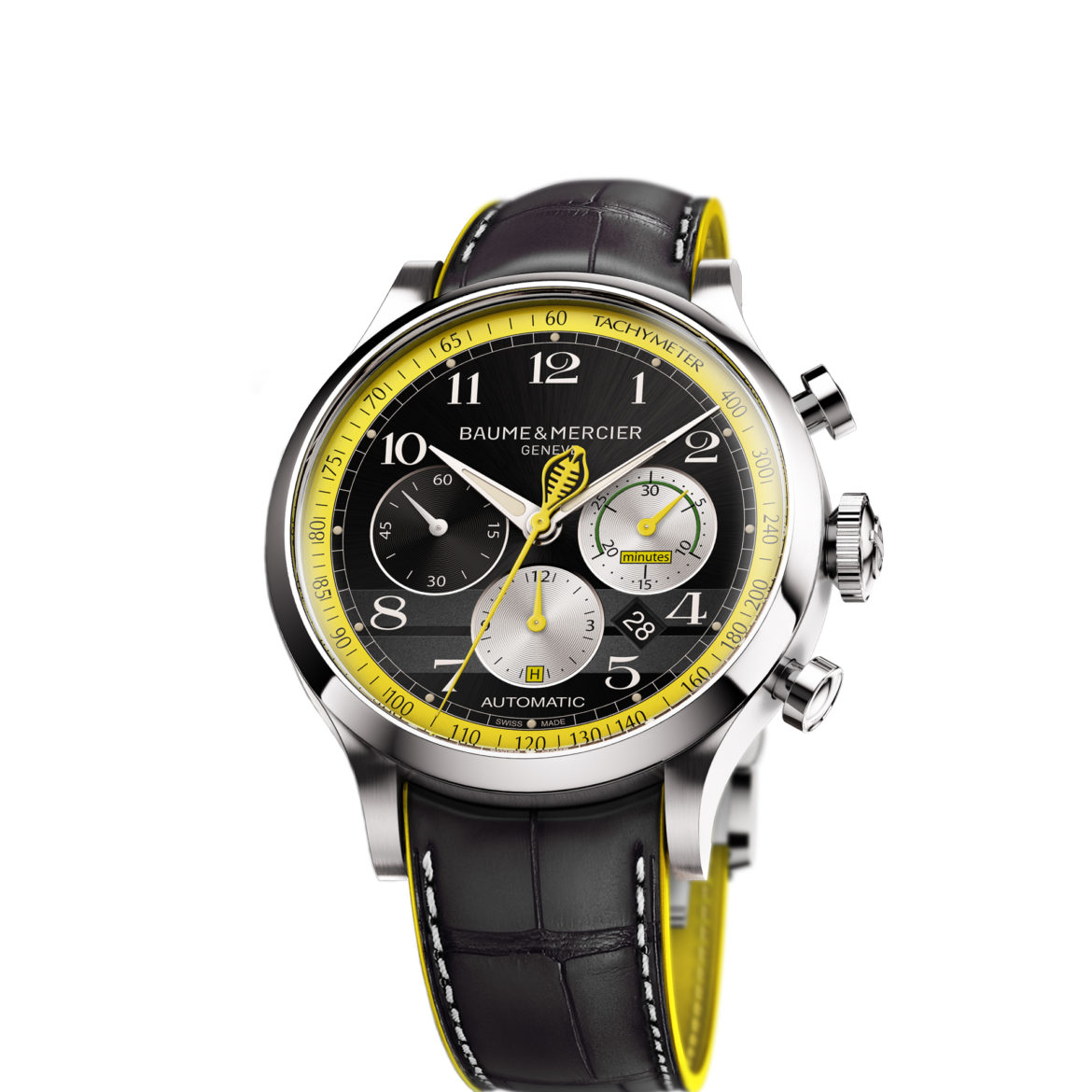 This special Baume & Mercier Capeland Shelby Cobra 1963 Tribute Edition underlines the alliance between Baume & Mercier and Carroll Shelby International. This alliance already resulted in several splashing Baume & Mercier models. This newest limited edition will probably be the most difficult one to buy. The model celebrates the legendary Cobra CSX2128 roadster that performed the 12 Hours of Sebring in 1963. Carroll Shelby International announced the reproduction of 15 cars built exactly like the original car. And all the owners will get the Baume & Mercier Capeland Shelby Cobra 1963 Tribute Edition. The chassis number of each car will be engraved on the caseback of the watch.

Inside the 44 millimeter case is the mechanical self-winding Valjoux 7753 movement. Details on the dial and hands in yellow, black and white are inspired by the victorious Cobra CSX2128 roadster. The yellow tachymeter scale as well as a subtle green graduated scale on the chronograph minutes counter are design features you will find on the dashboard of the car. If you are interested, the “Sebring Tribute” limited edition Cobra roadsters will go into production during the second quarter of 2016. The lightweight roadsters will come complete with a genuine 289 c.i.d. aluminum engine and Ford transmission and will be available in aluminium or fiberglass.