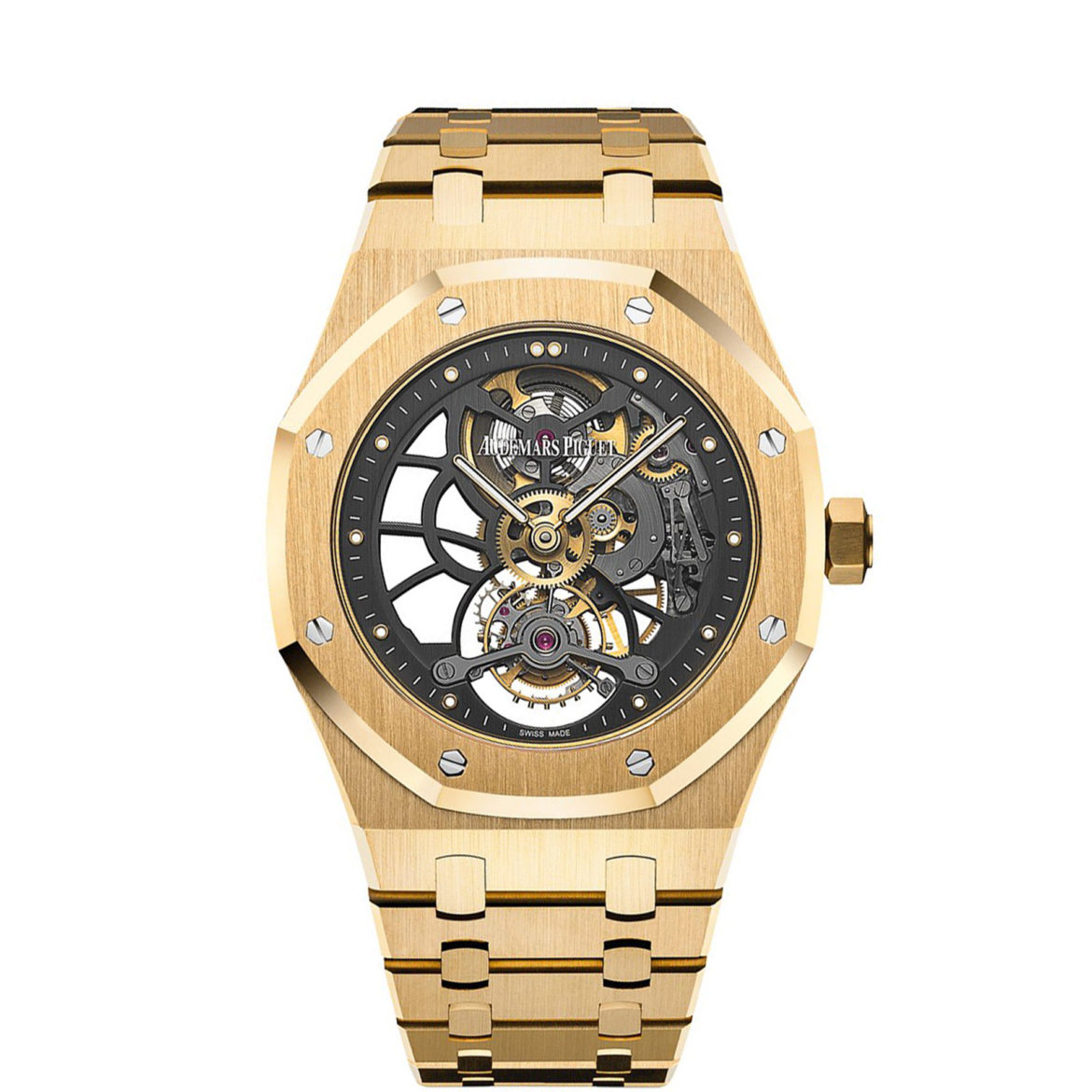 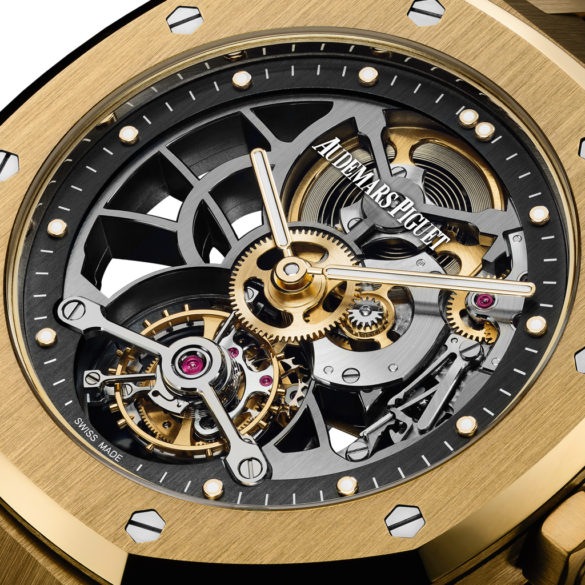 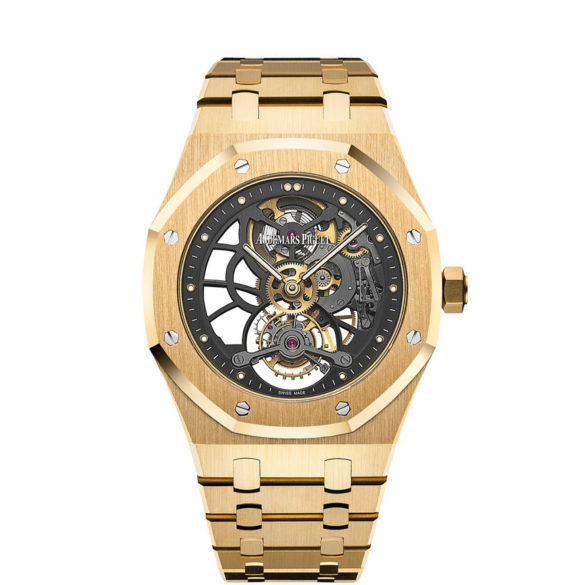 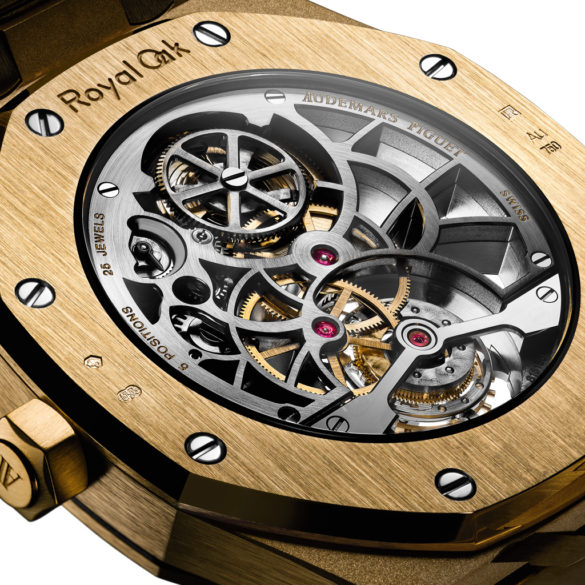 The 41-millimeter case is made from 18-carat yellow gold and houses AP’s caliber 2924. This movement was also launched in 2012 to celebrate 40 years of the Royal Oak model. The whole movement is hand-finished and has over 100 polished angles. The combination of yellow gold and slate grey offers a perfect contrast in colors clearly showing all the details of the movement.

The Audemars Piguet Royal Oak Tourbillon Extra-Thin Openworked is also available with a platinum case. A less notable version yet as striking as this one.