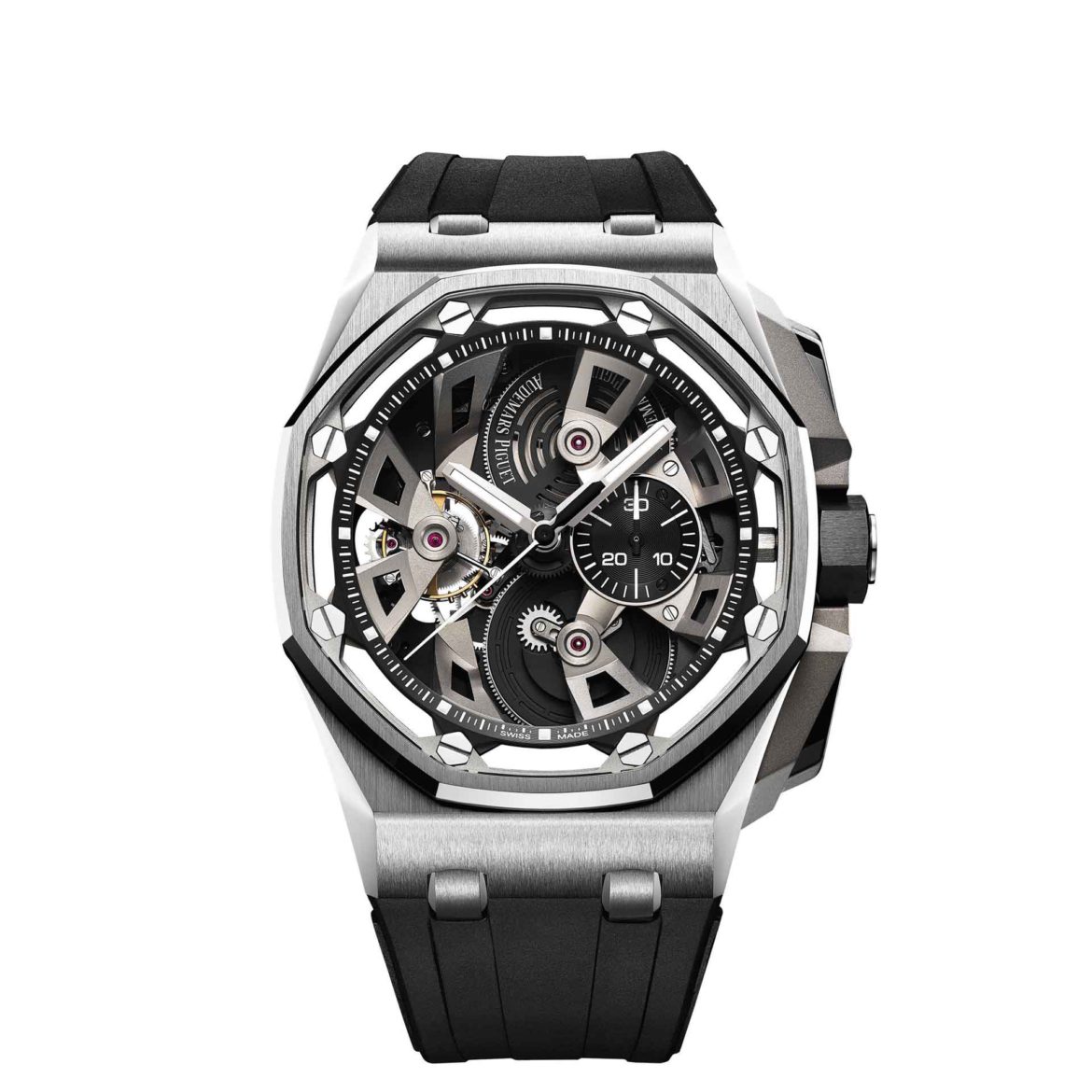 And well, it is modern and definitely completely new. Beauty is in the eye of the beholder. But maybe this is too overdone. Sure, it is aggressive and bold, just like the first Royal Oak Offshore was received, but this is just a designer gone wild. People nicknamed the first Royal Oak “The Beast”, any suggestions for this one?

Of course, the Offshore DNA can be seen in the architectural new bezel. Still octagonal, but together with the futuristic skeletonized black dial, much of it has been cut away to show of the all new AP 2947 hand-wound movement. Specially designed bridges support the two larger barrels which deliver 173 hours power reserve and the tourbillon at 9 o’clock. 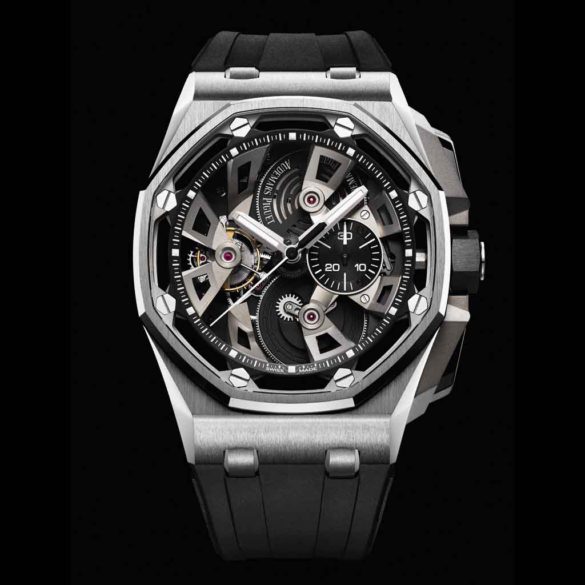 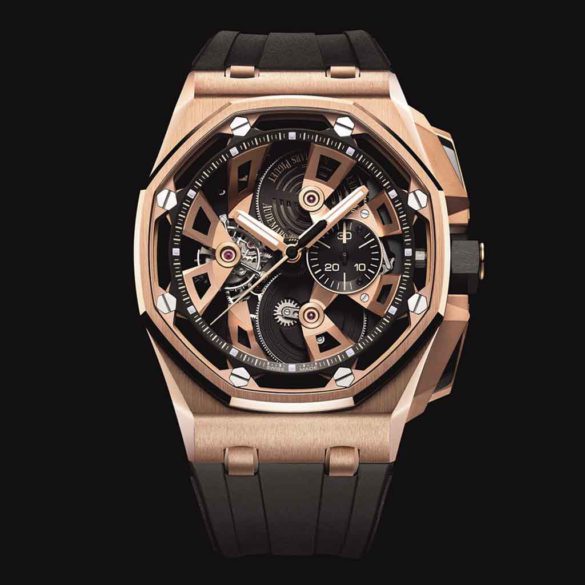 The Royal Oak Offshore has become a moneymaker for AP with over 120 references launched since its inception in 1993. A divisive watch amongst watch lovers. Even the designer of the original Royal Oak was apparently not a big fan, but it has nevertheless become a big success for the Swiss brand.

If the design of the new Audemars Piguet Royal Oak Offshore Tourbillon Chronograph 25th Anniversary is here to stay, remains to be seen. But as a conversation piece it works brilliantly. And it is a thousand times better than just slapping a new dial on it with some horrendous color scheme and calling it your ‘25th’.

The Royal Oak Offshore Tourbillon Chronograph 25th Anniversary comes on a black rubber strap and both the steel and 18-carat pink gold versions are limited to 50 pieces. Pricing will be announced soon. 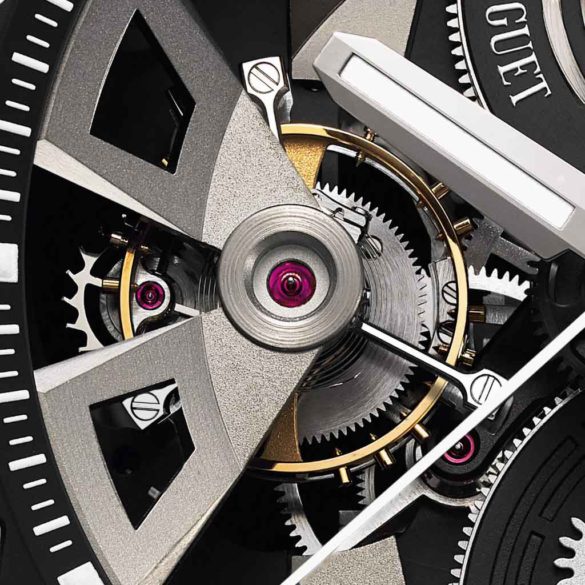 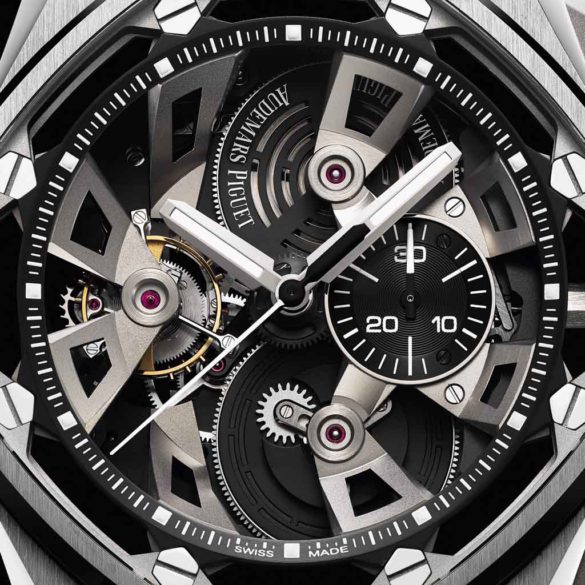 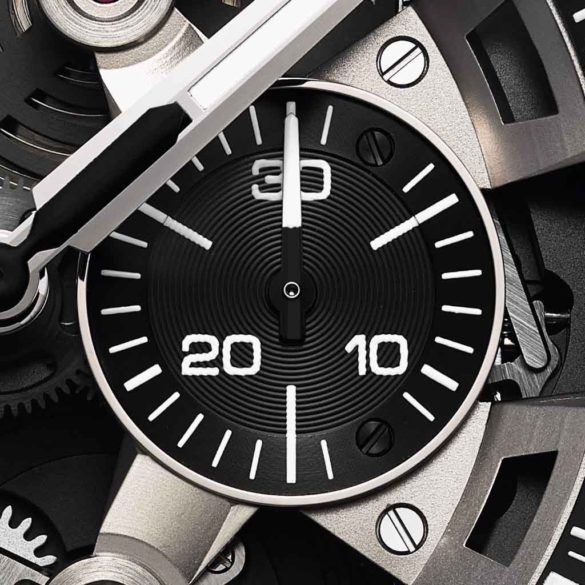