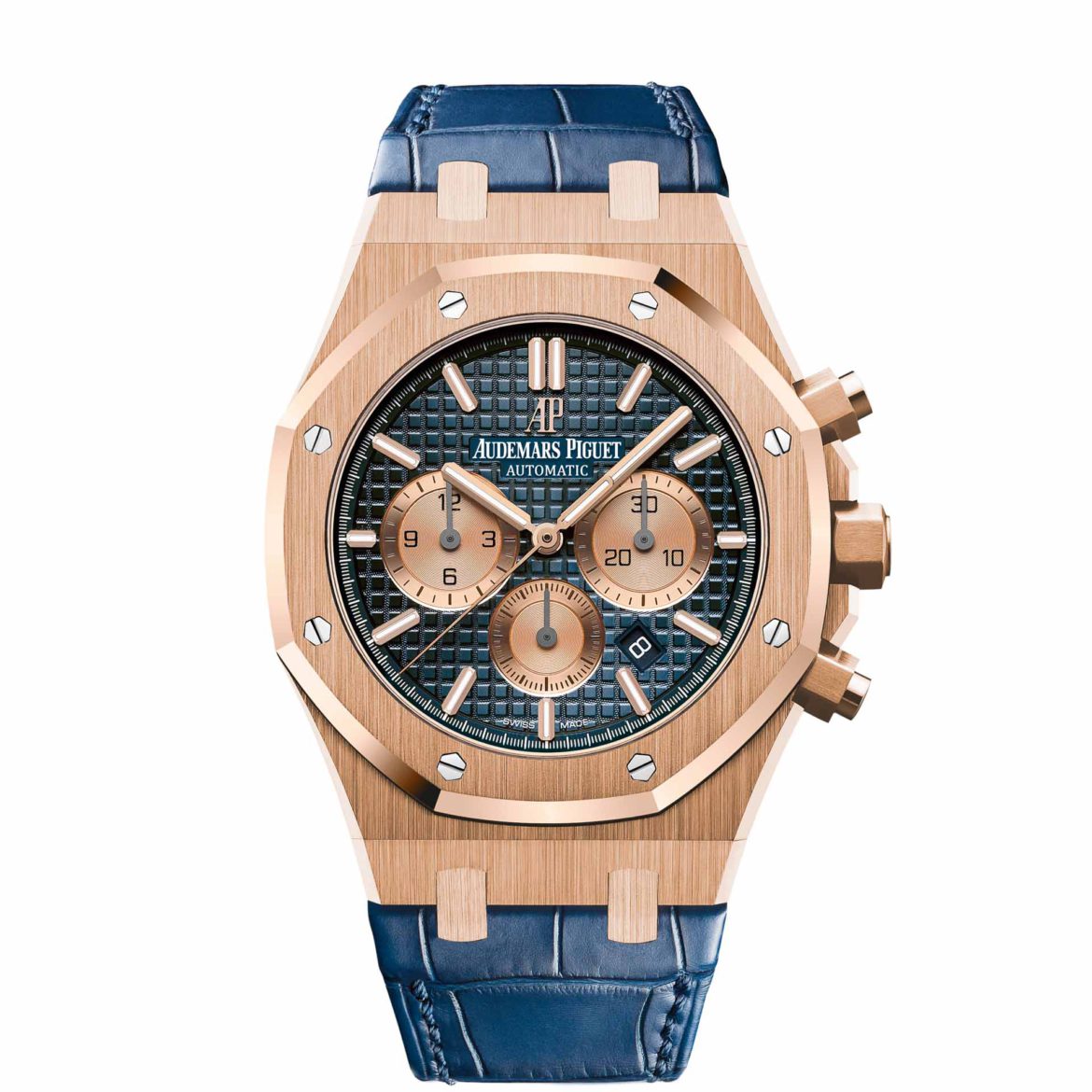 The practicality of the Royal Oak Offshore without the flashiness. The Audemars Piguet Royal Oak Chronograph 2017 is the best of both worlds. Sportiness combined with the distinguished and iconic octagonal bezel with the hexagonal screw design.

The Royal Oak Chronograph was introduced in 1997 and the 2017 model has some minor tweaks. Most notably shorter, but wider hour markers, a relocated date window between 4 o’clock and 5 o’clock and larger chronograph counters at 9 o’clock and 3 o’clock. 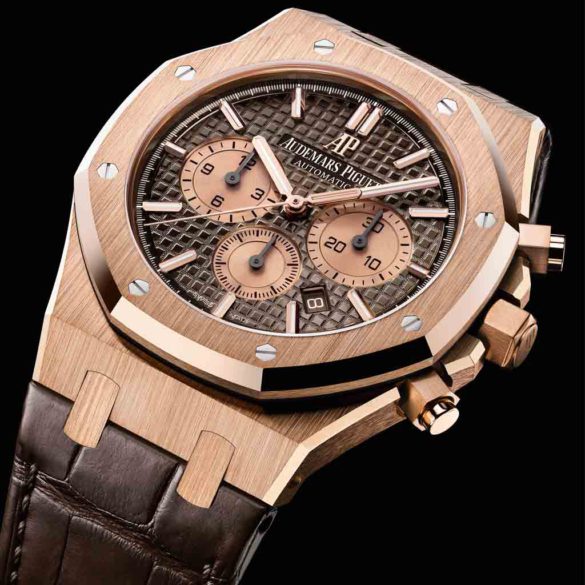 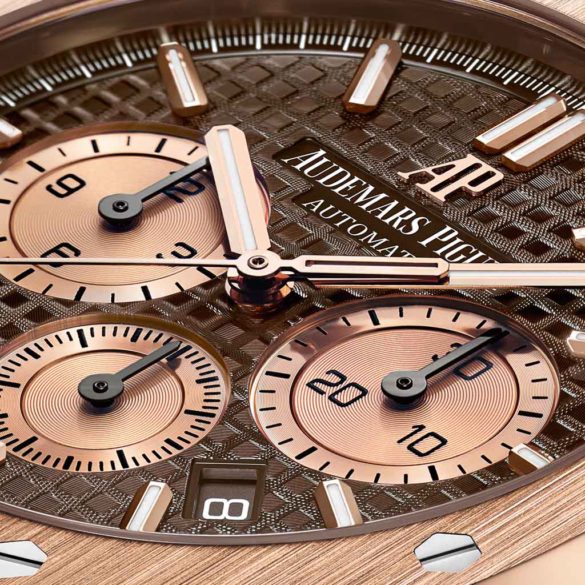 The typical Audemars Piguet Grande Tapisserie dial – inspired by a design from 2008 – works perfectly with a brown, blue, silver, grey or black dial, where the subdials contrast the color of the main dial.

The Royal Oak, whatever the iteration, is one of the most important watches from the 1970s. A time where the Swiss watch industry was in the so-called quartz crisis and they were fighting to preserve their craftsmanship and tradition. The Royal Oak from legendary designer Gerald Genta became AP’s salvation in a way, with the Chronograph as a logical evolution. A mix of heritage and breaking conventions. One that has proven to be a success, decade after decade.

The Audemars Piguet Royal Oak Chronograph 2017 comes in eight version: one in titanium (with platinum dial), three in stainless steel, four in pink gold. Just pick your favorite material, the dial color and strap you like. See all the models below the specs. 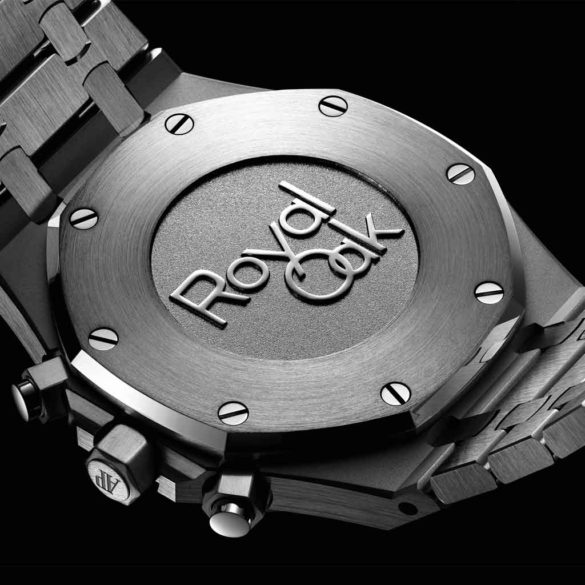 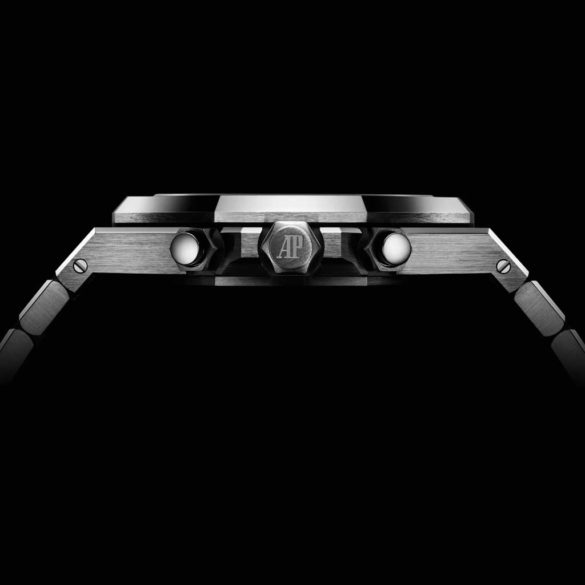 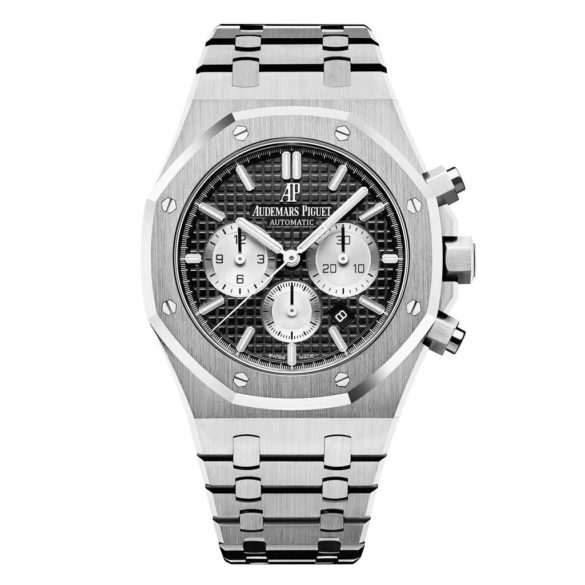 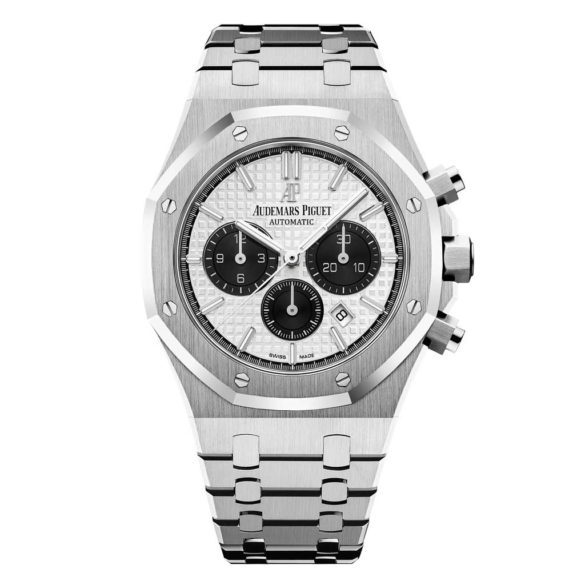 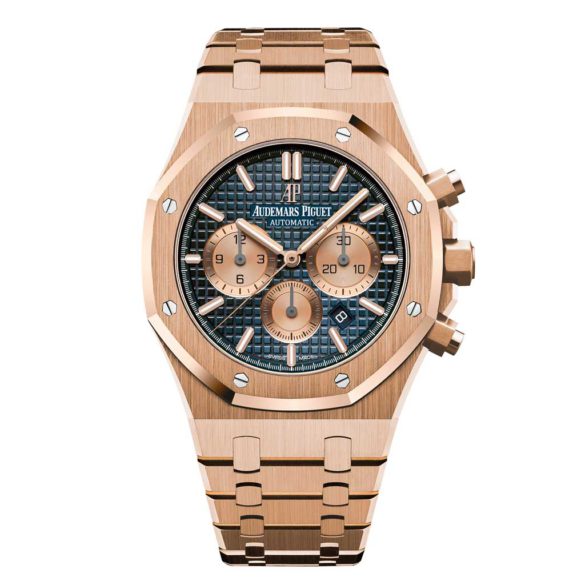 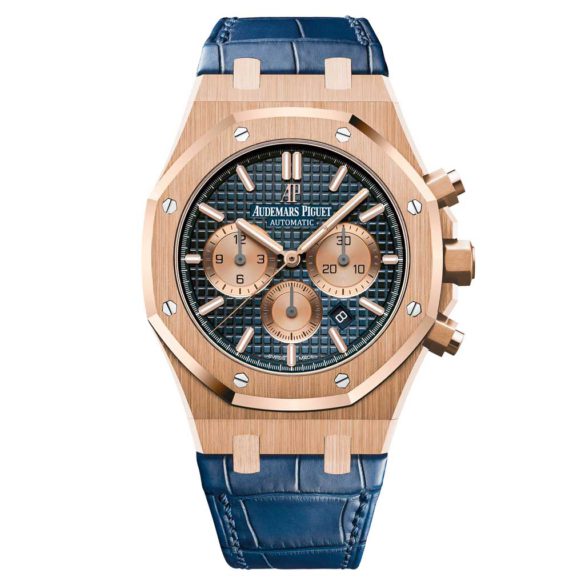 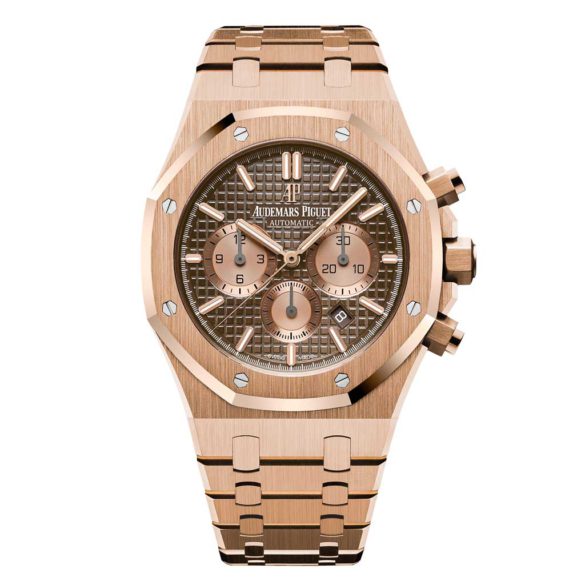 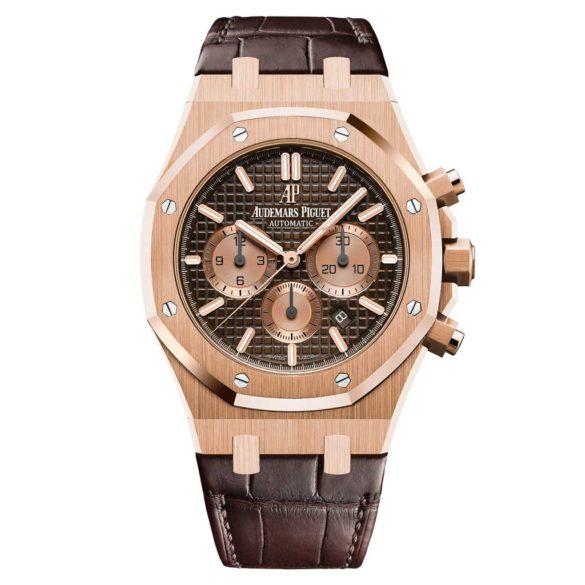 The Audemars Piguet Royal Oak Chronograph 2017 in pink gold, available either with a gold bracelet or a leather strap