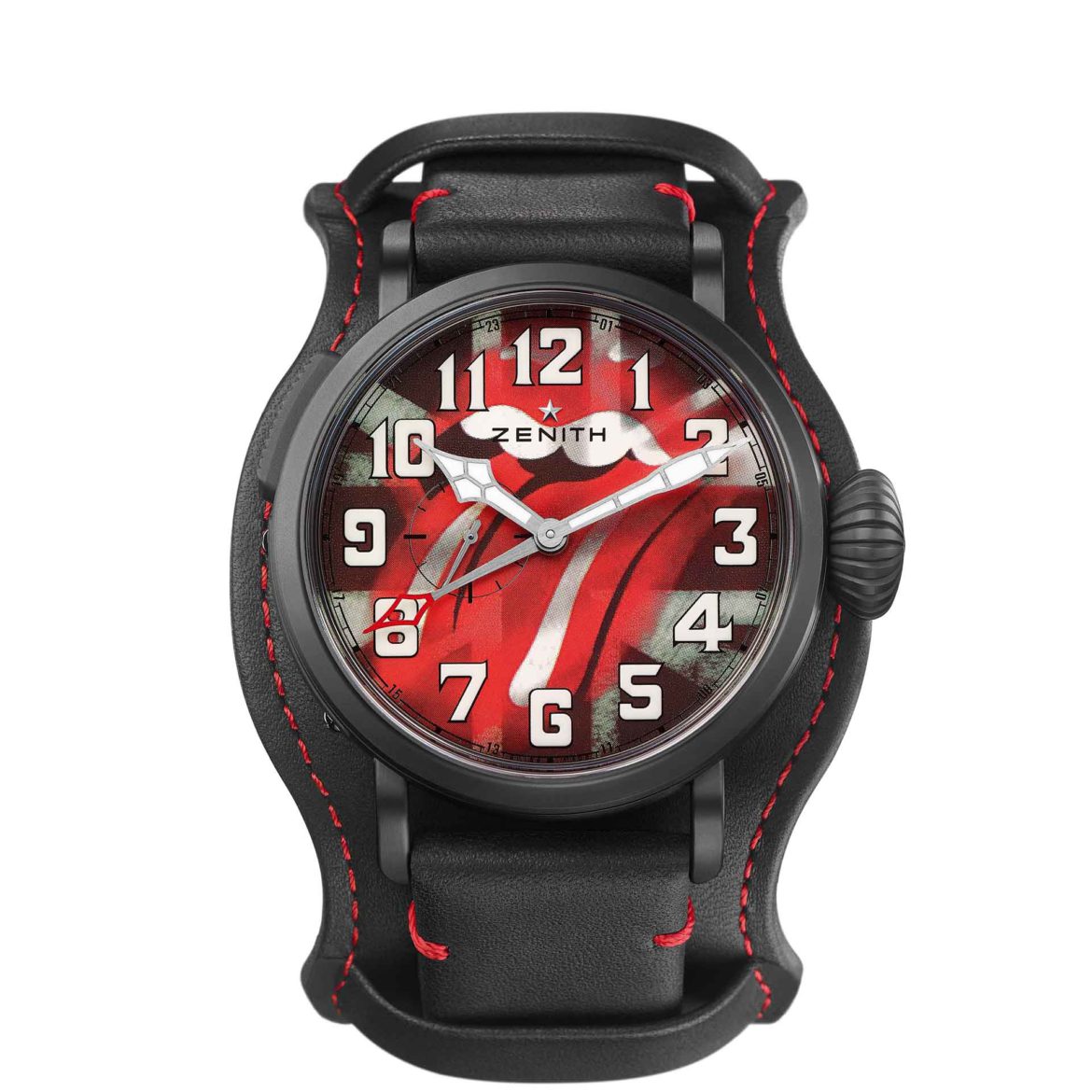 While most other special editions have some subtle reference to the famous Rolling Stones tongue, this one shouts like Mick Jager himself. The Zenith Pilot Type 20 GMT Tribute to the Rolling Stones uses the entire dial for the iconic logo. With the Union Jack as a backdrop. The Tribute watch is a version of the Zenith Type 20 Pilot’s Watch, the one with that big onion crown. 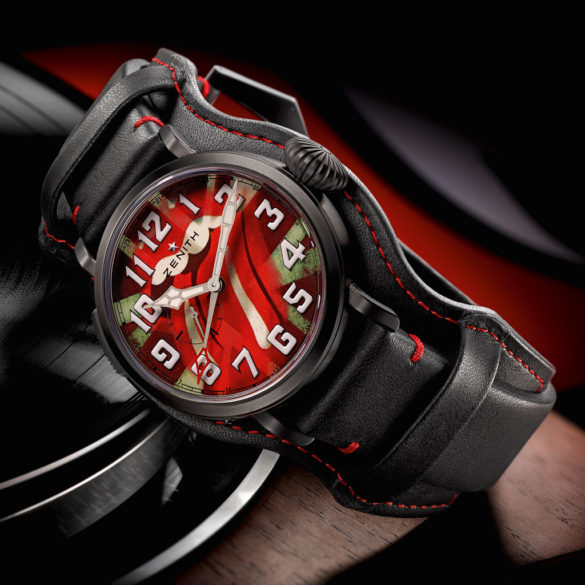 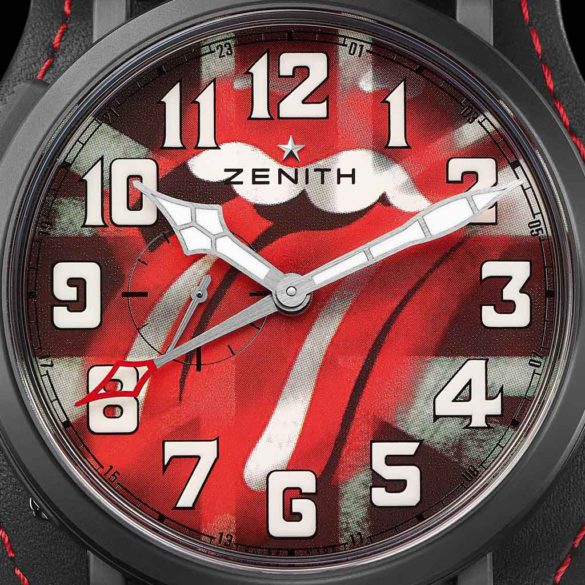 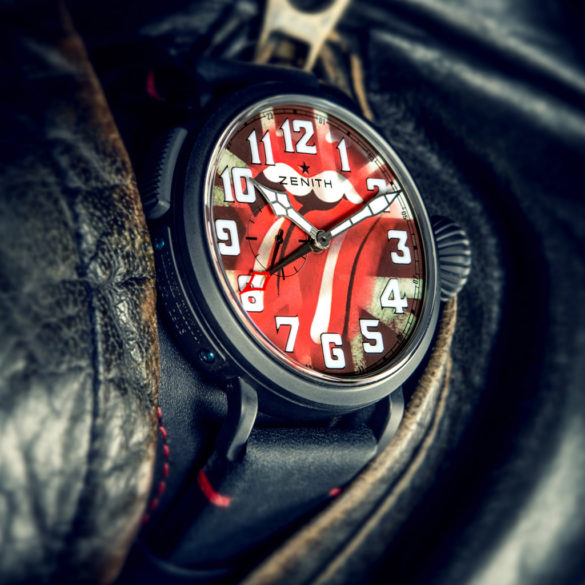 It is a bit in your face, but the dial remains easy to read because of the super-luminova that is not only used for the larger numerals but also the hour and minutes hand. For the GMT hand you have to look twice. And just don’t use the small seconds.

To complete the whole Rolling Stones tribute, the case back of the pilot’s watch has also been engraved with yet another rendition of the tongue. The robust 48-millimeter titanium DLC case comes with a black calfskin strap with protective rubber lining. The back of the strap has a leather imprint of Zenith’s Flying Instruments logo.

The Zenith Pilot Type 20 GMT Tribute to the Rolling Stones is the final collaboration between Zenith and the rock band, since the partnership has come to an end. The watch is limited to 200 pieces.