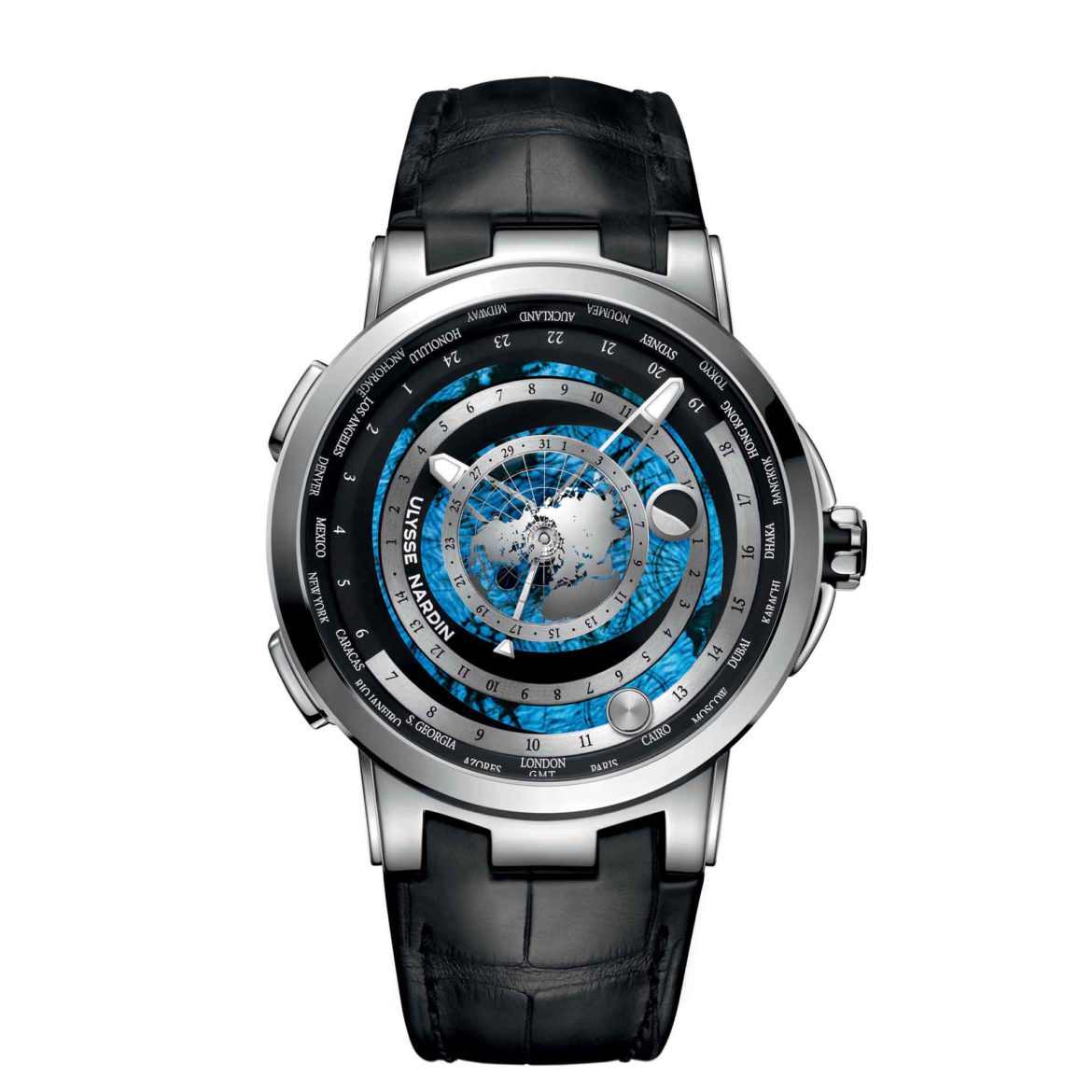 Astronomical timepieces always demand a certain kind of admiration. Calculating those complicated orbits within a mechanical movement is astonishing. Like with this new Ulysse Nardin Executive Moonstruck Worldtimer, the only watch to depict the movements of the Moon and Sun in relation to the Earth, as well as a map of the tides.

Will we use it on a daily, monthly or even yearly basis? Probably not. Do we want it? Most definitely. But perhaps a more precise explanation would be helpful.

In its purest definition, the Executive Moonstruck Worldtimer recreates the Moon’s orbit and the apparent movement of the Sun around the globe. Just as it is seen from the Earth. 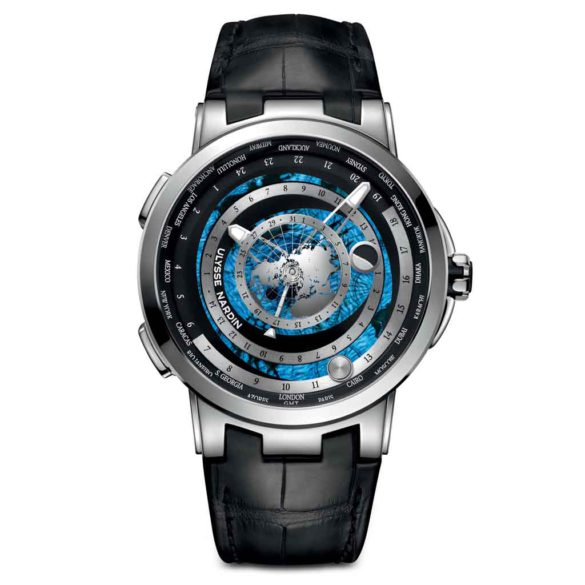 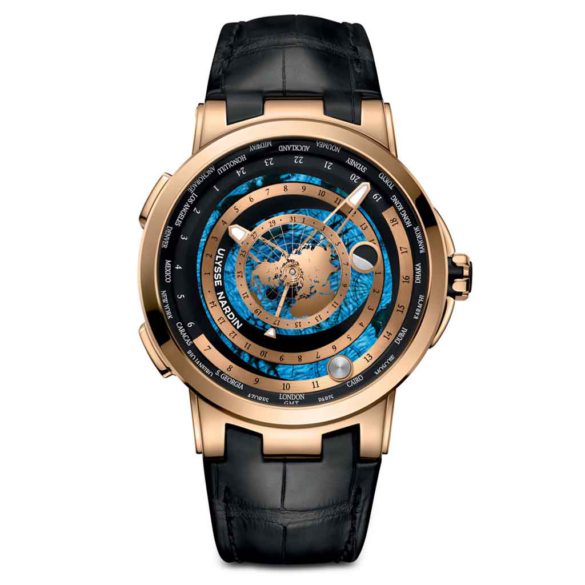 The watch has an intuitive display, which hides a sophisticated mechanism that provides an unusually accurate indication of the phases of the Moon. In the center of the dial, the Northern Hemisphere is depicted as seen from above the North Pole. Six o’clock in London represents the Greenwich meridian, marking Greenwich Mean Time.

In addition three concentric discs turn around this fixed map of the world. The outermost circle features a symbol representing the Sun. This solar disc, which completes one revolution in 24 hours, also sweeps over a display of 24 time zones and is equipped with a day/night indicator. These markings control the world timer function, allowing the wearer to simultaneously display the time in the 24 cities inscribed on the internal flange.

The Ulysse Nardin Executive Moonstruck Worldtimer is powered by Ulysse Nardin’s self-winding in-house caliber UN-106 with a power reserve of 50 hours. The watch comes in either platinum or 18-carat rose gold and is limited to 100 pieces each. 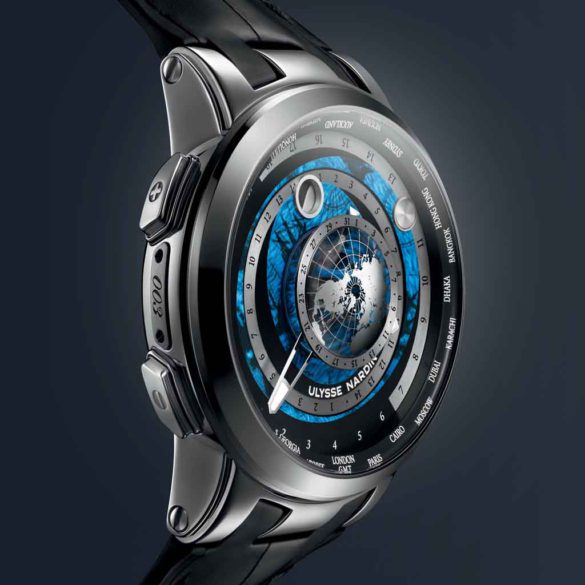 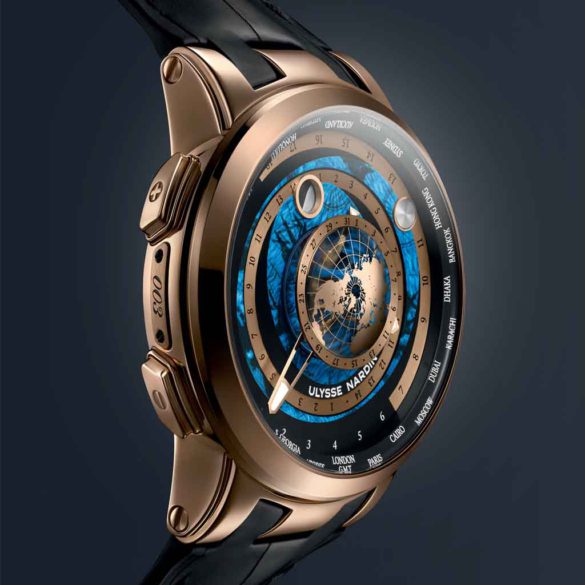