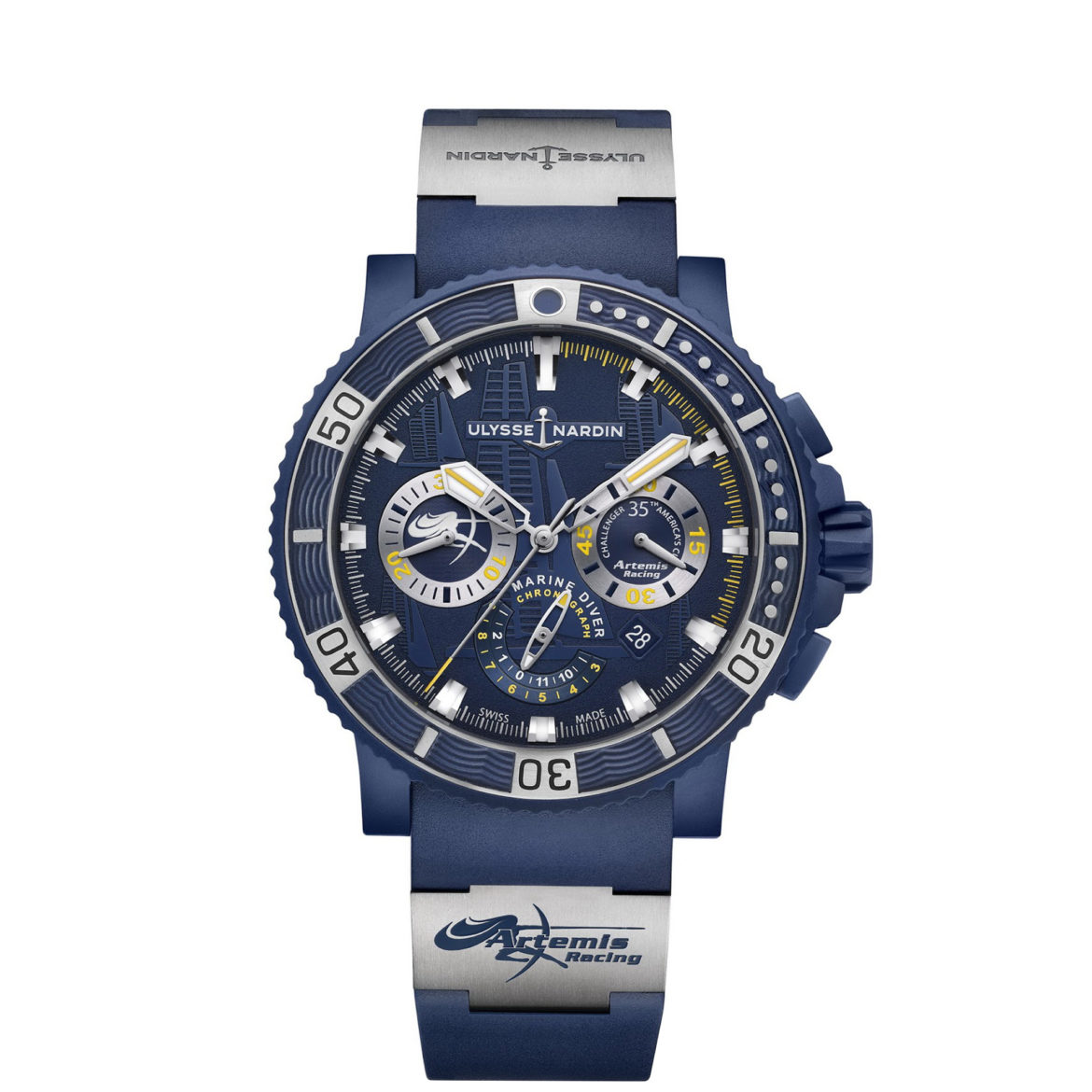 Artemis is an ancient Greek goddess of chastity, virginity, the hunt, the moon, and the natural environment. A heroic name for a sailing team. Artemis Racing represents Kungliga Svenska Segel Sällskapet (KSSS – the Royal Swedish Yacht Club) which is the fifth-oldest yacht club in the world. That is why their colors are blue and yellow, the national colors of Sweden, which can be found on the watch. 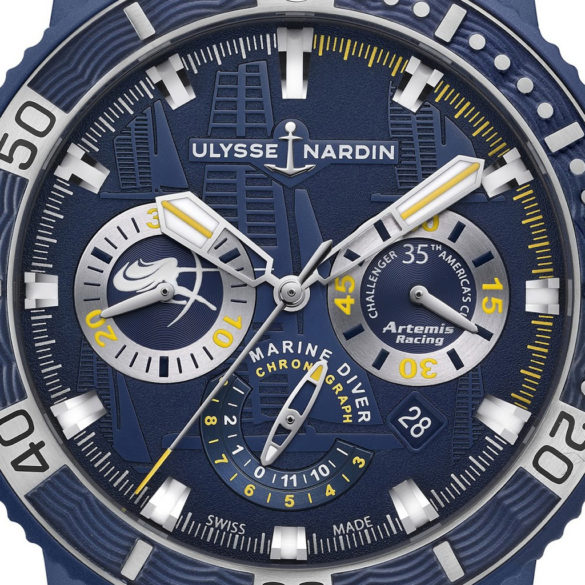 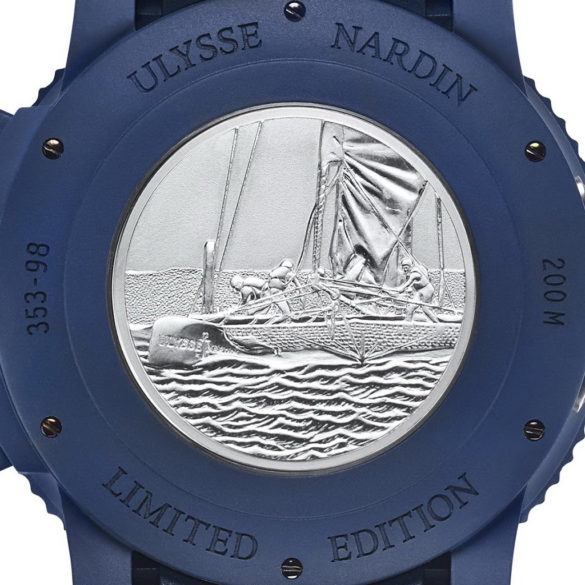 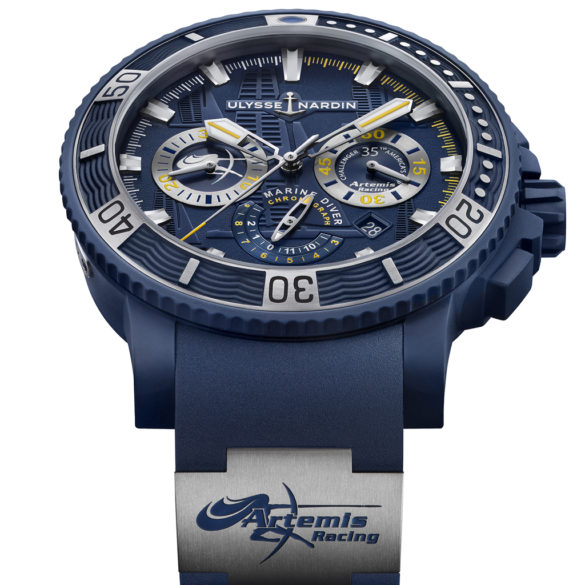 The America’s Cup had its first contested in 1851 and it is the oldest trophy in international sport. Ulysse Nardin is sponsor of this cup – which resulted in a few time pieces. Like the Ulysse Nardin Classico Schooner America. And this Ulysse Nardin Diver Chronograph Artemis Racing 2017.

Inside is an ETA based Ulysse Nardin caliber UN-35 with a chronograph module by Dubois Dépraz. The blue dial shows a 3D reproduction of a regatta in full sail. The back features a steel medallion engraved with a silhouette of the Artemis Racing catamaran. The logo of Artemis Racing is also on a metal piece of the rubber strap. 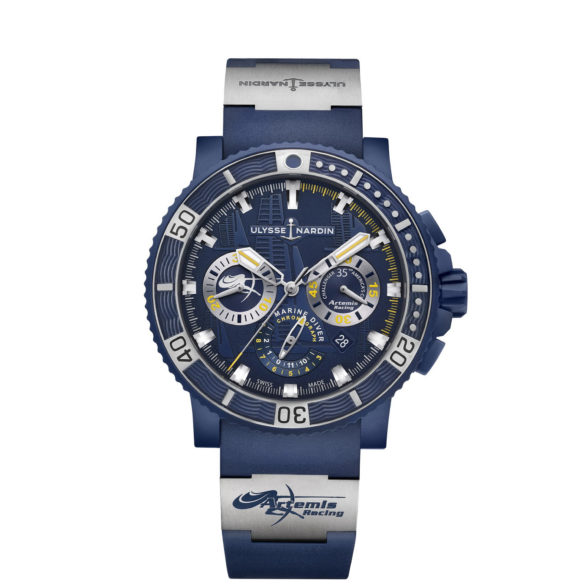 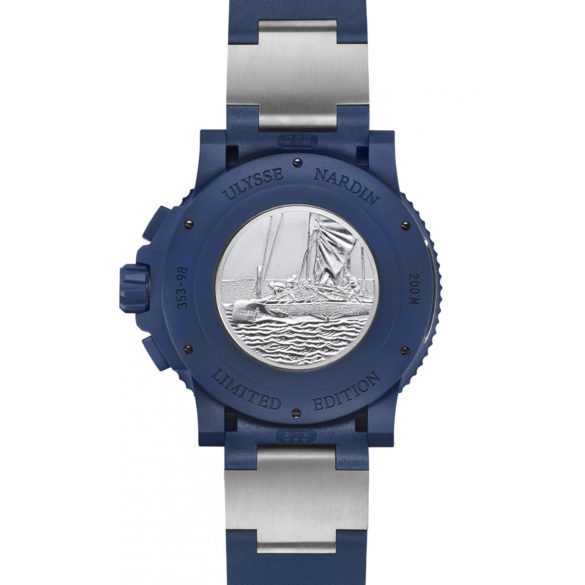