The late Swiss artist Hans Ruedi Giger (5 February 1940 – 12 May 2014) has been an important part of movie history with his designs for the Alien films. For which he won an Academy Award. He also did some other well-known sci-fi and horror projects and this Strom Agonium In Memoriam HR Giger honors the man.

As an artist, he did not construct the most happy images, but they are impressive nonetheless. His last project was a watch design for the Swiss brand Strom that HR Giger completed before his death in 2014.

The Swiss watchmaker did not want to give the impression of ‘cashing in’ and releasing the watch too soon after Giger’s death. Commendable and a lack of opportunism you do not see often in the watchmaking business.

The result has been launched in the HR Giger museum in Gruyeres and is called the Strom Agonium In Memoriam HR Giger. Inside a pretty ‘simple’ watch with an automatic ETA 2824 movement. It starts getting special on the outside with a handmade 925 silver case. 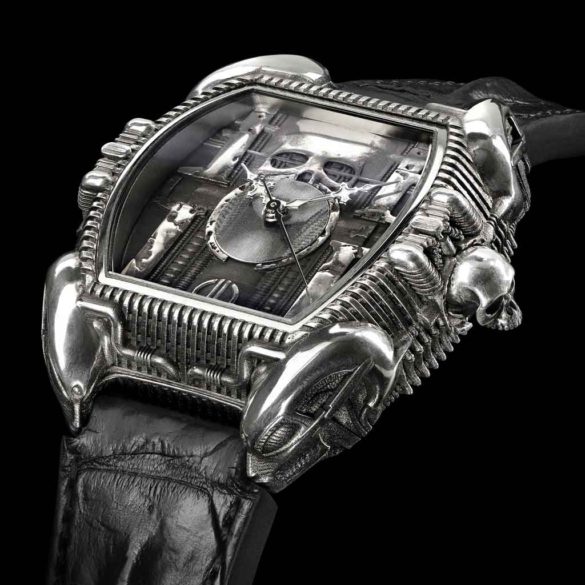 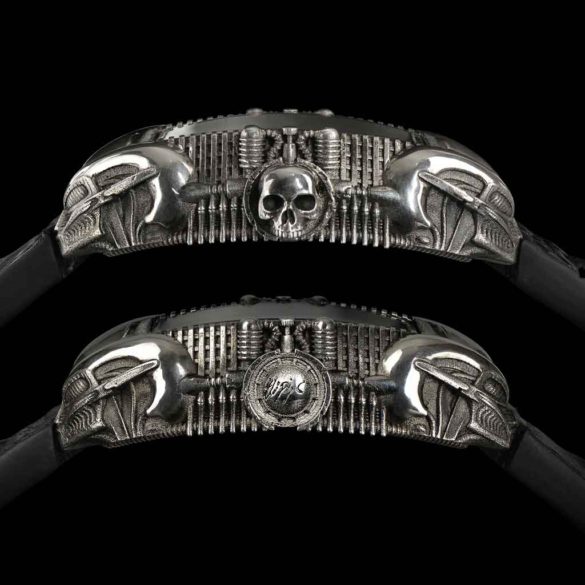 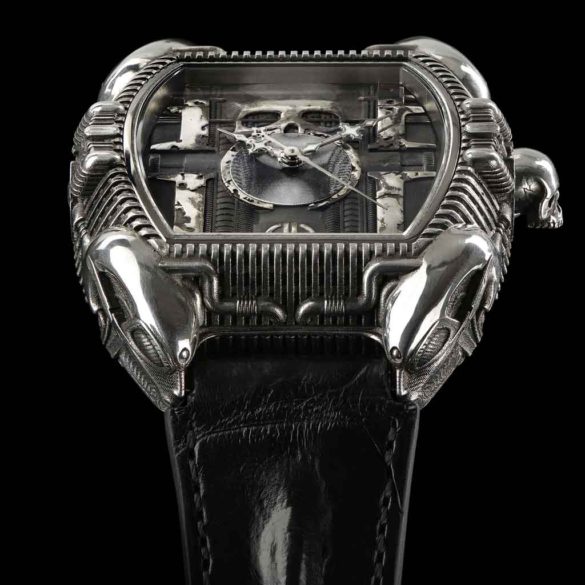 The watch is very recognizable as HR Giger work, with the famous elongated skulls of the biomechanoid sculpture that can be found at the entrance of the museum. It is in no way a standard watch case. Therefor it is not a surprise it has taken watchmaker Daniel Strom five years to complete the work to his ideal specifications.

In addition to the silver case, the dial is also handmade and executed in 925 silver. The dial is inspired by a work of HR Giger from 1973 called ELP II. It is painted with an airbrush in a single night, on canvas (work no. 217). This work was used on the cover of the fourth album by the rock band Emerson, Lake & Palmer called Brain Salad Surgery. The work itself has been stolen in 2005 and never returned to the rightful owner.

Definitely one for the watch aficionado’s with a specific taste, but the impressiveness of the built cannot be denied. The Strom Agonium In Memoriam HR Giger is limited to 99 pieces and comes in a special wooden presentation box. 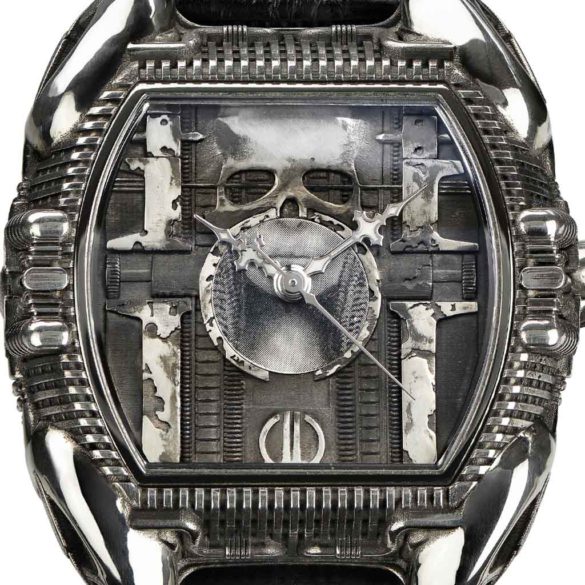 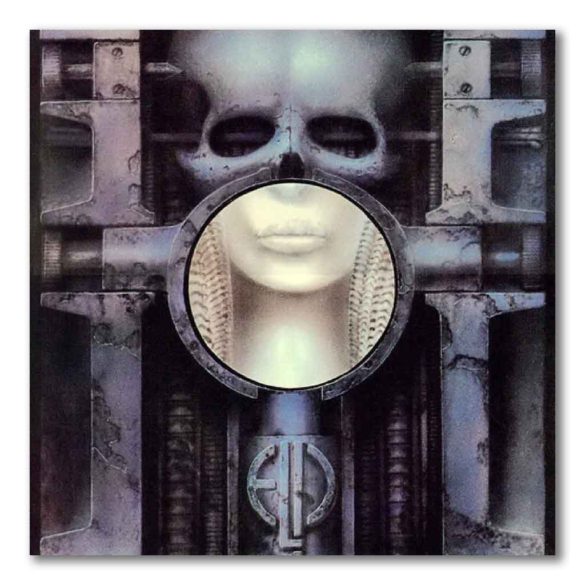 First photo is the dial of the Strom Agonium In Memoriam HR Giger, the second photo is the 1973 Emerson, Lake & Palmer album cover Brain Salad Surgery