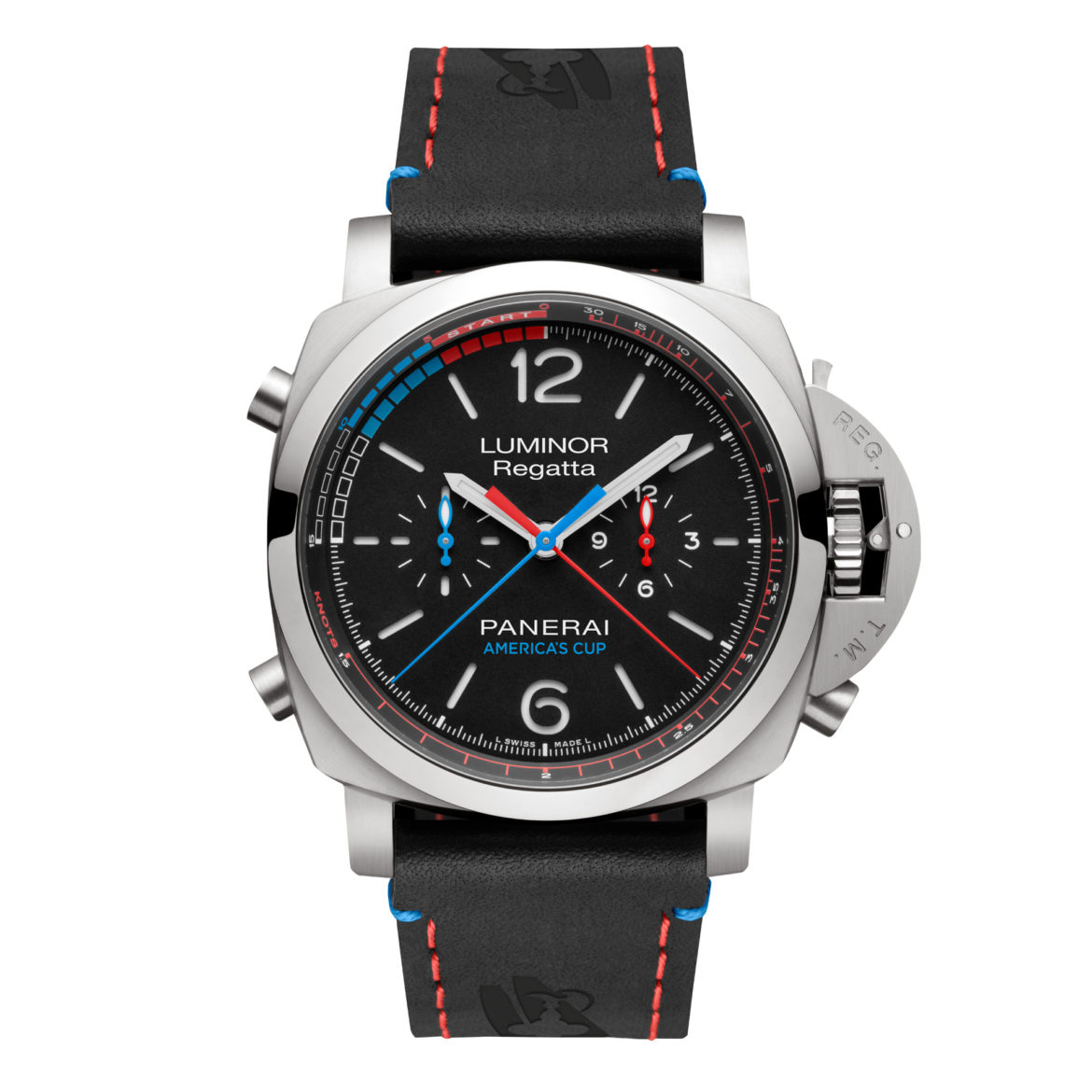 Officine Panerai is one of the official partners of the 35th America’s Cup, a prestigious sailing race which was first held off the south coast of England in 1851. This edition takes place between the 26th of May and the 27th of June with catamarans reaching speeds of over 55 miles per hour (90 kilometers per hour). To celebrate their partnership Panerai launches five new models. This Panerai Luminor 1950 Regatta Oracle Team USA 3 Days Chrono Flyback Automatic Titanio is one of them. The others are: 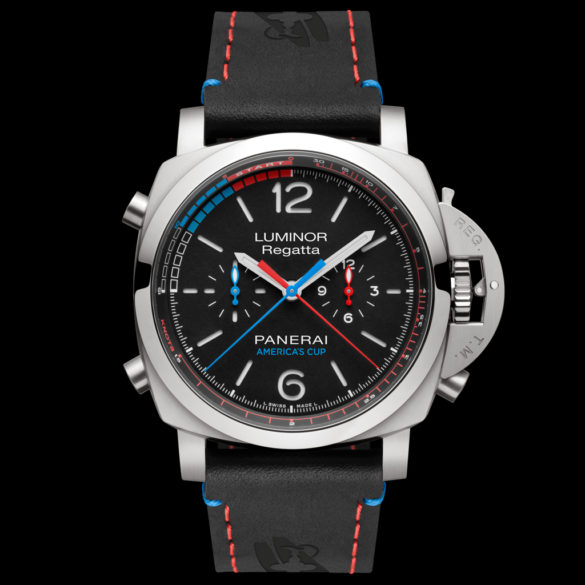 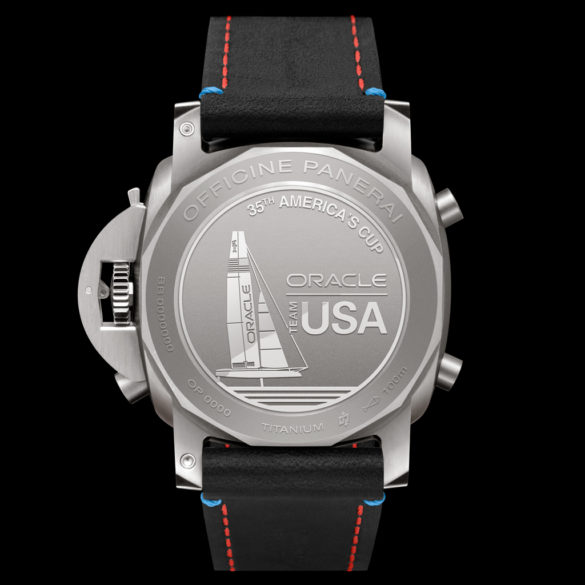 One of the key features is the regatta countdown mechanism. A regatta is a sports event with boats. Sailors exactly need to know when they can start the race and therefor they can use this countdown mechanism. The red pusher at 4 o’clock jumps the central red chronograph minute hand backwards in one-minute steps, until it is set to the correct countdown position. Start the chronograph by the pusher at 10 o’clock and the relative hands start to move, indicating the minutes and seconds remaining before the start. Once the countdown is finished, it starts the time elapsed from the start of the race. 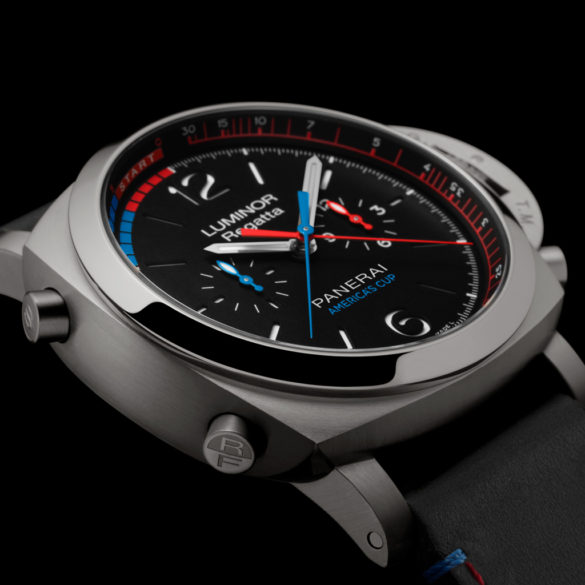 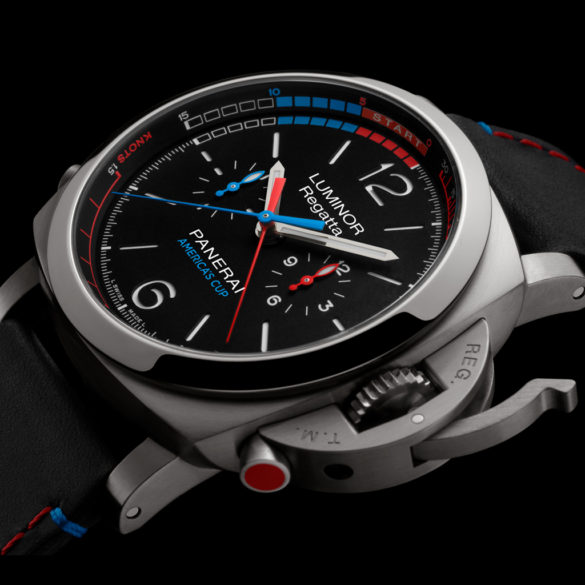 The pusher at 9 o’clock returns all the chronograph hands to zero. If it is pressed when the hands are already moving, it operates the return-to-zero function, which is the flyback function. It enables a new time interval to be started immediately without carrying out the stop and reset operations.

On the flange are the 15-minute scale of the count-down counter, with the last ten minutes marked in blue and red. And as it is a watch for sailors the tachymeter scale indicates knots. So, what’s 55 mph in knots? *