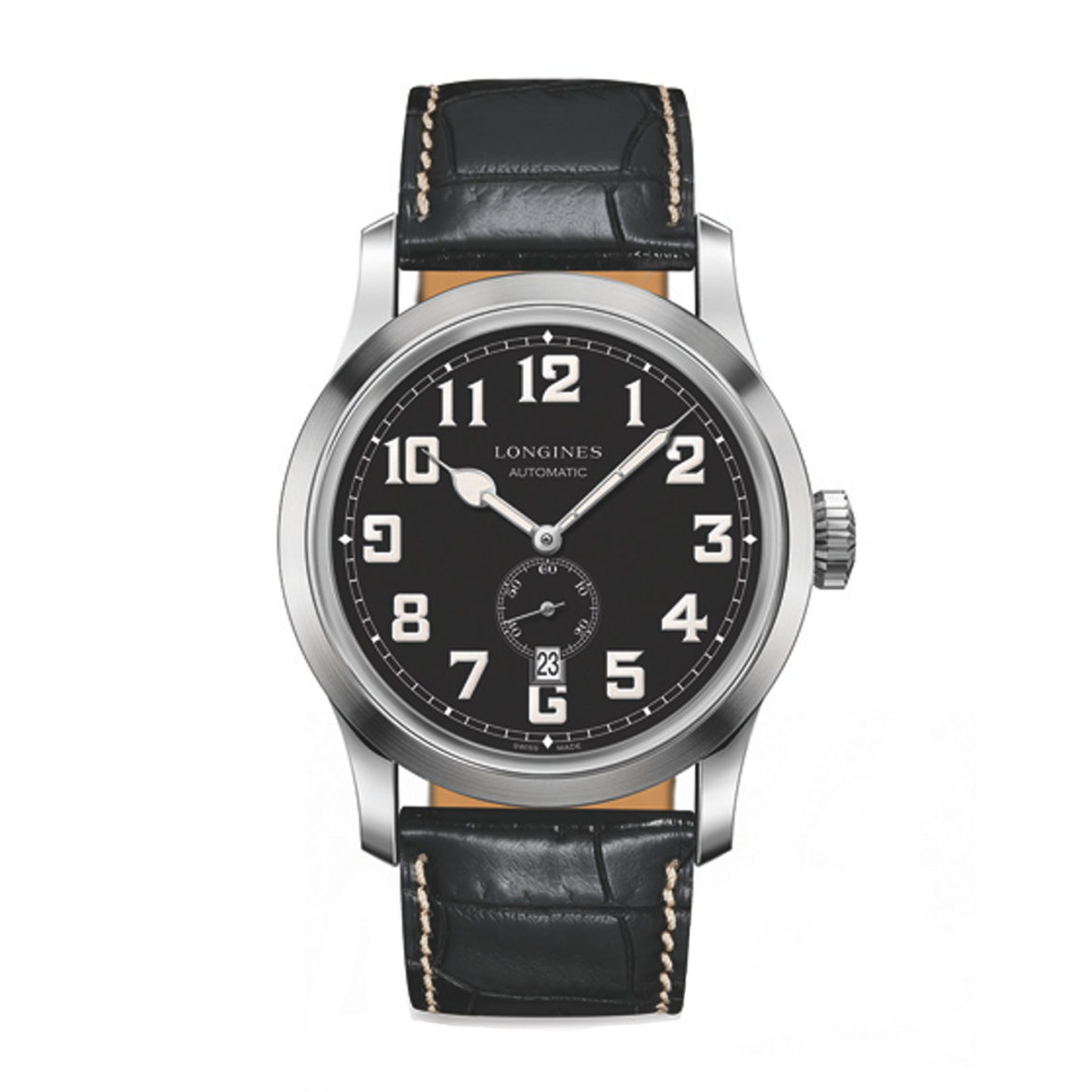 Longines is known for its “Aviators” range of watches. They say it is the oldest registered trademarks amongst watchmakers. It all started with the pilot Charles Lindbergh who knew one of Longines’ company directors. After Lindbergh’s transatlantic flight Longines decided to design a pilot watch to help air navigation. And it’s from this heritage that the Longines Heritage Military arises. 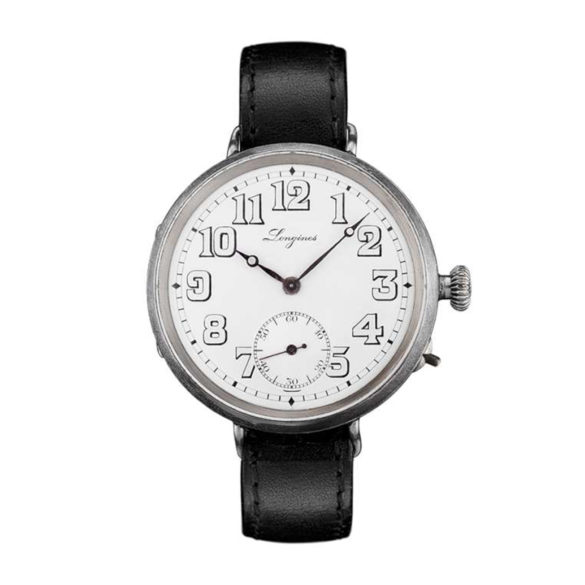 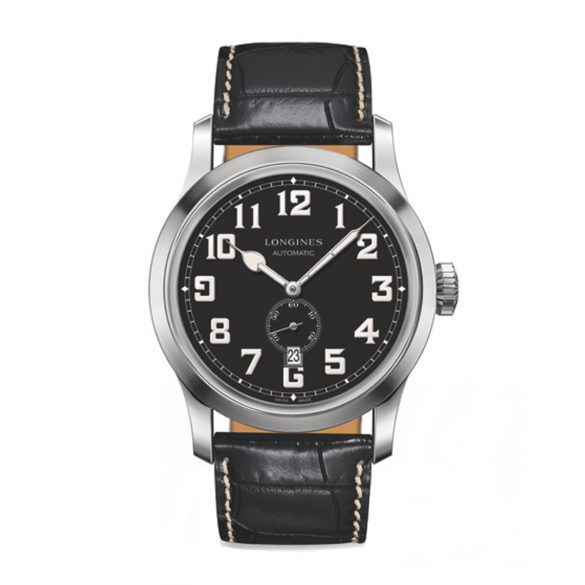 Actually the dial design of this new model was derived from a 1918 model. The classic Heritage Military has extra-large Arabic numerals, accented with thin Breguet hands on a white dial. Together with the oversized onion crown you are looking at a proper classic eye catcher. But, that’s the old one, which is in the Longines Museum’s historical collection at the company’s Saint-Imier headquarters.

The new Longines Heritage Military comes with the same Arabic numerals in super-luminova but on a black dial. It features Breguet-type hands as well and a train track chapter ring for perfect readability at first sight. The small seconds and the date aperture are positioned at 6 o’clock. The crown is more subtle than on the old model. One can argue if that’s a miss or not.

The 44-millimeter steel case houses a self-winding L615.3 caliber from Longines, which is an ETA 2895-2 movement with date indication. It has a power-reserve of 42 hours. It has a rather subtle and flat bezel that refers to the early 20th-century military watches. The watch offers water resistance to 30 meter / 100 feet and comes with a black alligator-skin strap.