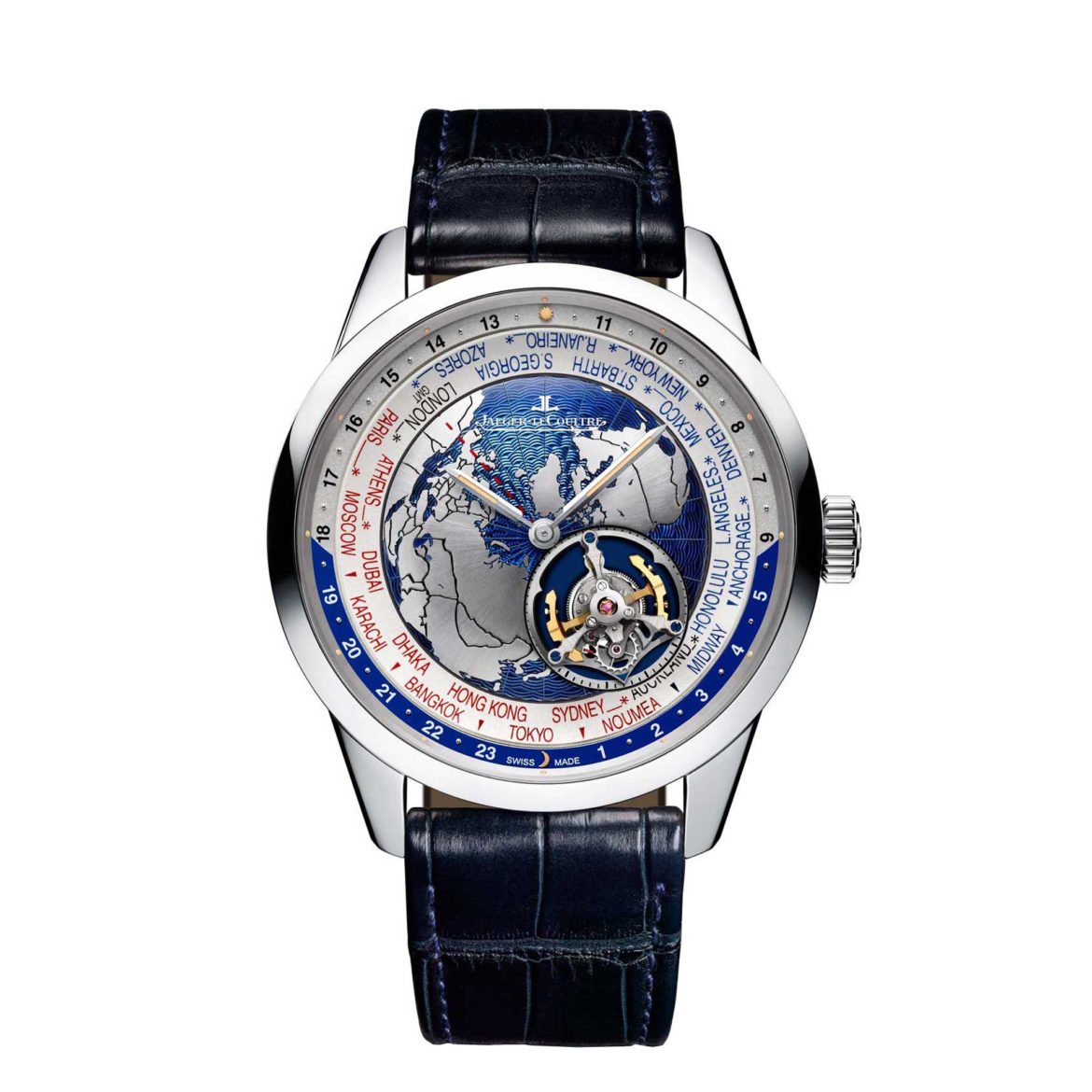 The Jaeger-LeCoultre Geophysic Tourbillon Universal Time has something unique: it combines a world timer and a tourbillon for the first time ever. Its design is based on the Geophysic Universal Time that was introduced in 2015. So it looks colorful too.

The watch houses the Jaeger-LeCoultre caliber 948, an automatic with a solid 22K pink gold winding rotor. The power-reserve is 48 hours. Interesting is the Gyrolab balance that Jaeger developed. A rounded H-shaped balance that reaches a higher level of efficiency and therefor accuracy compared to a standard circular balance wheel. It’s only used in the Geophysic collection. 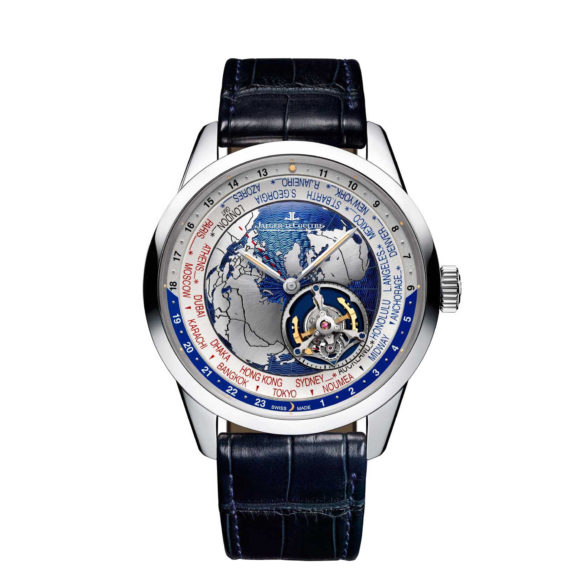 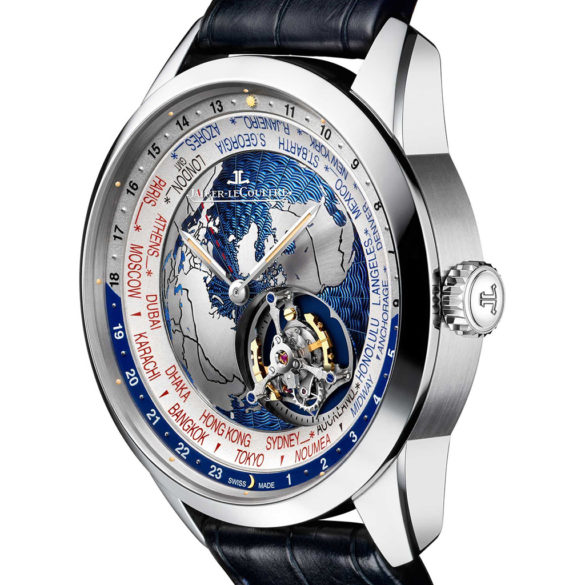 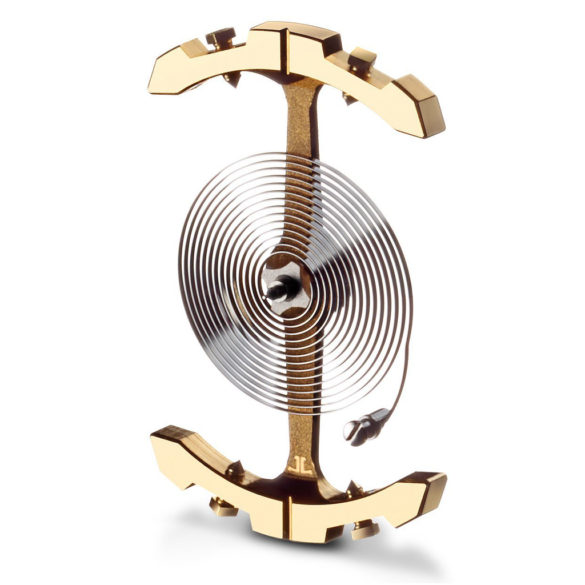 The solid platinum case measures 43.5 millimeters in diameter and is 11.24 millimeters thick, quite impressive. The dial shows a map of the world, shown from the top and it’s a little domed with guilloché decoration. The main attraction, the tourbillon, takes a bite from the city ring. Around that is the rotating 24-hour ring which can be adjusted by the crown. The dual time system is easy: set your time zone, only change the hour hand to adjust local time and that’s it.

This Jaeger-LeCoultre Geophysic Tourbillon Universal Time is limited to 100 pieces.