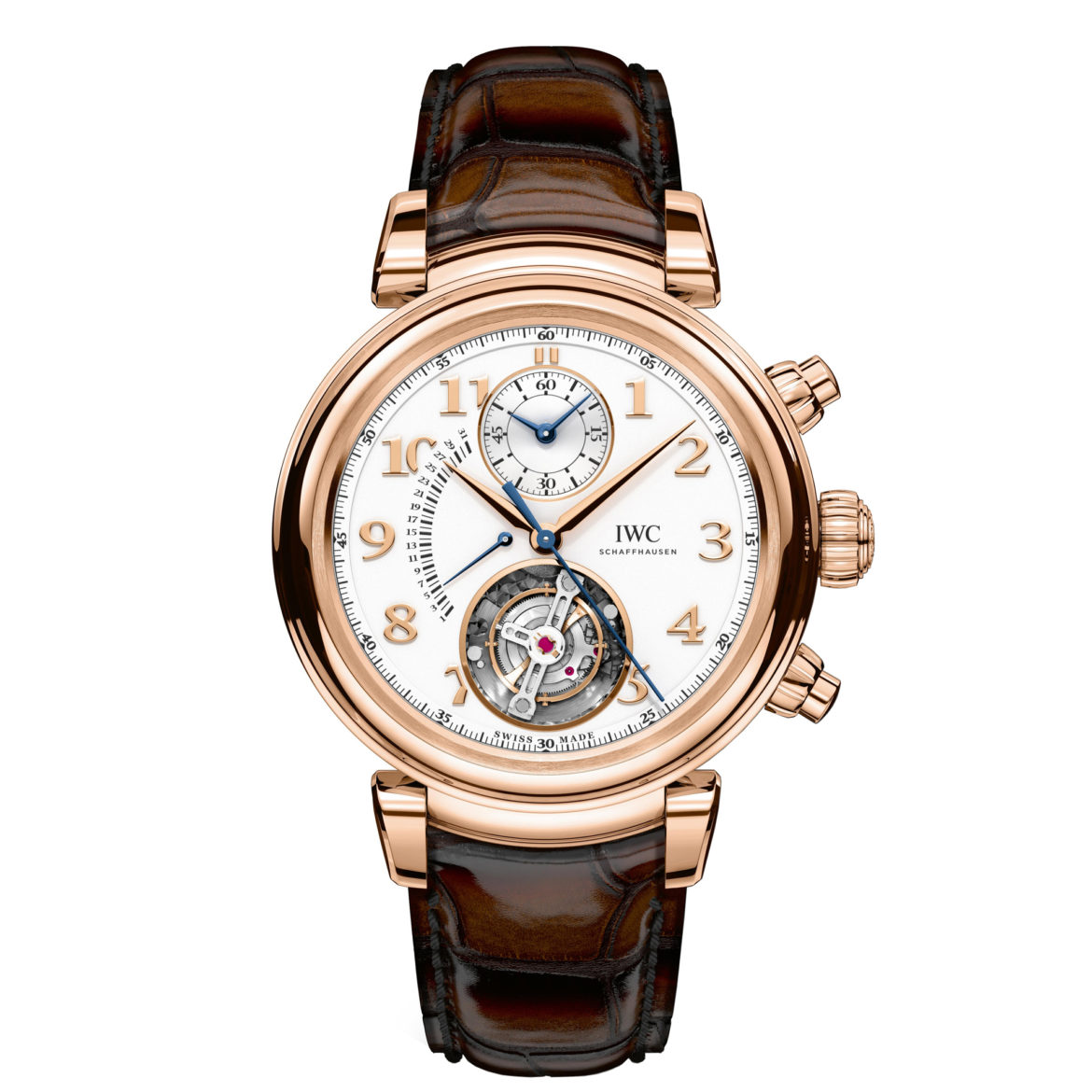 The IWC Da Vinci Tourbillon Rétrograde Chronograph tells you just what it is. Almost. It has a chronograph, it has a retrograde date display and it has a tourbillon. But, to be more precisely, it is a flying hacking tourbillon. And that’s rather special.

‘Normal’ tourbillons are a fragile and technically complicated mechanism to counter the effects of gravity. So, without a tourbillon a mechanical movement is less accurate. When you mount the escapement and balance wheel in a rotating cage, it negates the effect of gravity when your watch (and therefor the escapement) is held in a certain position. Stopping and starting that mechanism whenever you want to, in order to set the time as accurate as possible, is so difficult only two watchmakers use a hacking tourbillon: Moritz Grossman and A. Lange & Söhne. Both German, by the way. Now IWC, Swiss, but their bridge language is German, has worked-out a way to apply a hacking tourbillon as well. 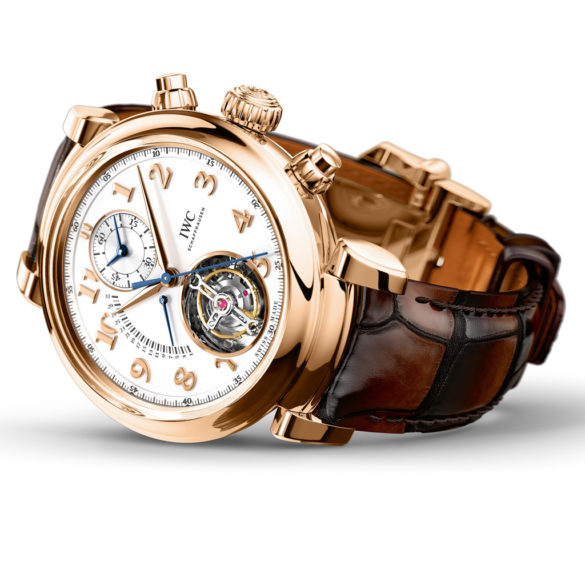 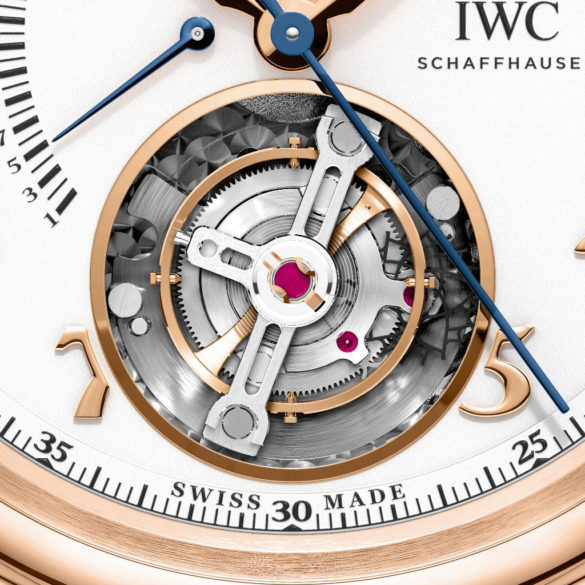 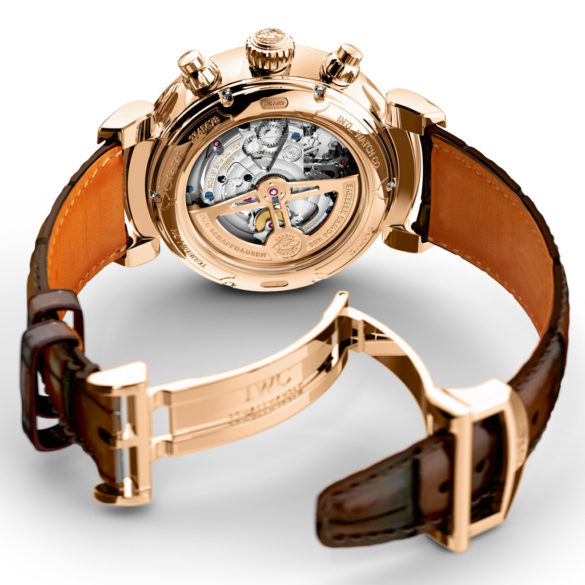 If you pull out the crown to set the time, two levers grasp the balance rim and stop the balance and the entire train. Including the seconds display of the chronograph. This enables you to set the time with extreme accuracy. In fact, down-to-the-second. This type of tourbillon needs more energy so IWC created a diamond-coated silicon pallet and escape wheel to reduce friction. Which means the power-reserve is still some very acceptable 68 hours.

As you could have read, the IWC Da Vinci collection has been renewed. This IWC Da Vinci Tourbillon Rétrograde Chronograph follows the same new design, the same new signature. The finish of the movement, case and dial belongs to the top of the market. And the strap comes from Santoni. 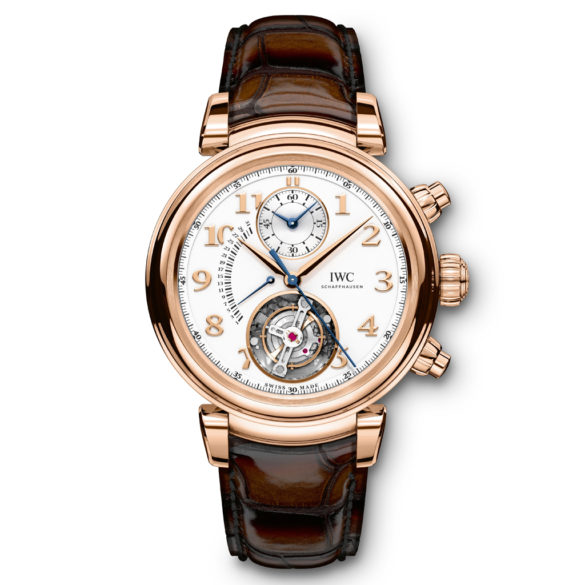 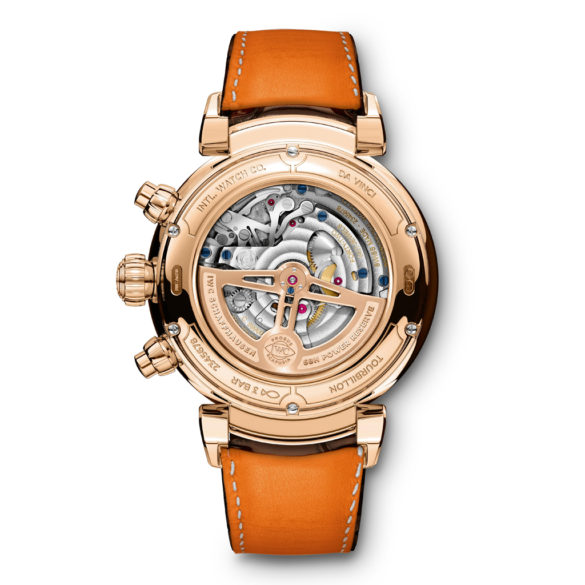