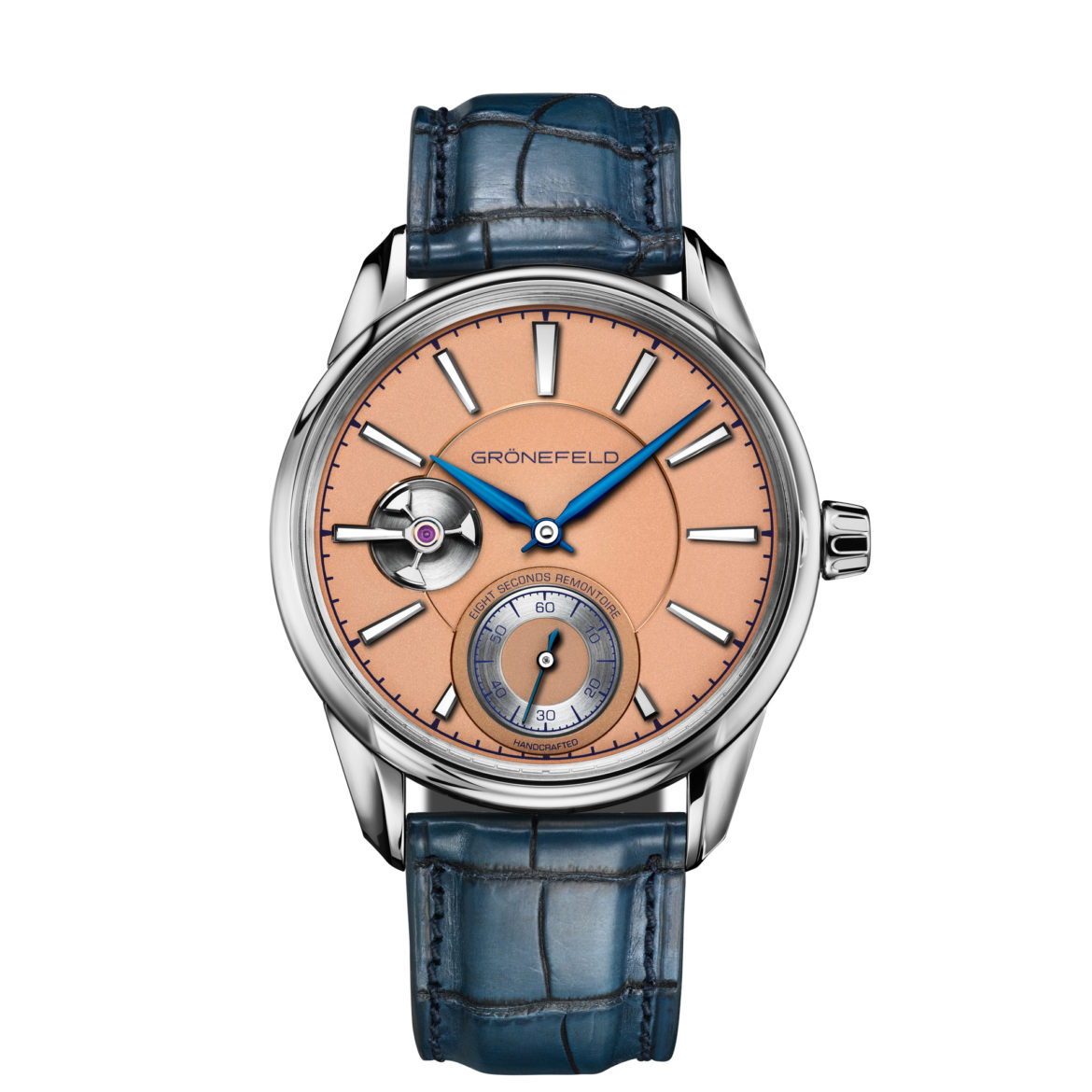 The Grönefeld 1941 Remontoire belongs to the most accurate time pieces due to its remontoire movement. And the model wins a prize in the category Men’s Watch at Grand Prix d’Horlogerie de Genève 2016.

Grönefeld starts in 2008 in the city of Oldenzaal in The Netherlands and was founded by two brothers from a clock and watchmaking family. They create high-end watches and this 1941 Remontoire is their latest masterpiece.

“Remontoire” comes from “remontoir d’egalité”, French for a device that provides constant power to the escapement of a movement. With regular movements, energy from the mainspring slowly decreases as a watch runs down. This has a negative effect on the accuracy. A remontoire usually has am extra (spiral) spring attached to one of the train wheels, which is periodically wound up by the mainspring. Once every 8 seconds with this movement. As long as there is enough energy from the mainspring to wind it, the remontoire spring provides almost unvarying energy to the escapement. During 35 hours with this one, which is the power-reserve. 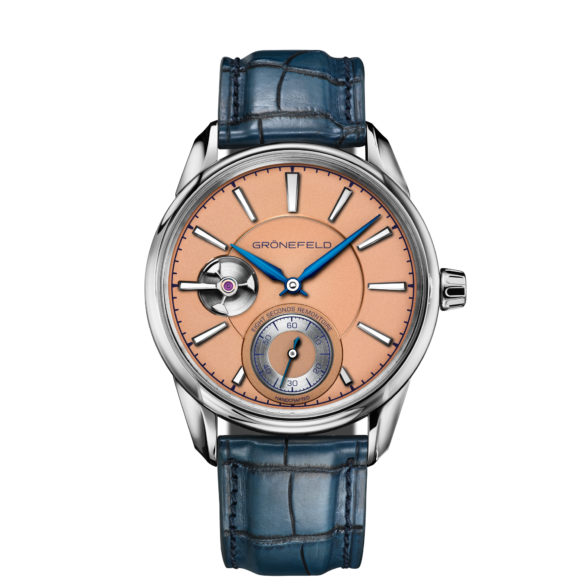 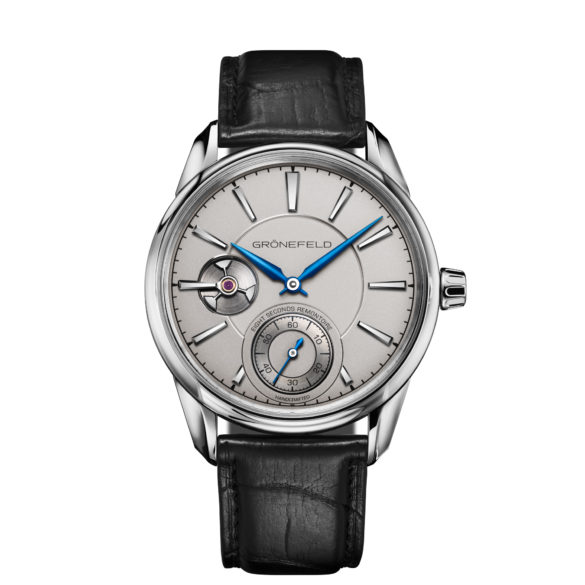 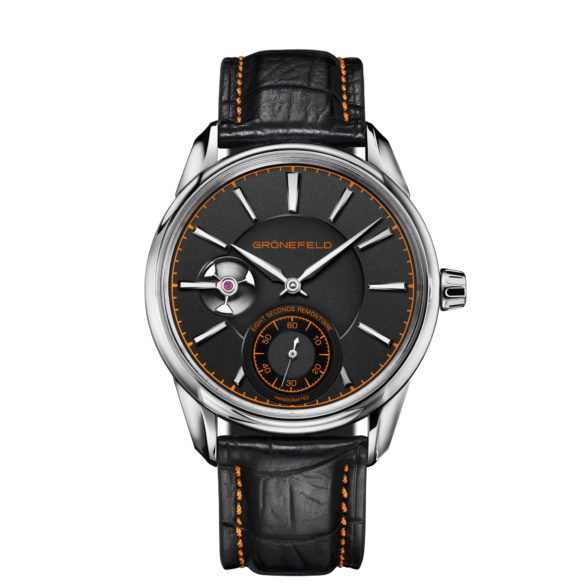 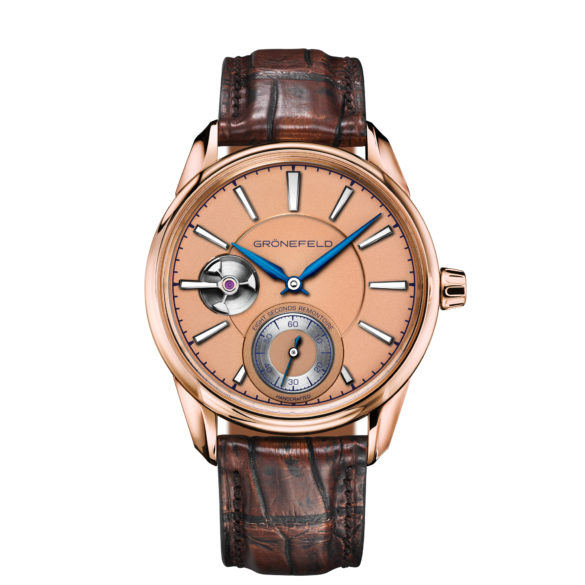 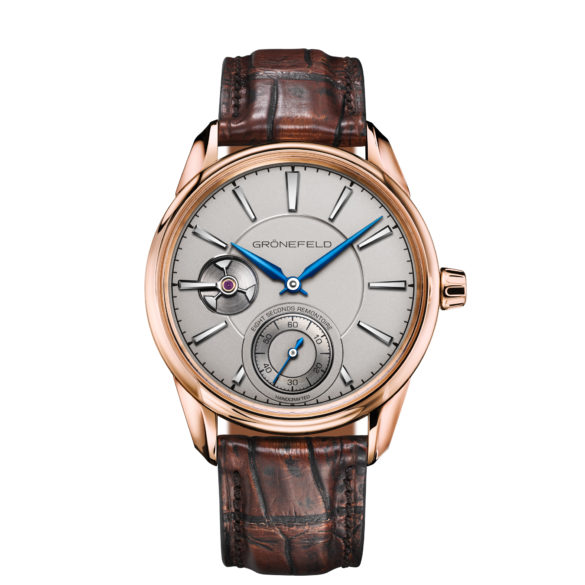 The Grönefeld brothers were inspired by a church clock with a remontoire that was serviced by their father and grandfather. The clock is in the village of Asten, and was built and installed in 1913. The name of the watch comes from their father Sjef Grönefeld, who was born in 1941.

There are five versions of the 1941 Remontoire model, in total limited to 188 pieces. You can either choose from a red gold or white gold case, both with either a silver or salmon colored dial. The white gold model is also available with a black dial. 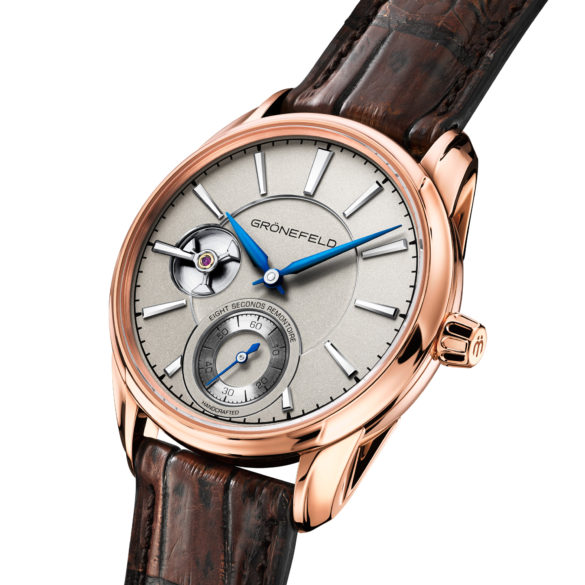 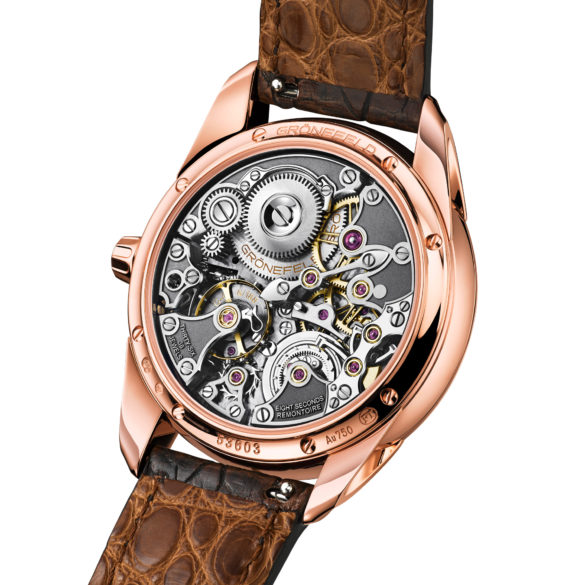 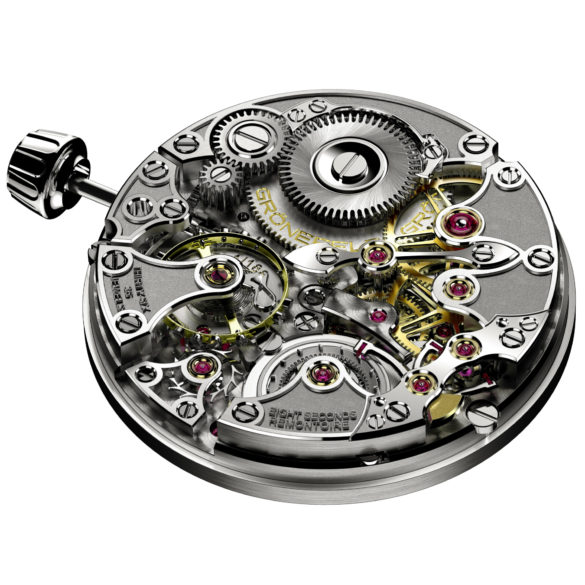