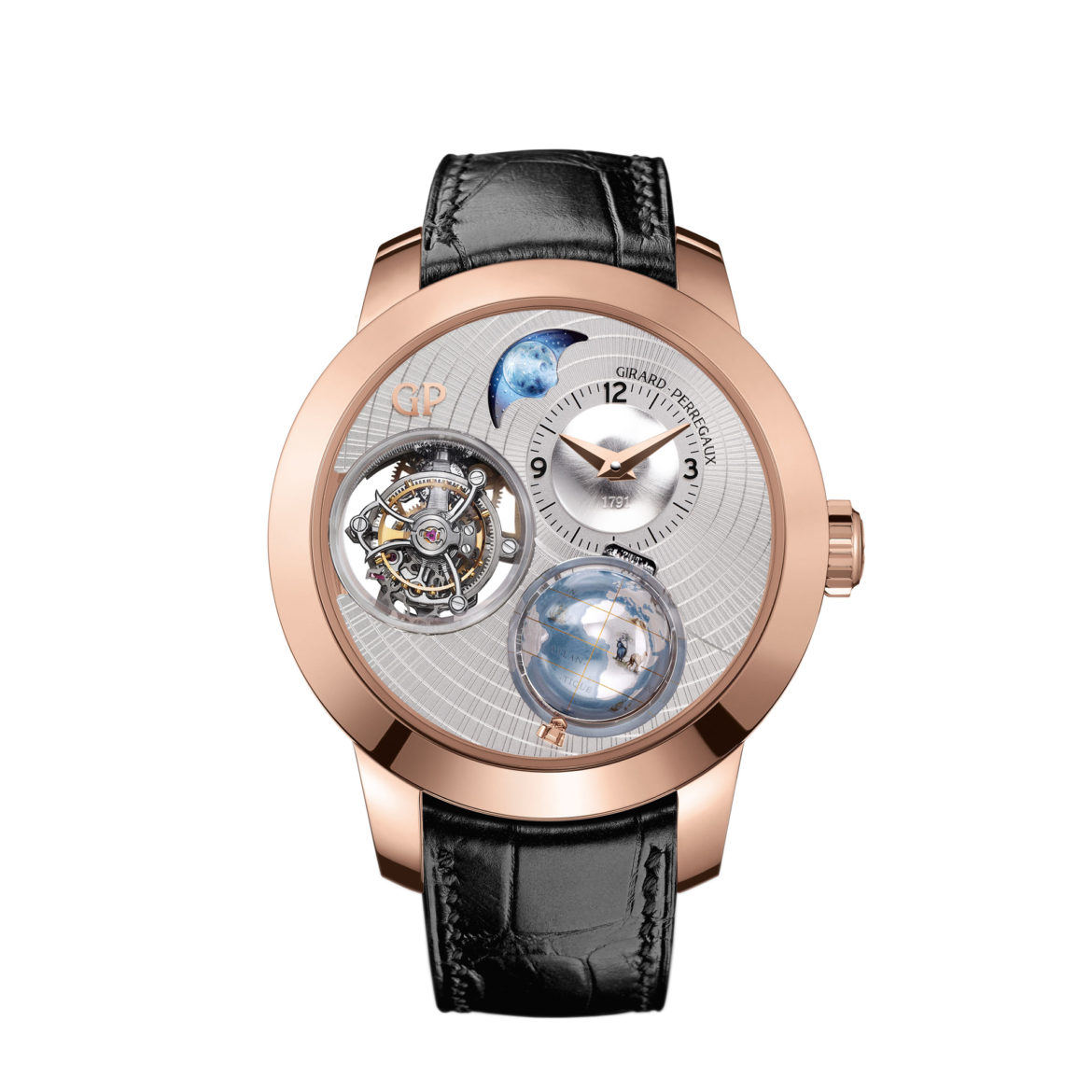 First, take a look at the photos to admire the remarkable details of the watch. The two domes and an opening on the site of the Girard-Perregaux Planetarium Tri-Axial highlight a tourbillon and a miniature globe. A stunning three-dimensional view.

Let’s start with the tourbillon. It is a high-speed tourbillon equipped with a regulator operating on three rotation axes instead of just one. The movement is housed in an inner lyre-shaped carriage and performs one rotation per minute. This is fitted inside a structure that spins on a second axis in 30-second cycles. Both are in turn incorporated within a third structure that revolves once every two minutes on yet another axis. The tourbillon gets some extra daylight to shine through an aperture on the left side of the case. Lovely. 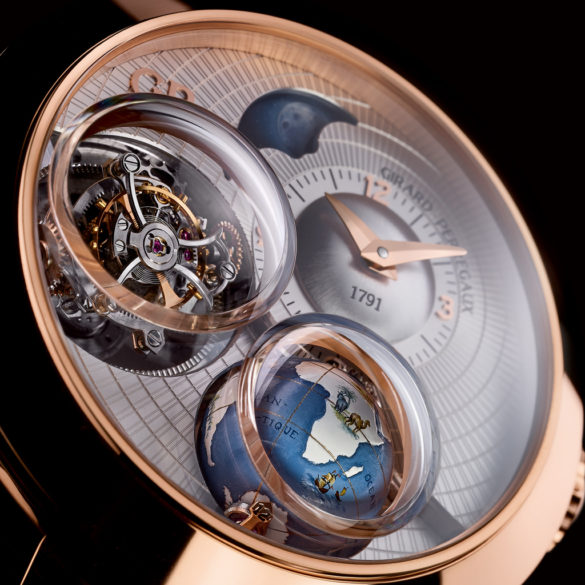 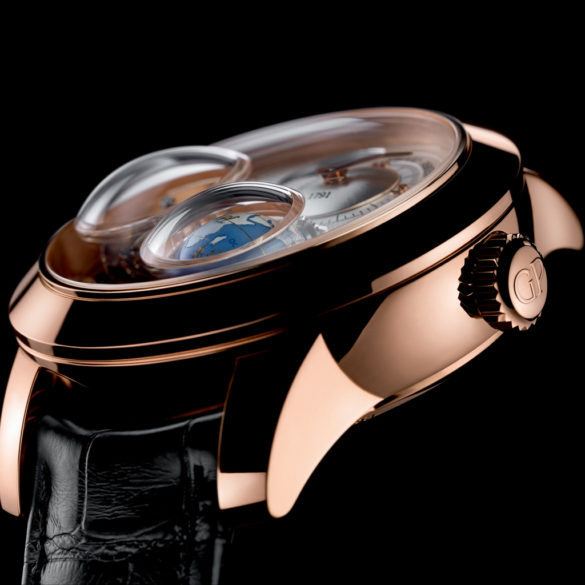 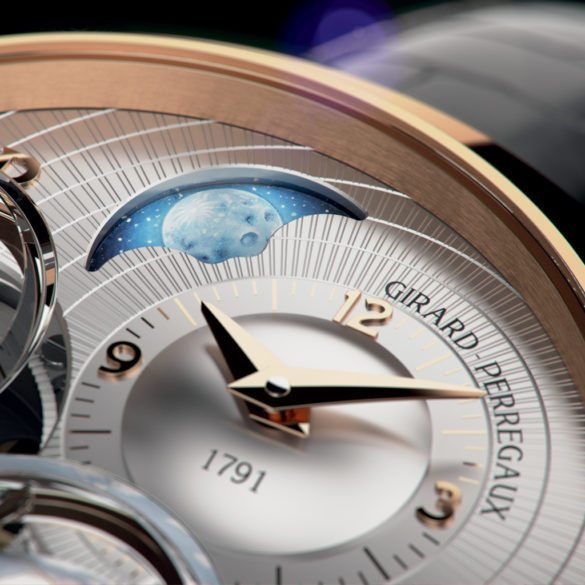 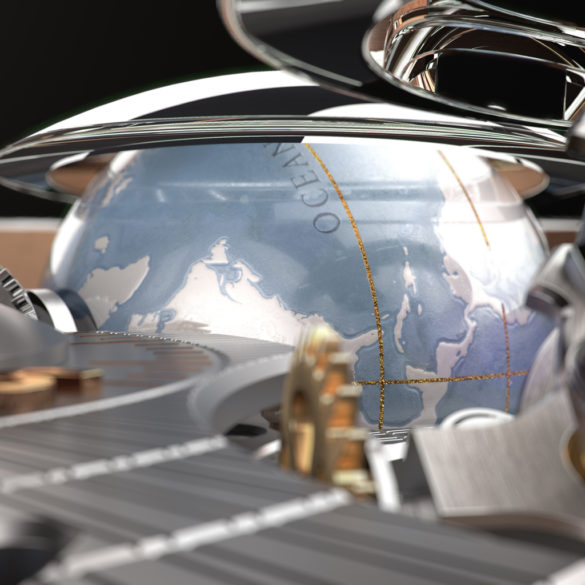 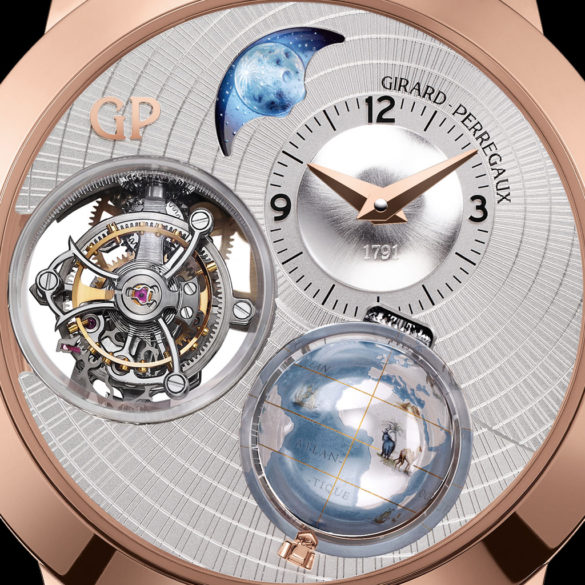 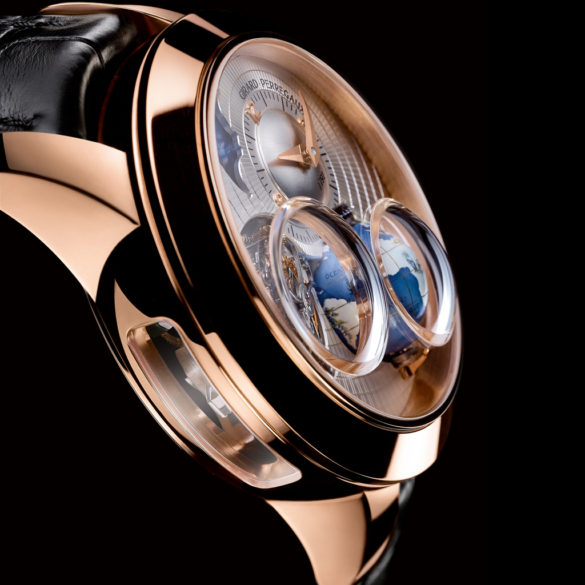 Then there is a 3D globe which acts as a day/night indicator. It shows a part of the globe within the time zone that corresponds with the time on the watch. There it is daytime. The globe is also visible on the back, where it indicates nighttime. To create a darker view on the globe at the back the rear baseplate is sandblasted and black PVD-treated. An attractive way of showing such a simple fact. The globe itself is an aluminum sphere hand-crafted with miniature painting technique. A nice detail is that the cartography depicts the world as it was in 1791, the year Girard-Perregaux was established. More or less.

The lunar disc indicating the moon phase is equally micro-painted and picks up the 17th century selenography (the study of the surface and physical features of the Moon) at the time the telescope was invented. It matches with the blue shades of the rotating globe and reproduces the moon as we see it. Like most high-end moon phase complications, it requires adjustment only once every 122 years, by means of a dedicated corrector at 2 o’clock.

If you like planetarium watches, this is one of the most attractive ones to look at. The video below shows more details. 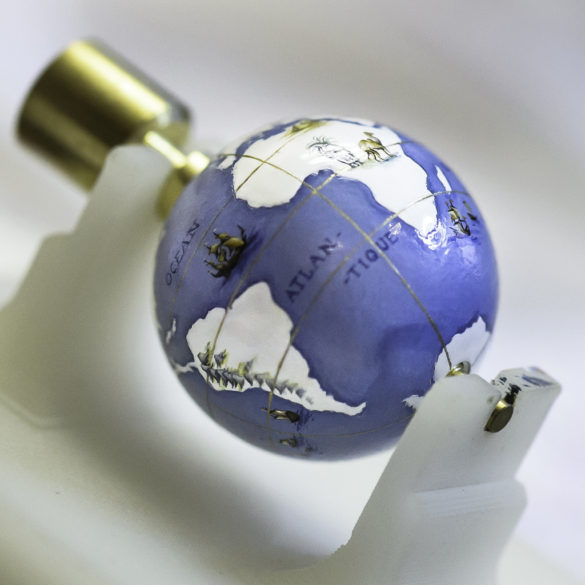 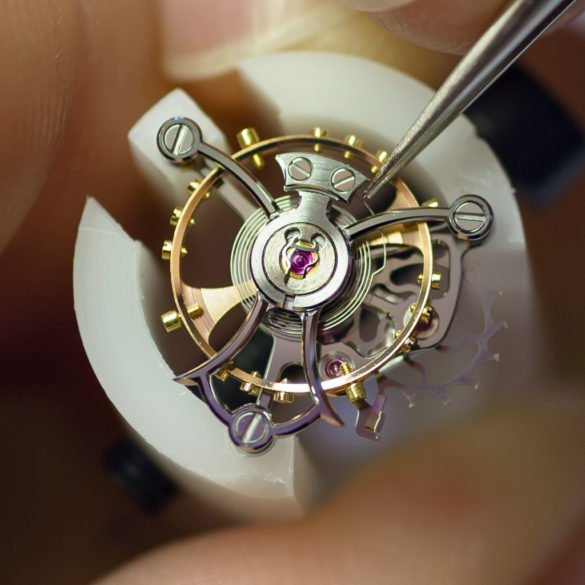 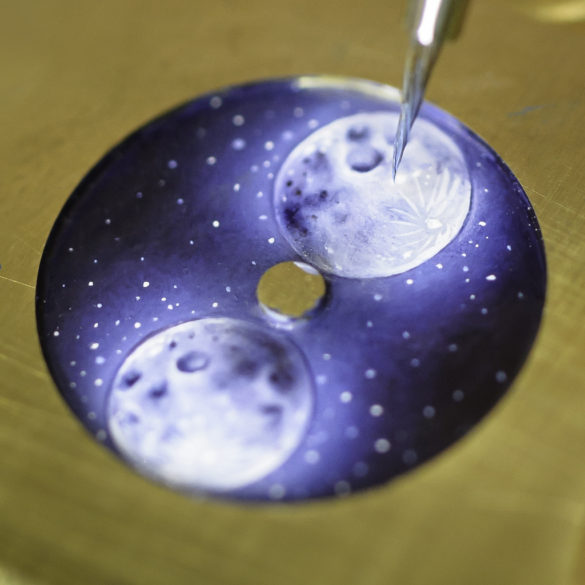