The Laureato is Girard-Perregaux’s heart and soul for the coming years. They introduced several new iterations this year, for women as well. We focus on the Girard-Perregaux Laureato Tourbillon.

When you admire the watch in the flesh, the first thing that surprises, is the large diameter of the tourbillon watch. A hefty 45 millimeters. But despite its size it doesn’t lose its typical Laureato looks, with the polished octagonal bezel positioned on an integrated case. Which means: no lugs or loops.

Another must for every Girard-Perregaux Laureato is the Clous de Paris hobnail pattern. A collection of tiny pyramids that fill the entire opening of the watch and capture the light. 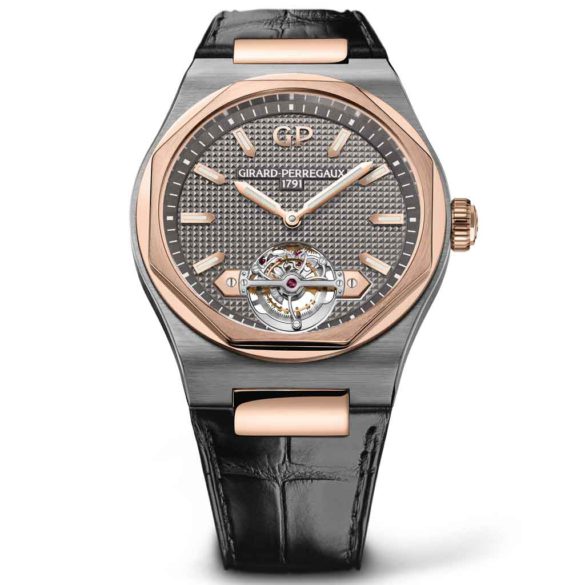 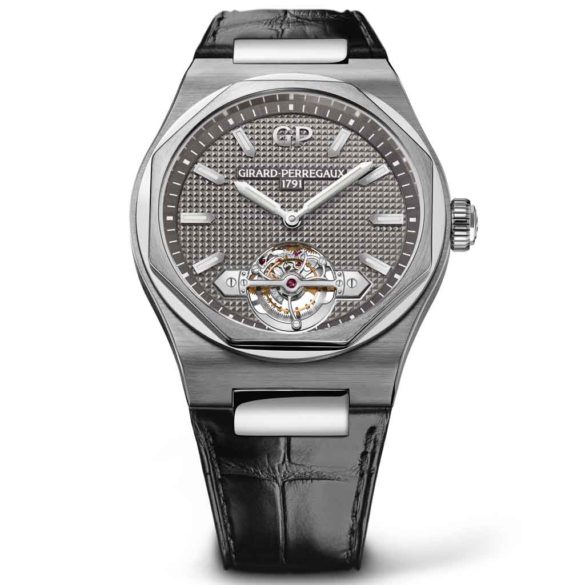 The movement with tourbillon is made by GP’s engineers at the manufacture in La Chaux-de-Fonds. It has the recognizable structure and design of historical tourbillons by Girard-Perregaux. Known for its signature of the arrow-shaped gold bridge, polished and rounded-off by hand. 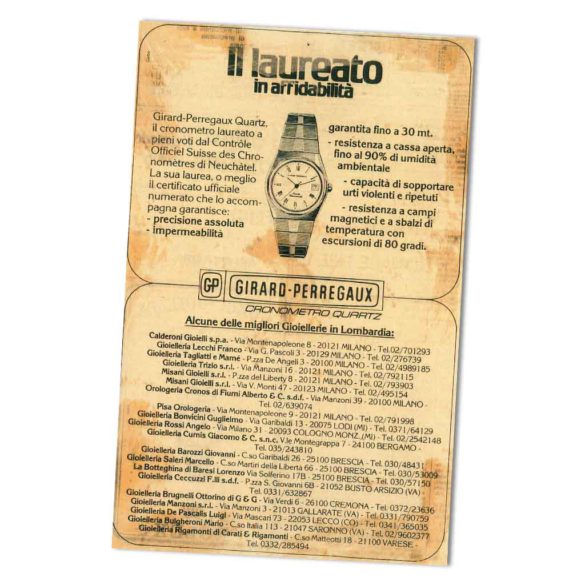 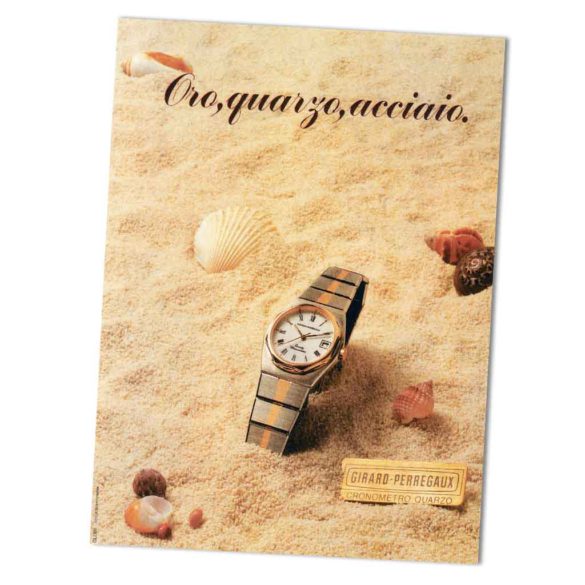