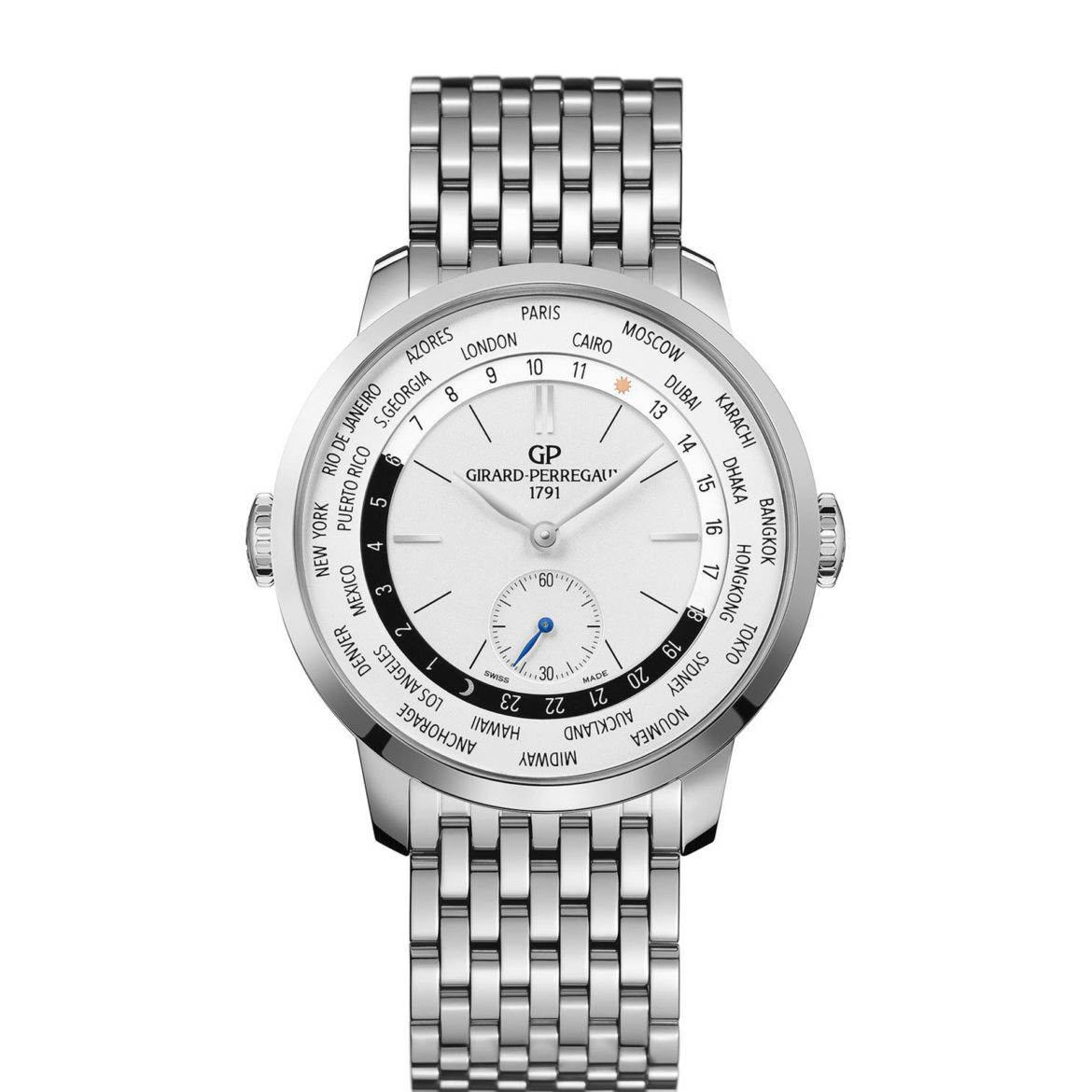 The Girard-Perregaux 1966 WW.TC is another addition to the 1966 collection, now only with a world timer. As WW.TC stands for World Wide Time Control.

The 1966 collection is inspired on classic Girard-Perregaux models and refers to the year 1966 when GP introduced their first high-frequency watch movement, beating at 36,000 vibrations per hour. The first WW.TC model debuted in 2000 and since then many variations have been launched. This one is the first world timer within the 1966 collection and sticks to the basics: hours and minutes, small seconds and 24 world times. And it features a clear day and night indication. The 24 world times cover all mayor cities in the world. 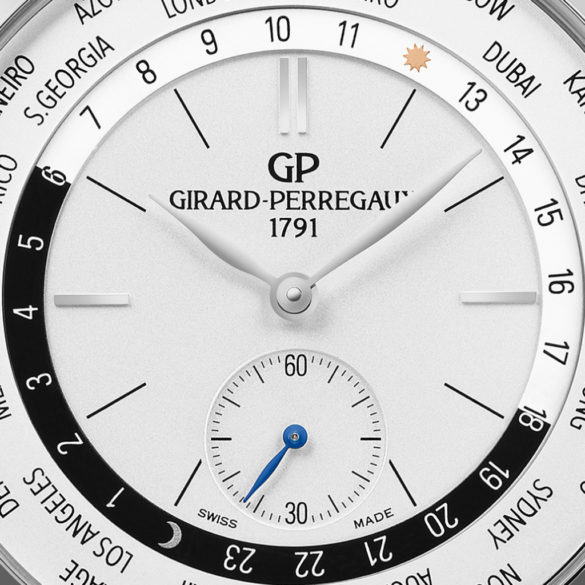 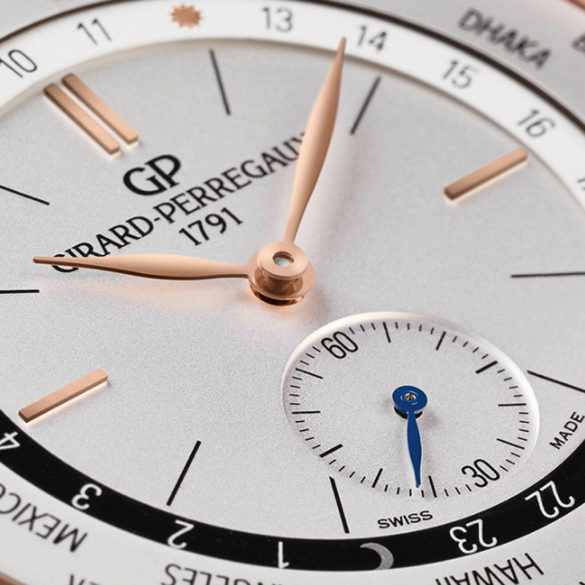 The crown at the 9 o’clock position adjusts the outer ring with the 24 cities: put the city where you are on top at 12 o’ clock. The crown at 3 o’clock adjusts the time, automatically synchronizing the 24-hour disc with day and night indication. Both crowns operate in both directions, making it more easy to use.

Inside is the Girard-Perregaux caliber GP03300 with additional world time module. The movement is straight-grained, chamfered, circular-grained and adorned with Côtes de Genève and is visible through the sapphire case back. Prices are not available yet.

“Swiss haute horlogerie since 1791” Girard-Perregaux claims. But the company was officially founded in 1856. Here you can read more about the history of Girard-Perregaux. 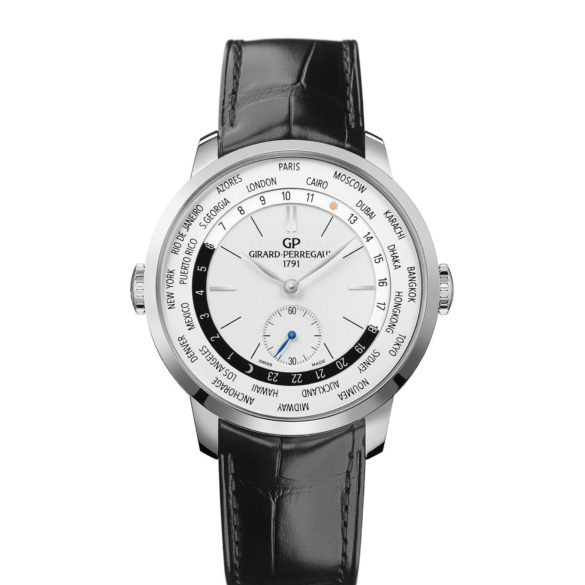 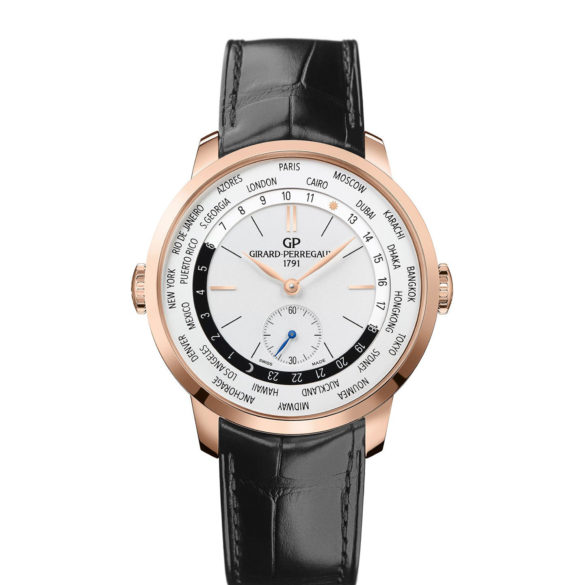