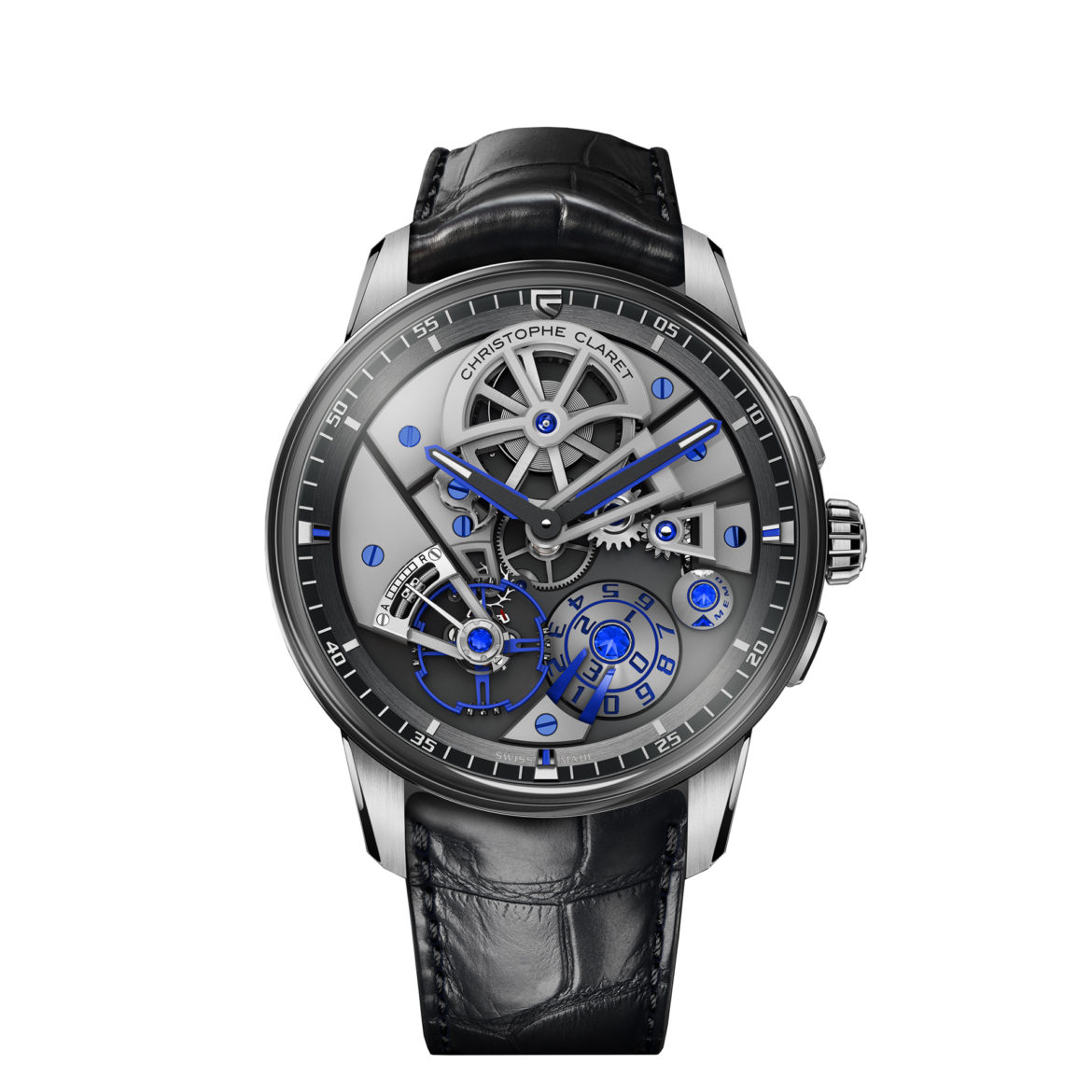 At first there are the bridges in Charles X style. A particular form of stepped bridges that is named after a French king who was an influencer in architecture, art and horology during his short reign from 1824 to 1830. The bridges with most parts, in the same material as the case, create a magnificent 3D-effect. 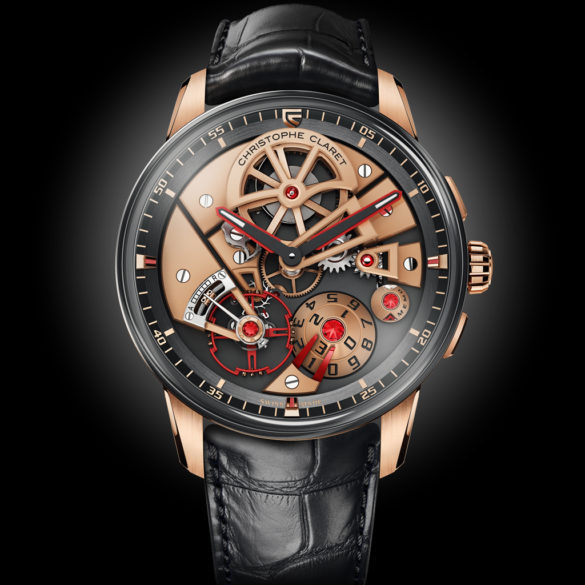 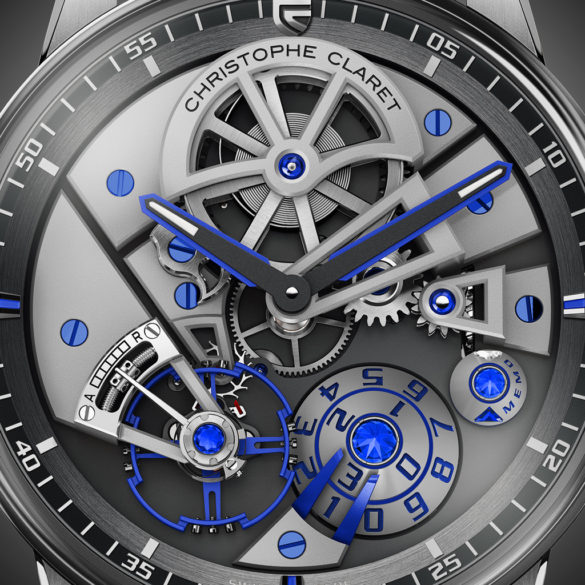 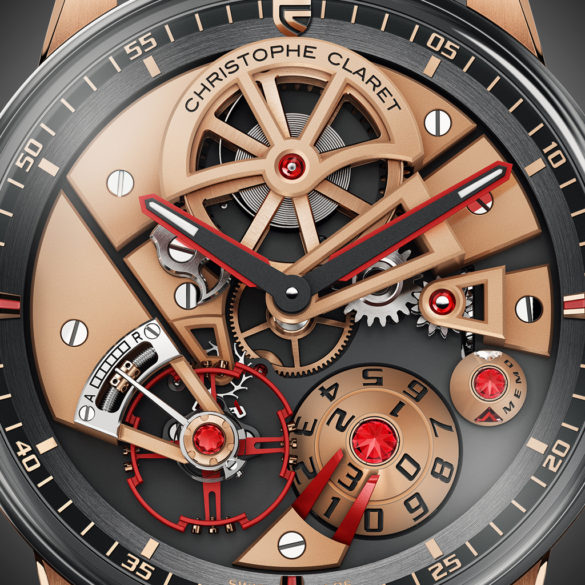 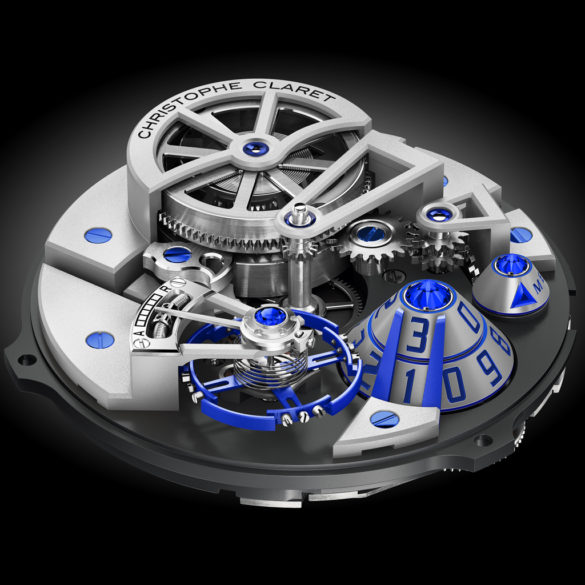 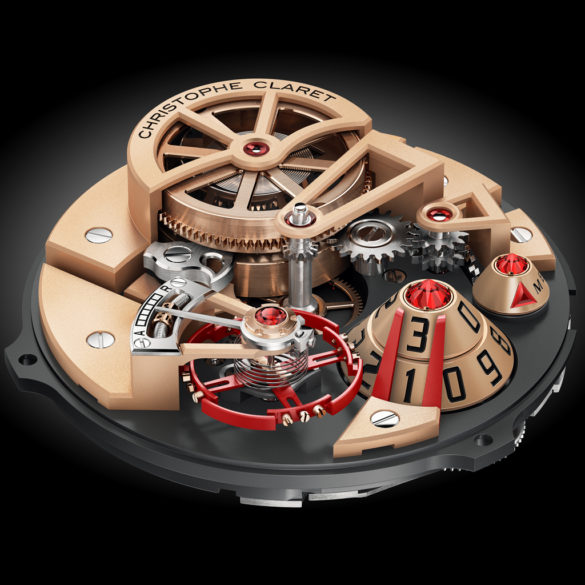 The Christophe Claret Maestro offers an astonishing view on the movement

On top, there are two barrels coupled in series and placed on each other providing a massive power-reserve of seven days. The balance wheel at the 7 o’clock position offers a bright contrast as it is either blue or red. 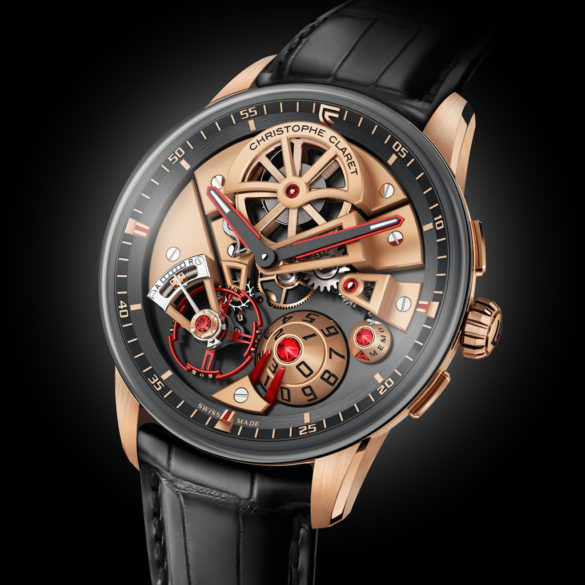 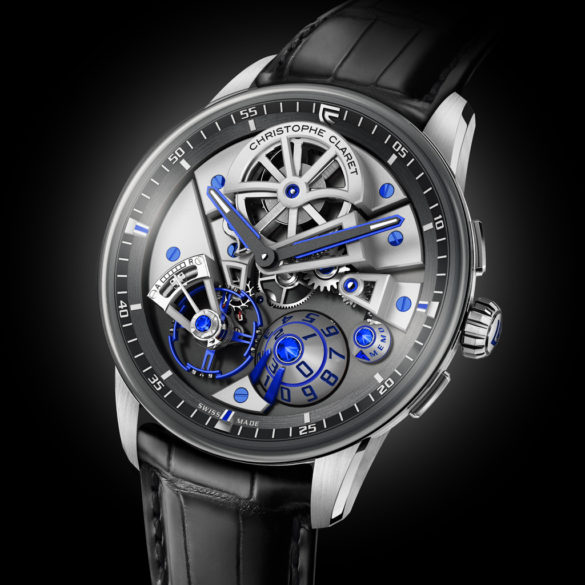 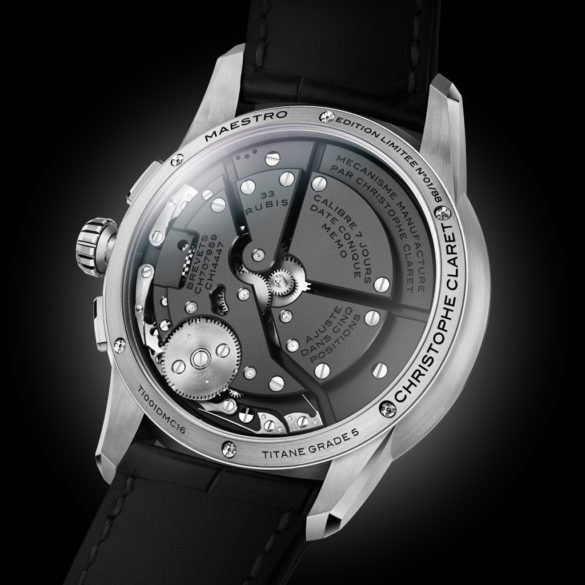 But the biggest eye-catcher is the cone-shaped date indicator. It consists of two aluminium discs that form the date, indicated within two blue or red lines and adorned with a sapphire or ruby. Each day they rotate gradually, between midnight and twenty past midnight, to change the date. The small cone at 4 o’clock is the watch’s memo function. With the pushers you can set a mechanical reminder. Whenever that moment has come, you can reset the reminder and the memo cone returns to its original position, also at midnight during a twenty-minute process.

The case of the Christophe Claret Maestro measures a perfect 42 millimeters. The 3D-effects and the domed sapphire crystal take some space as it is 16.06 millimeters thick. Both version are limited to 88 pieces.