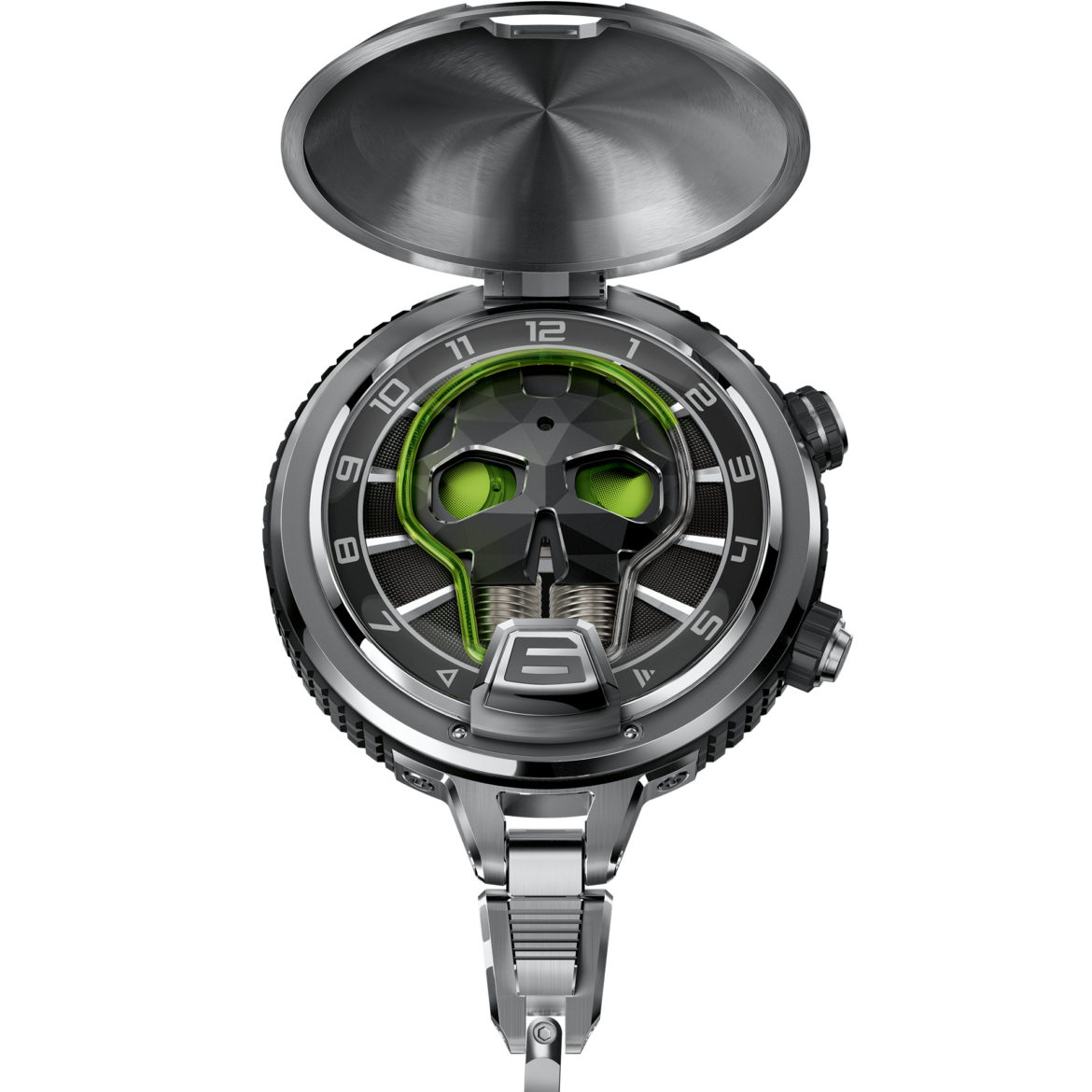 There are just a few brands creating pocket watches these days. Most of them are Swiss manufacturers with a long history that started with pocket watches when wrist watches were not even invented. Therefor it is to be welcomed that a relatively new brand like HYT (est. 2012) introduces a pocket watch: the HYT Skull Pocket.

Overlooking the watch collection of HYT you will notice that they don’t like hands. A few of their models have hands but never for the hours. Instead HYT uses fluids. That is why they call themselves the Hydro Mechanical Horologists. Every model has an in-house caliber that powers the watch but it is not connected to traditional hour hands. And with this one not even with the minute hands.

The HYT Skull Pocket has LEDs to light up the dial 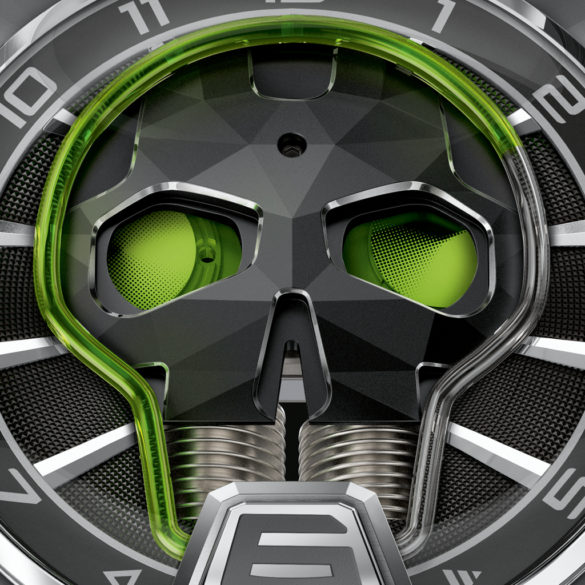 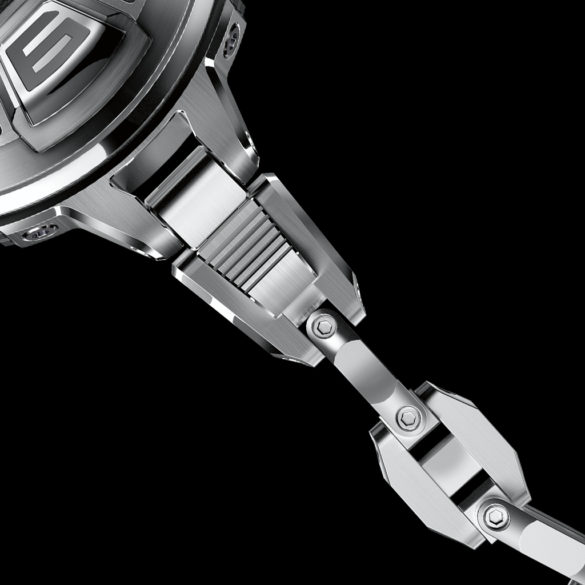 The caliber drives a bellows-like mechanism pushing colored and transparent fluid through a capillary tube. The colored fluid shows the time by filling the tube up to the corresponding hour marked around the dial. So, there is no precise minute indication. However, when the fluid reaches a position somewhere in the middle of 2 and 3 one knowns it’s around half past 2.

Whether you like skulls or not, the design is miraculous. The skull is faceted and in the left eye there is a seconds disc. The right eye shows how much power is left. Yet, there is another gimmick under the titanium cover. An integrated button at the 6 o’clock position releases the domed cover and contains two LEDs to light up the dial in a blue/purple glow. You should watch the video to see this striking light effect. The LEDs get their juice from a micro-generator system triggered by pressing the push-button crown at 4:30. Winding this crown also powers the micro-generator.

You’ll need to have deep pockets for this eight-piece limited edition as the case measures 59 millimeters. Well, and the price is more than 100,000…

Video below the specs…