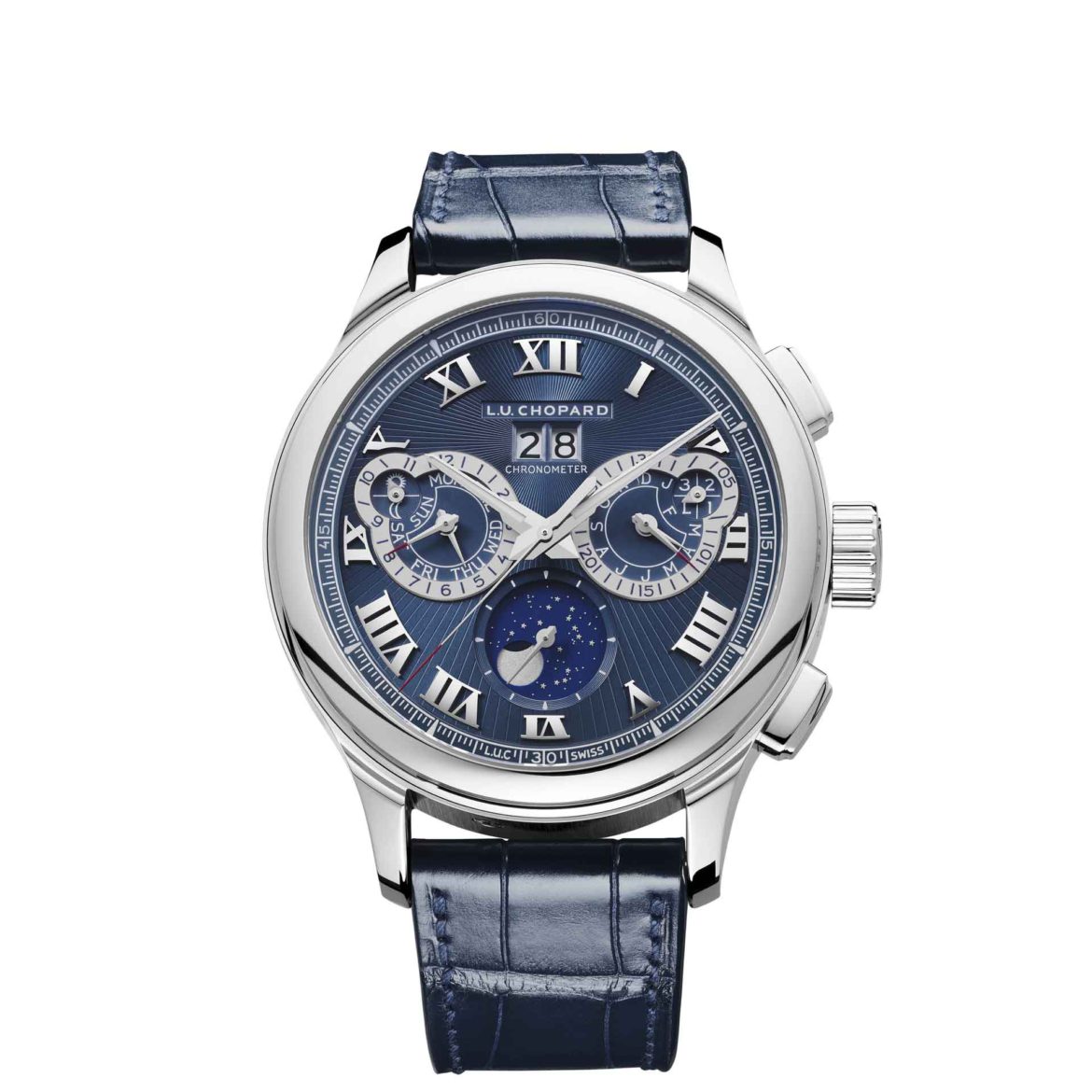 The launch of a ‘new’ Chopard model, like this Chopard L.U.C Perpetual Chrono Platinum, always offers something special. As Chopard is a special one amongst the haute horlogerie. Louis-Ulysse Chopard (hence the L.U.C. line) started out as a watchmaker, then Chopard became famous for its jewels and then famous again as a watchmaker in 1996.

That is when they re-started their own watch movement manufacturing facility, in Fleurier. Not a coincidence the designer of their first caliber (the 1.96) was none other than Michel Parmigiani. Who is also the founder of Parmigiani Fleurier. 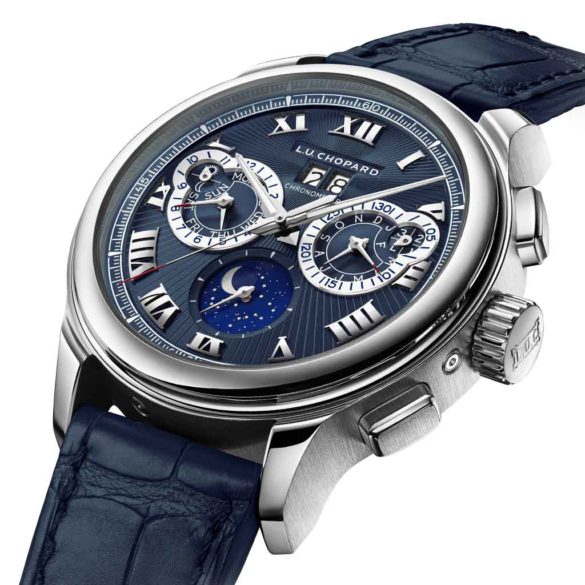 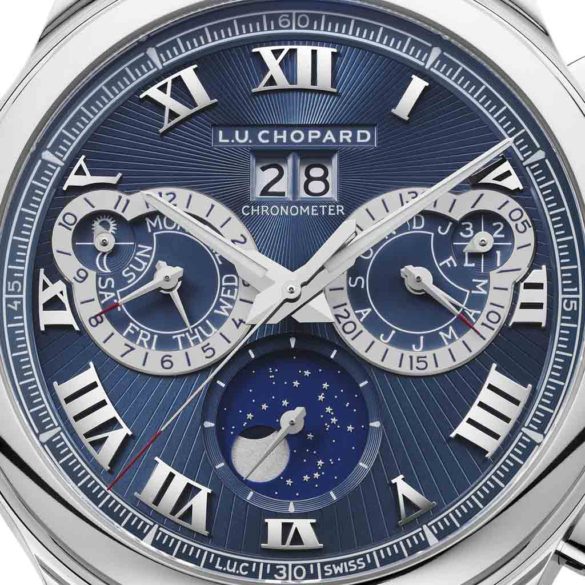 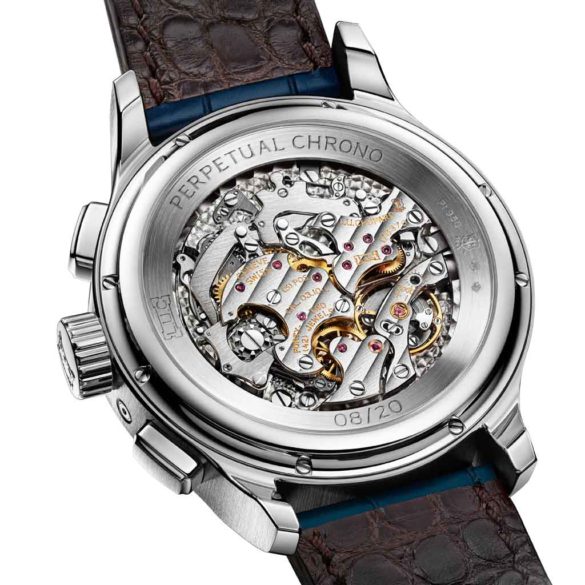 The Chopard L.U.C Perpetual Chrono Platinum is limited to 20 pieces

Back to 2017. This Chopard L.U.C Perpetual Chrono Platinum is an impressive manual flyback chronograph in platinum. A limited edition in gold was launched in 2016, this new one in platinum with blue dial, is also a limited edition. With the same 03.10-L caliber, entirely developed and produced in the Chopard Haute Horlogerie workshops. The caliber is built around a column wheel that controls all chronograph operations. Including the flyback function. 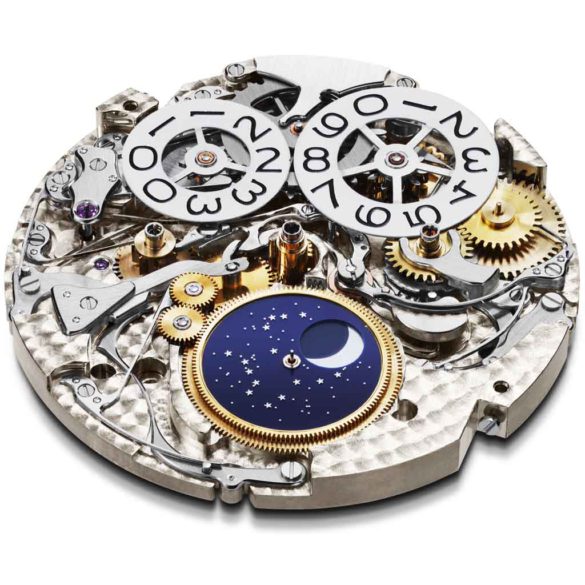 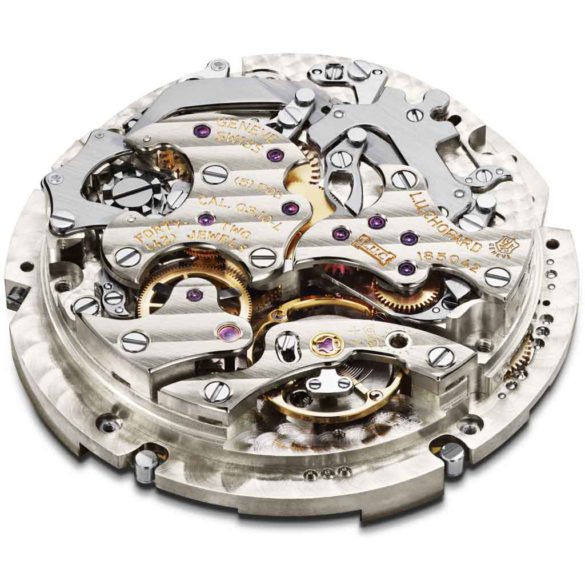 The front and back of Chopard’s caliber 03.10-L

Besides a moon phase – which only needs re-adjusting every 122 years – the second recognizable item from the perpetual calendar is the large twin-aperture date display.

The platinum case and solid gold dial are complemented by a hand-sewn vegetable-tanned alligator leather strap. The Chopard L.U.C Perpetual Chrono is by no means a small watch. Brands like Patek and even A. Lange have similar watches that are about 41 millimeters in diameter. However, the 45-millimeter Chopard is not extremely ‘out there’ but it most definitely makes a bolder statement than its peers. It’s not meant to be hidden under a dress shirt, and why should you?