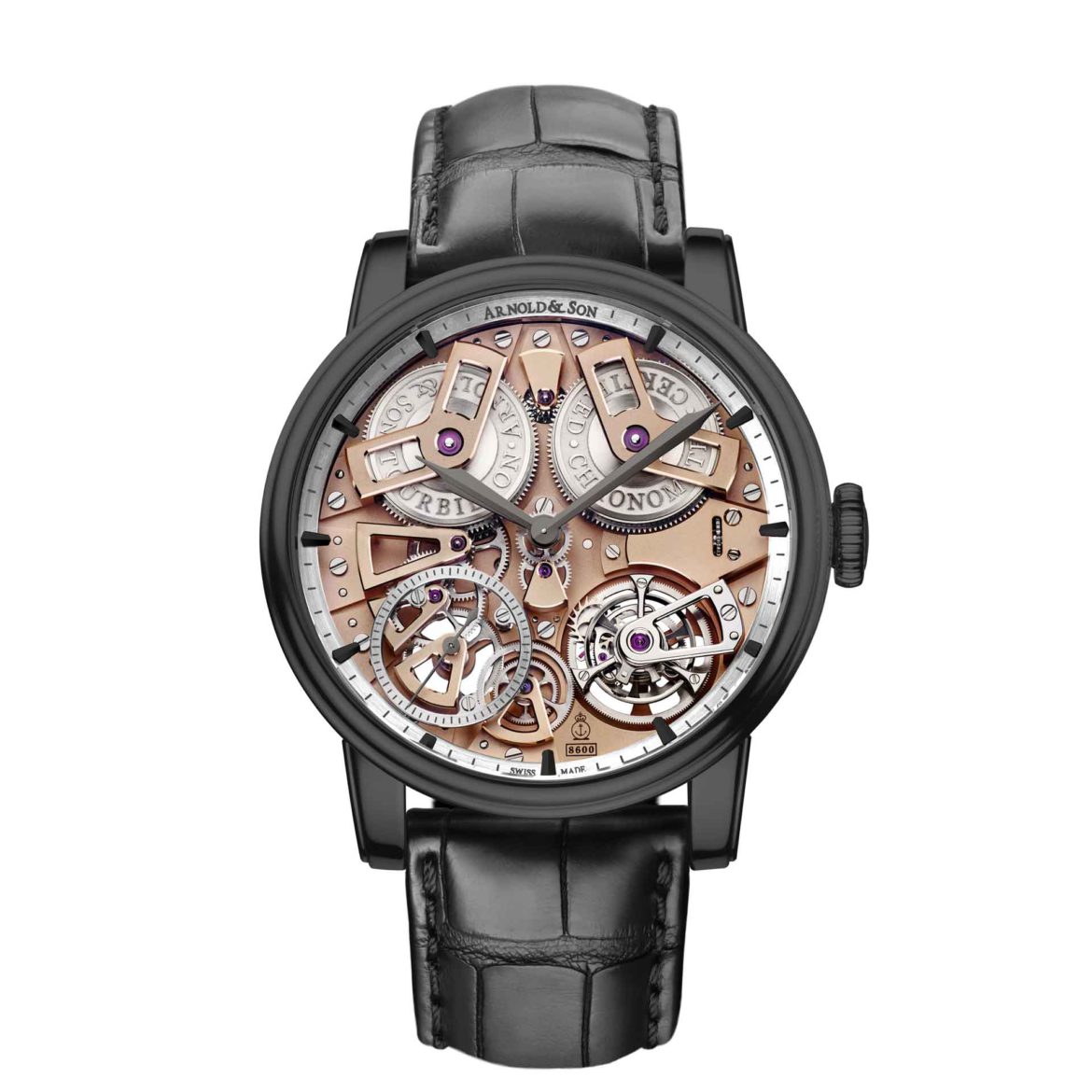 The Arnold & Son Tourbillon Chronometer No. 36 Gunmetal is a new edition of the watch that was inspired by the movement layout of a chronometer made by British watchmaker John Arnold in 1778. Yes, watch brands go a long way for some historical provenance.

Perhaps he is not as well-known as A.L. Breguet, but John Arnold was equally as influential as a watchmaker. It is just that the Swiss watch historians tend to focus on their own countrymen. Arnold is from the UK. However, for example, Arnold was the first watchmaker to use the term chronometer and he invented the detached escapement. The whole (short) story of the man and the brand can be interesting to read. 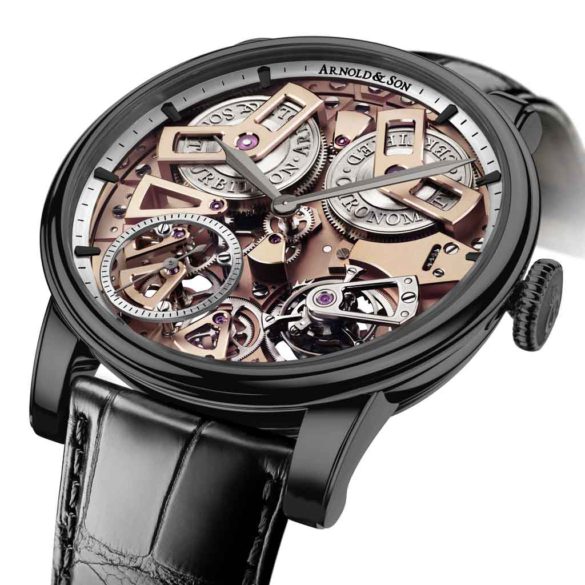 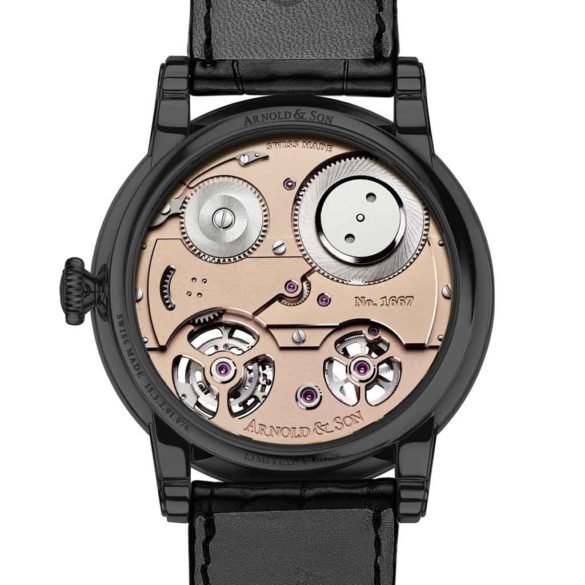 The watch is a contemporary horological homage to the Arnold 36, a pocket watch from 1778. This Chronometer No. 1/36 was the first pocket watch to be referred to as a chronometer due to its precise timekeeping capabilities. The new models, including the one presented here, haven’t much similarities with the one from 1778, but still it is a nice story.

The Arnold & Son Tourbillon Chronometer No. 36 Gunmetal is limited to 28 pieces 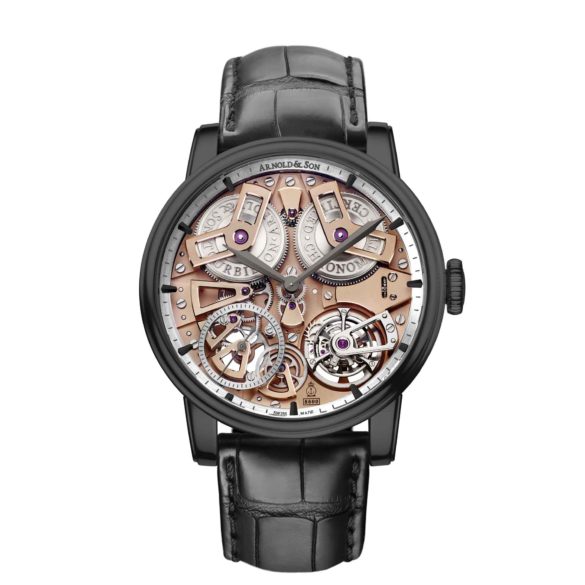 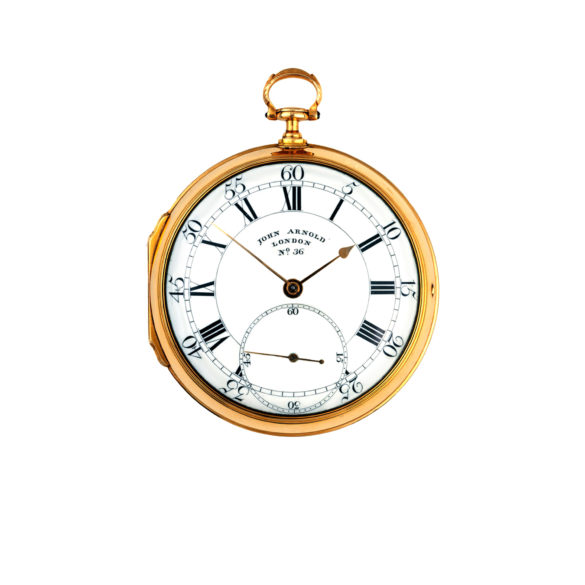 Inside is the A&S8600 movement, with tourbillon and COSC certification. The large 46-millimeter case is executed in dark grey DLC ‘gunmetal’ coating. DLC (Diamond-like Carbon) is extremely hard yet flexible. Which sounds a kind of strange but offers great possibilities to coat other materials giving them the hardness of diamond.

The gunmetal coating works pretty well with the open-worked dial. The colors are contrasting in a great way, which makes the busy dial a bit more easy to read. And you can really admire the nickel-silver and steel movement, with gold treated bridges and main plate. Like most A&S models the lay-out, with the two barresl, is very symmetrical.

The Arnold & Son Tourbillon Chronometer No. 36 Gunmetal comes on a brown or black alligator leather strap and is limited to 28 pieces. 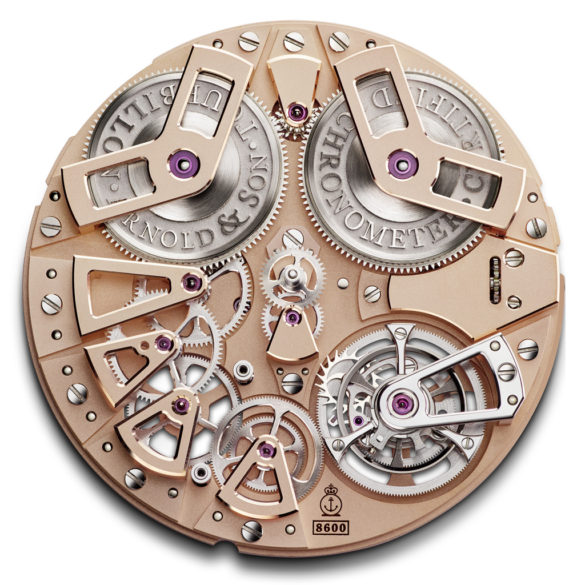 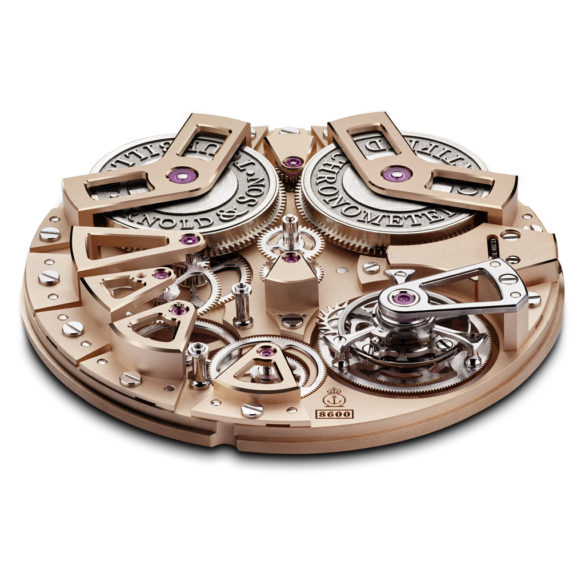