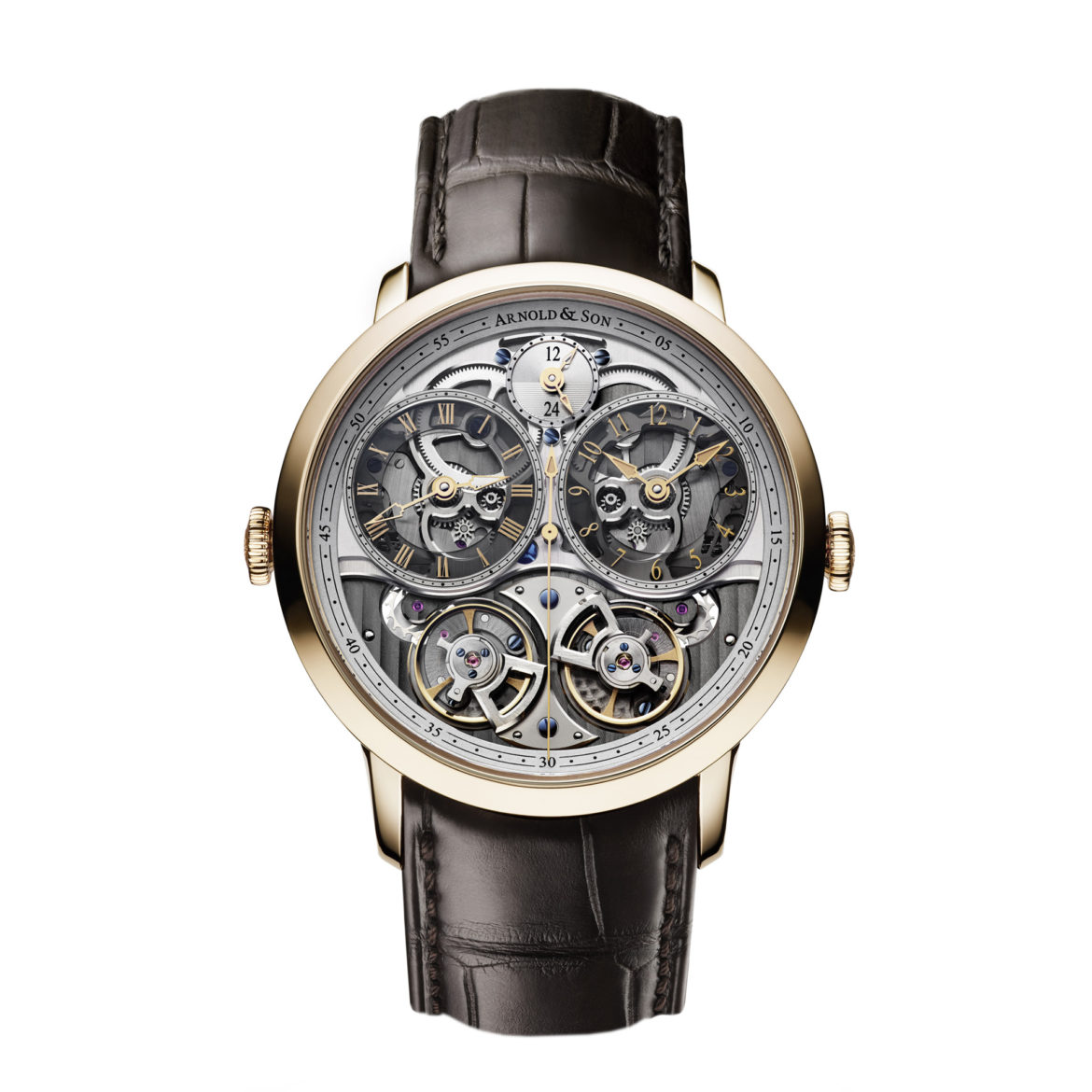 The Arnold & Son DBG Skeleton is yet another perfect symmetrical skeletonized watch by A&S. It is a limited edition of 30 pieces and it has two remarkable features.

The name DBG is an acronym for “double balance” and “GMT”. As the Arnold & Son DBG Skeleton has two separate time displays. Each is driven by its own barrel and gear train, with its own escapement and balance. As the dial is almost fully open-worked it offers a great view on what is going on behind those time displays. One display shows the local time, the other shows the home time. 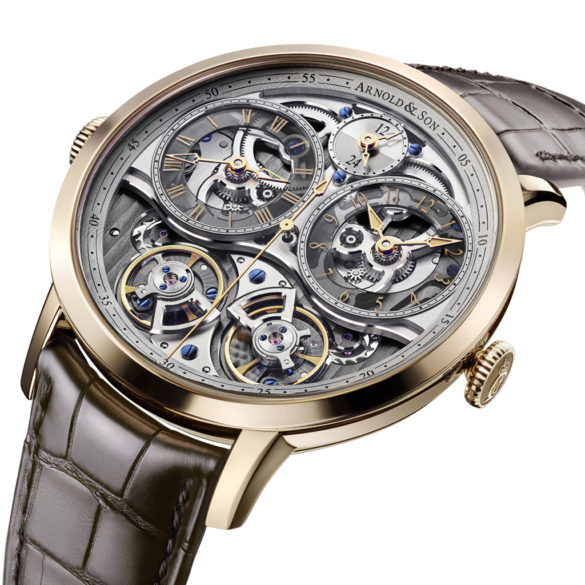 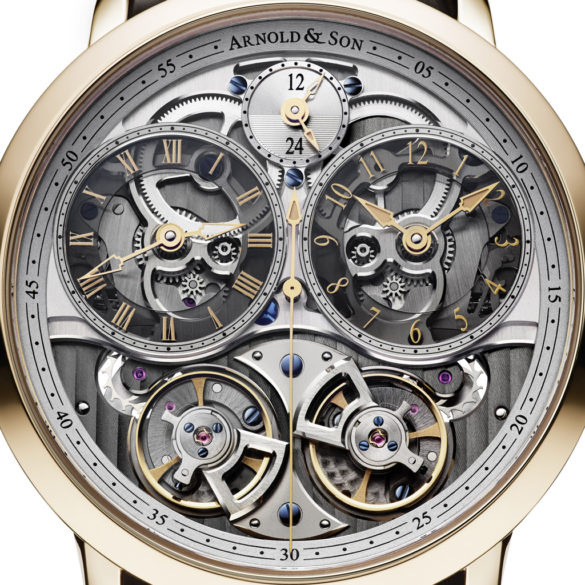 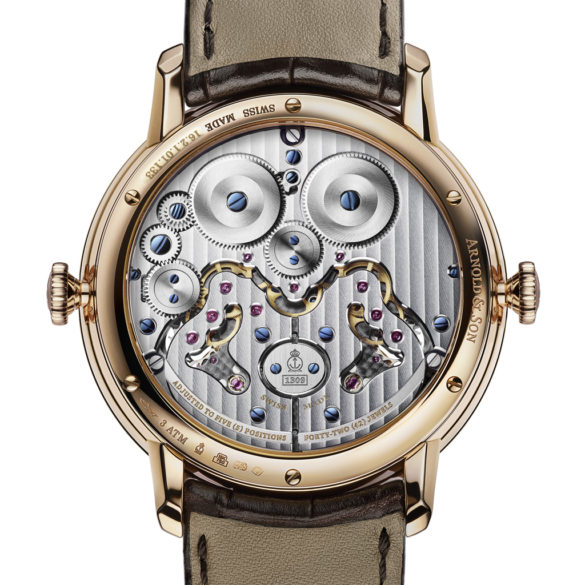 While most GMT’s only have an hour hand for the home time, this Arnold & Son DBG Skeleton has a minute hand too. This enables the wearer to set the precise time in zones that differ from Greenwich Mean Time by a fraction of an hour. Such as a quarter or a half. At the 12 o’clock position is a subdial showing the equation of the two time zones on a 24-hour basis with day/night indication.

So, two time displays, each with an hour and a minute hand: you might say that it’s a double watch in one case. With some fantasy. Although both time zones share one central seconds hand. 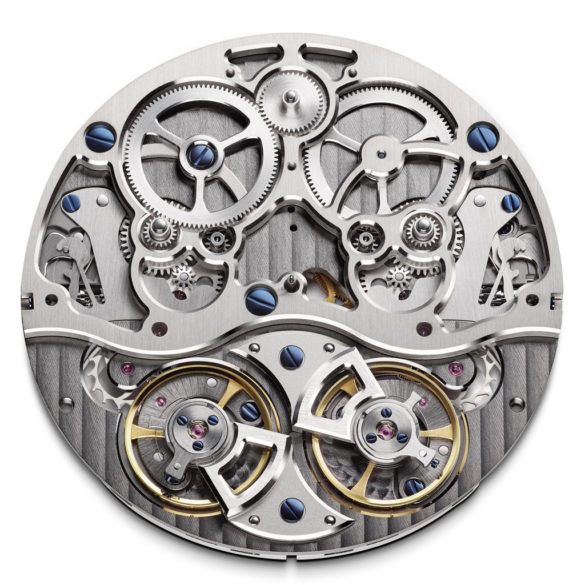 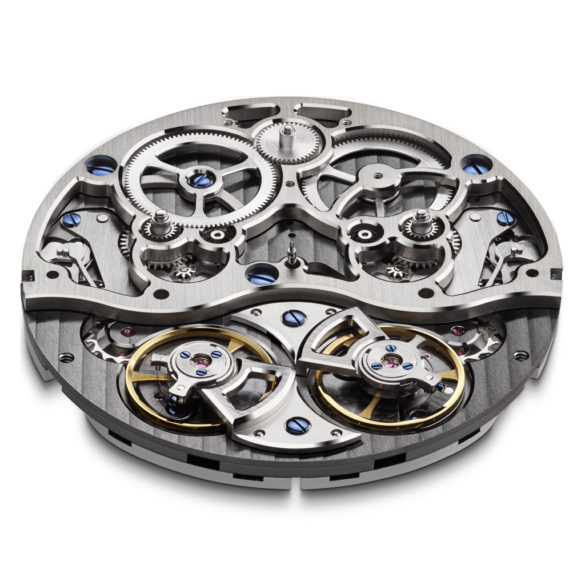 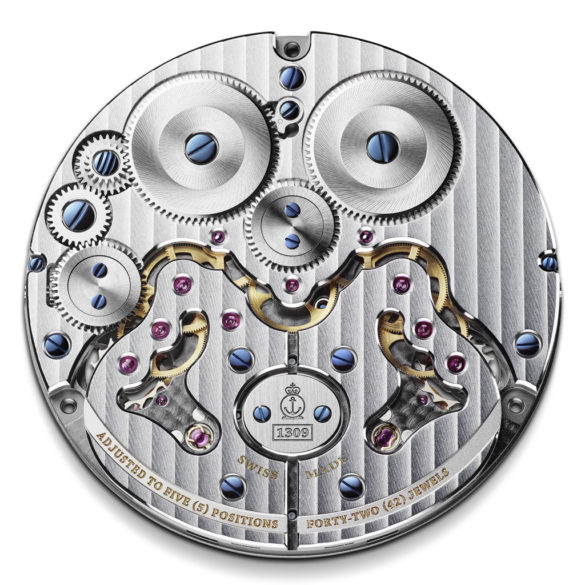