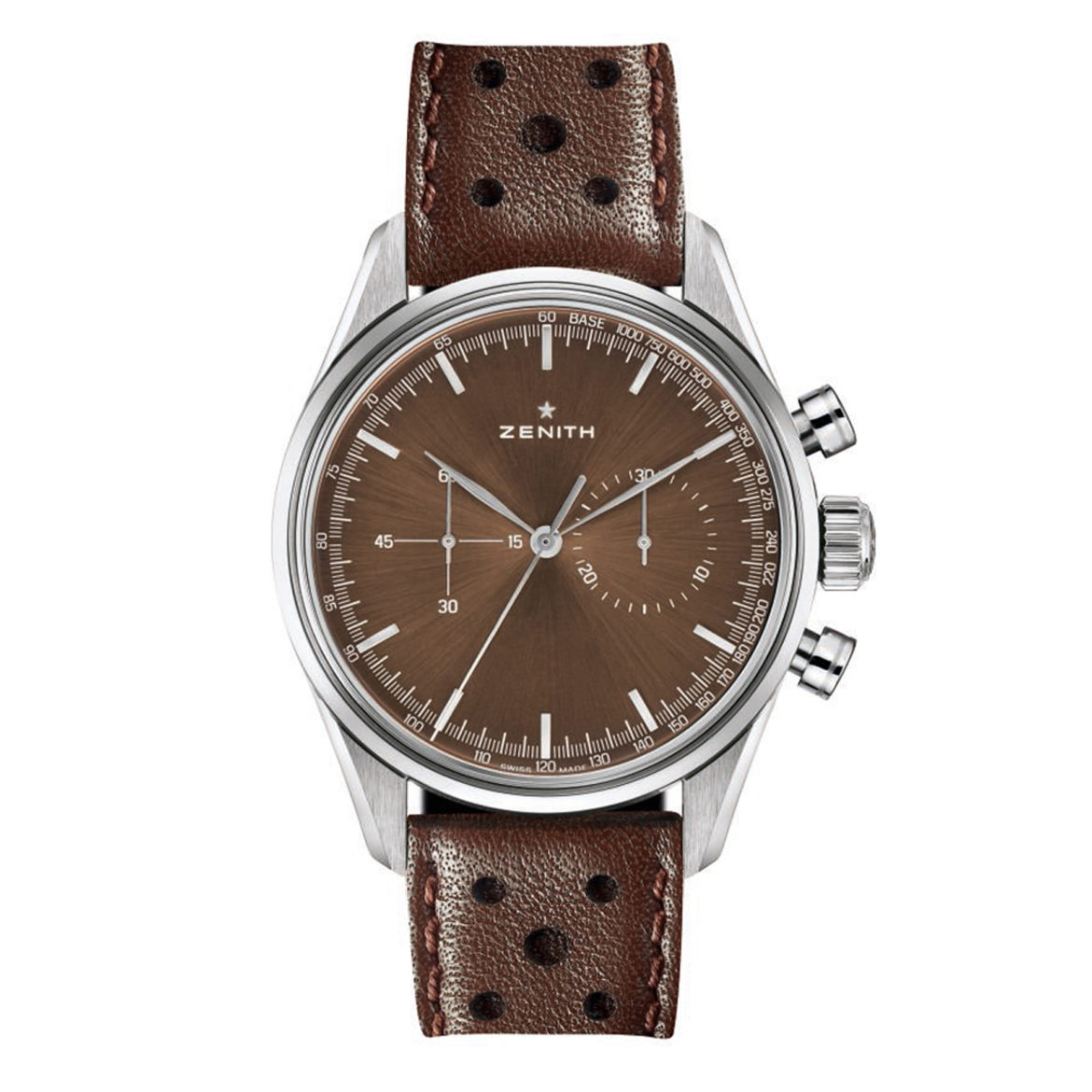 The Zenith Heritage 146 Chronograph is a reinterpretation of one of their 1960 models. Which one Zenith doesn’t tell, and maybe it’s not just one model. In the 1960s this kind of chronographs were available with Zenith’s 146D caliber and a two-counter dial without date window. Clean, or sober if you want, yet subtle. 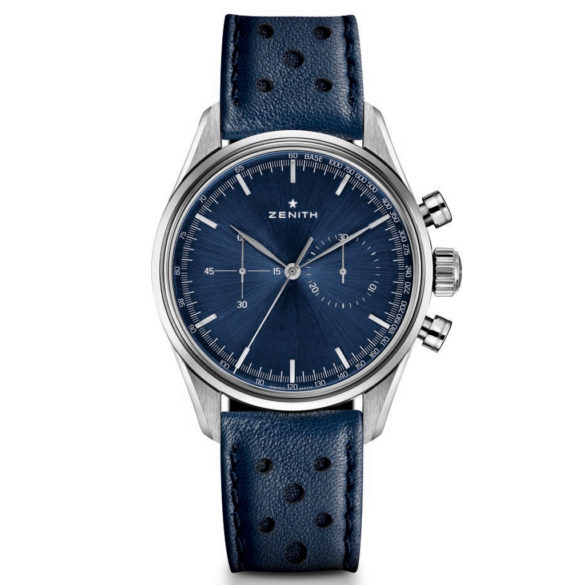 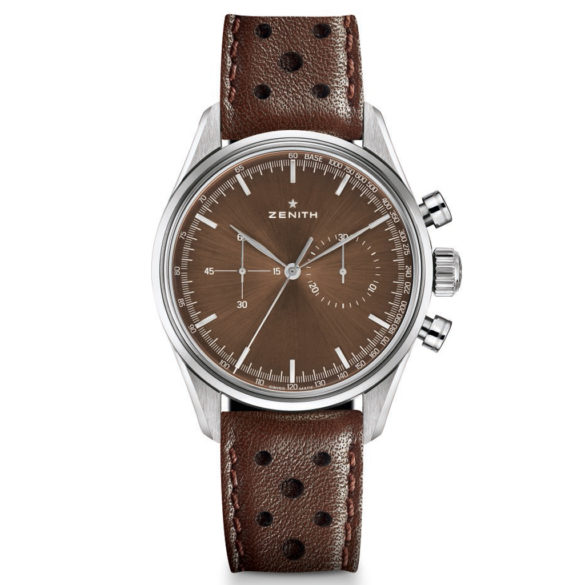 The caliber 146D from the 1960 models features a balance-wheel oscillating at a rate of 18,000 vibrations per hour, ensuring a 38-hour power-reserve. This Zenith Heritage 146 Chronograph features the El Primero 4069 caliber beating at a high frequency of 36,000 vph with a power-reserve of 50 hours. And just like the 1960 models it has a clear dial; a sunray-patterned brown or blue one with two counters. And a tachymeter scale. The column-wheel chronograph has a central sweep-seconds hand and 30-minute counter at 3 o’clock. That’s it. Small seconds are at the 9 o’clock position.

Not only the design and dial lay-out is from the 1960s, also its size: 38 millimeters. Which is rather small for a chronograph. It’s not unlikely Zenith will reveal more dial colors in the future and perhaps even a 40 or 42-millimeter model. Which would make the Heritage 146 Chronograph a strong addition to their Heritage collection. 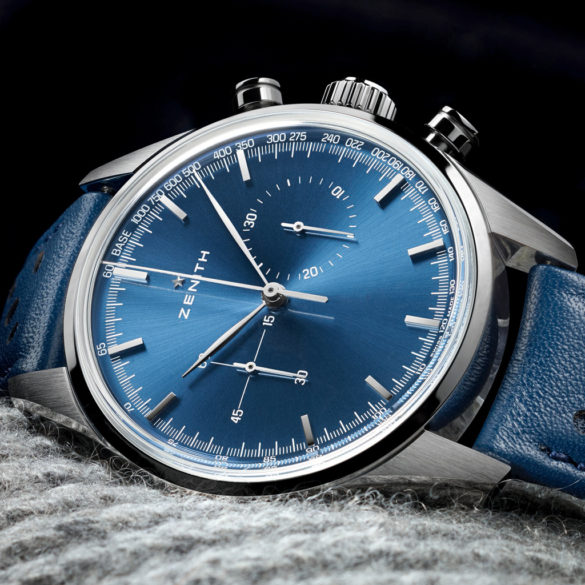 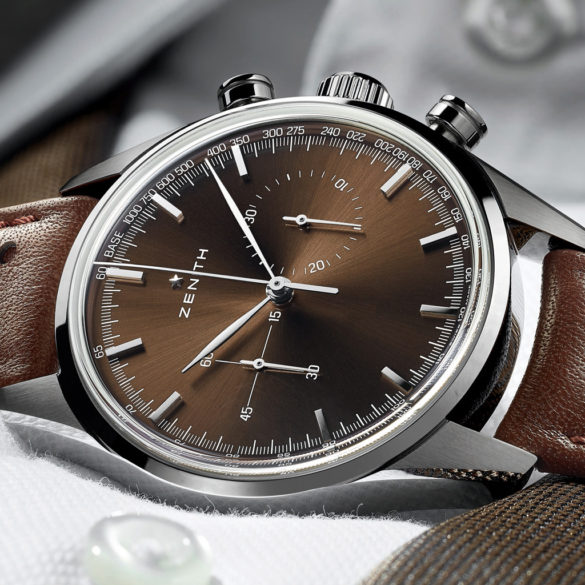