A brand that is perhaps not well known with the masses. But Ulysse Nardin definitely made itself heard with the arrival of this new Ulysse Nardin Marine Regatta. A watch with 650 parts and the most important function, except for telling time, is the regatta chronograph with count-down and count-up function. An essential feature for competitive sailing events.

The purpose of a regatta chronograph is not only to track racing time. More importantly, it is to count down the critical minutes before the racers cross the starting line. The ‘Fleet Race’, which takes place on a course marked by buoys, begins with a five, seven or ten-minute countdown at the end of which the yachts begin sailing the course. During this decisive interval, the competitors strategically position themselves on the starting line in order to cross the line as close as possible to the starting signal. 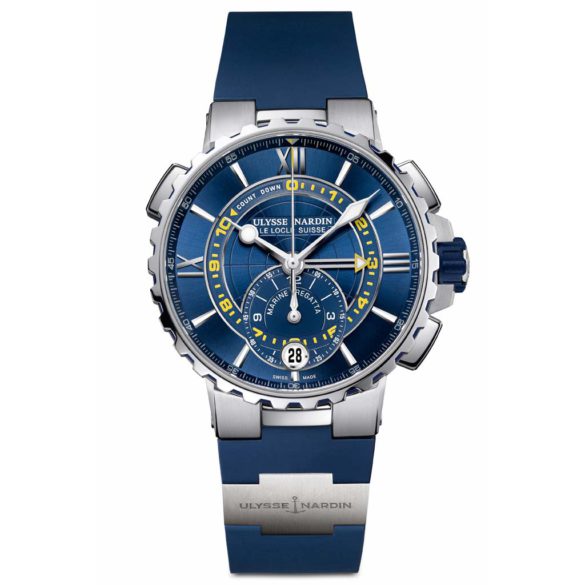 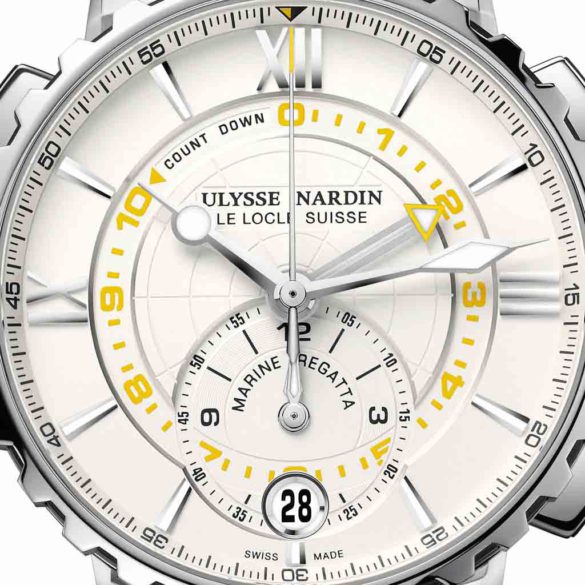 The Ulysse Nardin Marine Regatta is housed in a robust stainless steel case with the in-house UN-155 caliber. The regatta feature is easily located at the center of the blue or white dial.

The video below the specs shows it all. Enjoy!