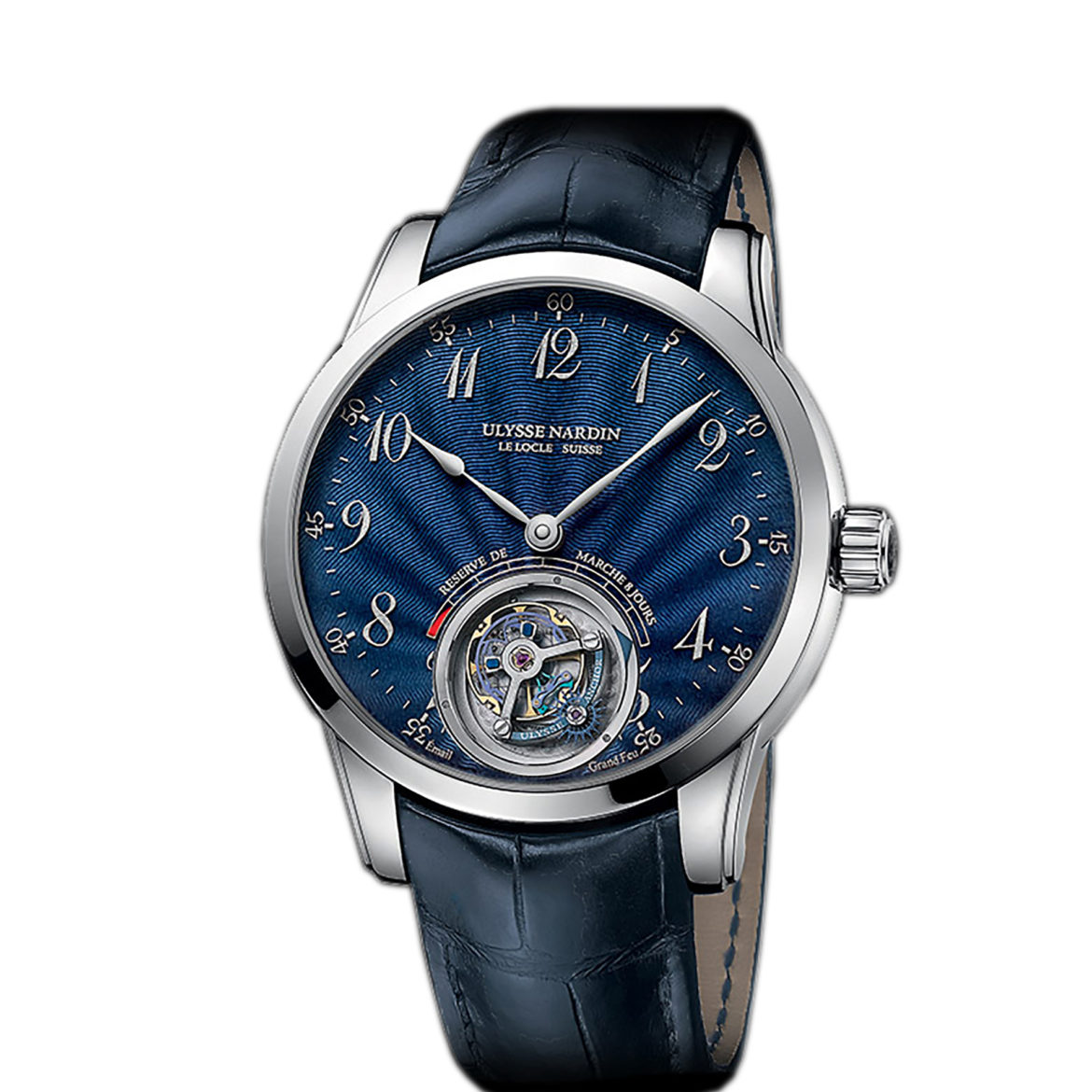 The new model in blue enamel has a real flashy appearance

Early in 2014 Ulysse Nardin showed a first prototype of the Anchor Tourbillon, a year later the tourbillon went on sale with a rose gold case and a white gold case, both with a white – enamel – dial. This very classic design was limited to 18 pieces per color. Later, two similarly classic black dialed versions were introduced, but this new model in blue enamel is more bold in appearance. The Ulysse Nardin Anchor Tourbillon Blue Enamel has an ocean blue dial to distinct it from the earlier models. In addition, the dial is provided with an effect of ocean waves. Small indentations in the metal of the dial are made in a wave form, after which they are filled with blue enamel material that is partly powdery and partly humid. Then the substance is heated so that it melts and fuses. After cooling this creates a wave effect and the dial is lightly sanded for the clear azure appearance to emerge. As before, this model is also available in both white gold and rose gold, again both limited to 18 pieces each. Inside you will find a technically very high escapement, which is in fact the engine of the timepiece. You can read a detailed English explanation about the escapement here. Below you will find a video from Ulysse Nardin in which you see the escapement in action. The Anchor Tourbillon won a highly prestigious award at the Grand Prix d’Horlogerie de Genève (GPHG) in 2015: The Tourbillon Watch Prize.

The diameter of the case is 44 millimeters, the 6 o’clock position offers an inside look at the beautiful tourbillon and the back is completely transparent. It comes with a blue leather strap.

This is how the escapement of the Ulysse Nardin Anchor Tourbillon Blue Enamel works: