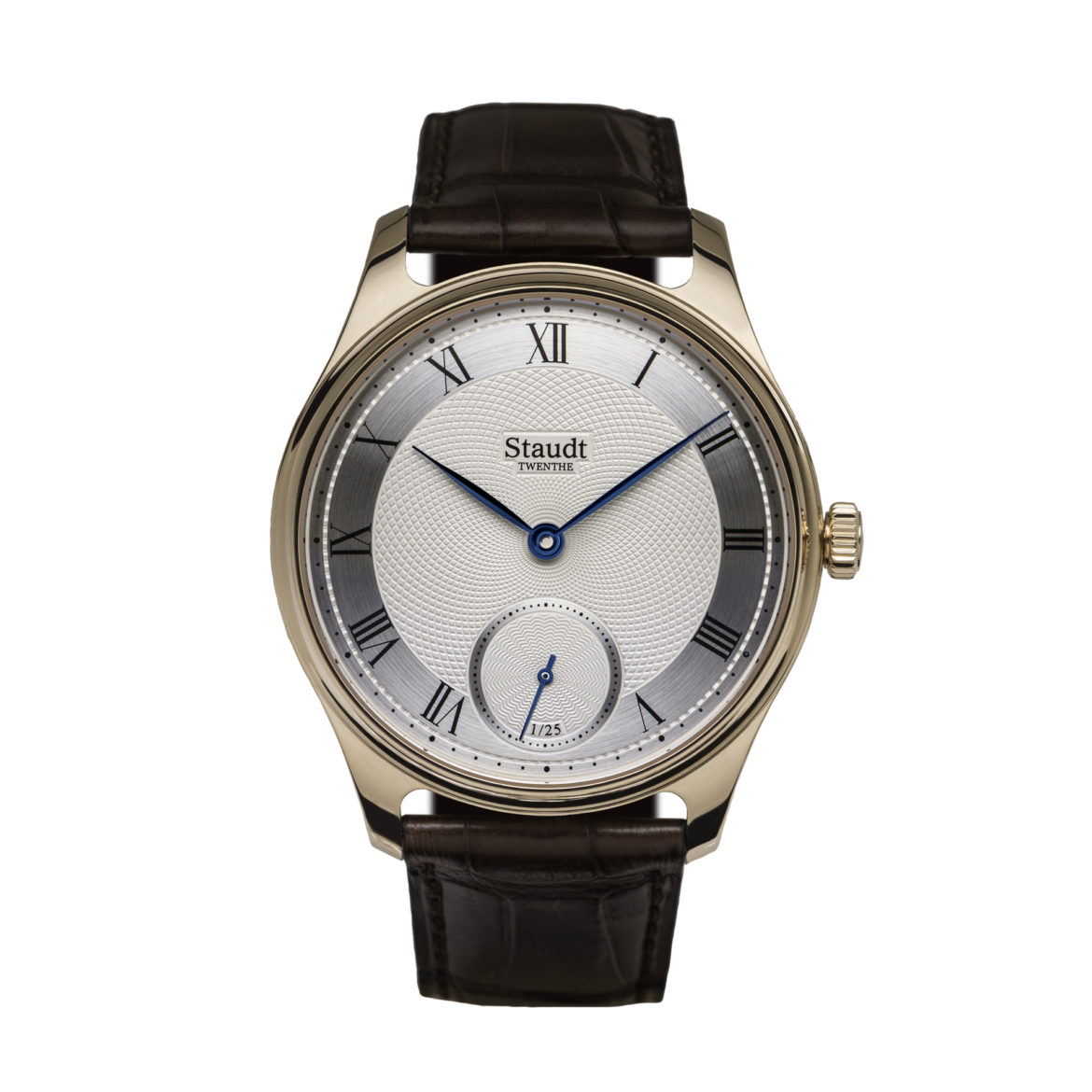 Praeludium is Latin for Prelude which refers to the musical background of Yvo Staudt. He is a professional classical accordionist. But during his study in Italy he was kind of bored and used his spare time to study the movement of watches. Which resulted in the creation of his own movement, finally leading to the founding of his brand. 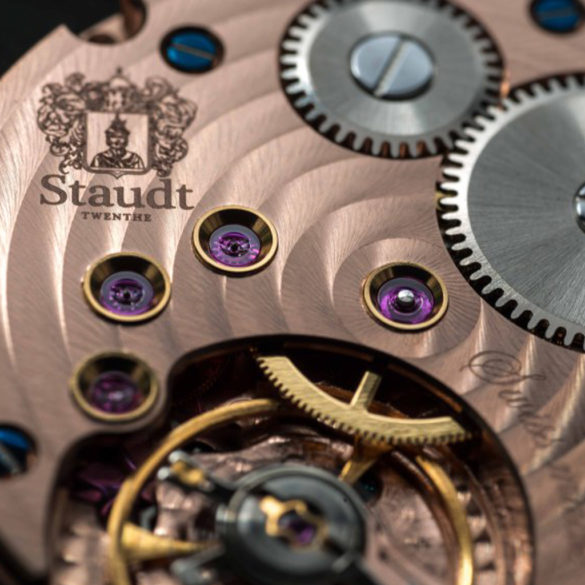 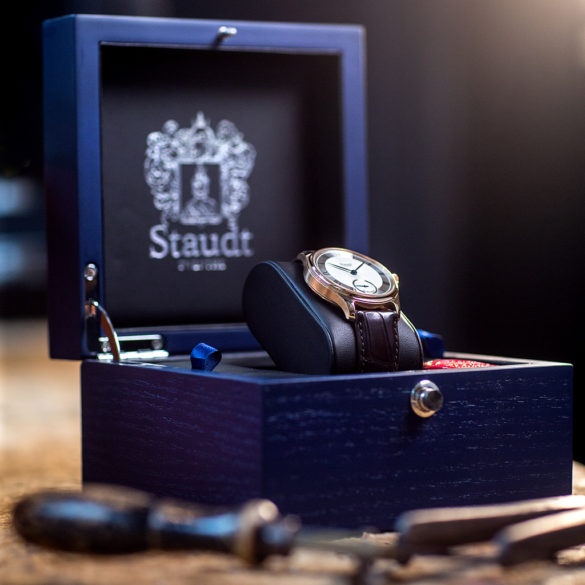 The Staudt Praeludium Guilloche is limited to 25 pieces

So, the caliber of the Staudt Praeludium Guilloche is an in-house caliber. Staudt is using several craftsmen from the Twenthe region in the east of The Netherlands, the location where the company is based. Together with Yvo they manufacture the movement and the special dial. Which is made from solid silver threated with a guilloche pattern. The rings on the outside of the dial show the (brushed) silver in its pure form.

The result is a classic hand-winder with classic looks strengthened by the corn- and burst pattern of the dial. A subtle and rare dress watch, limited to 25 pieces. 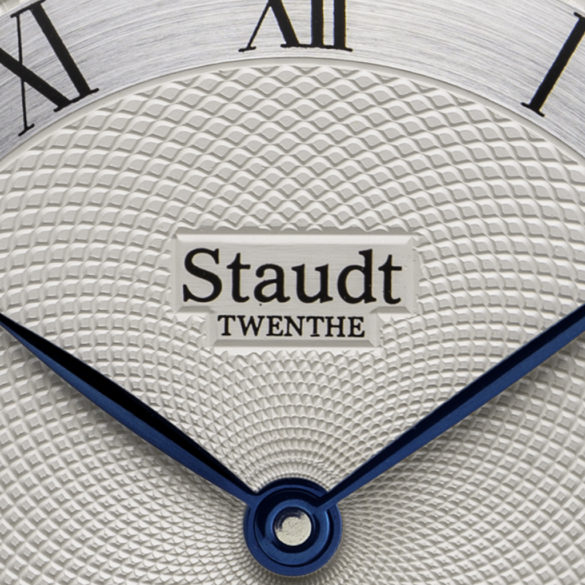 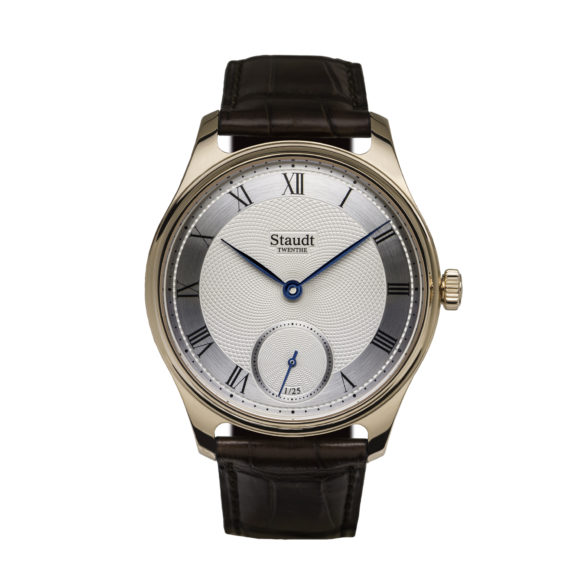 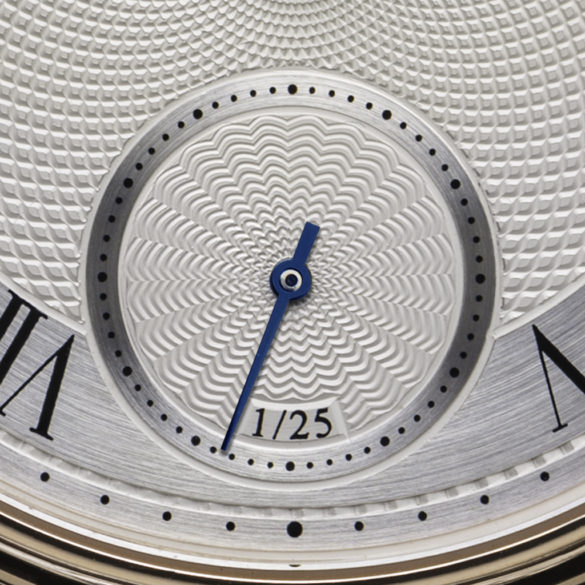