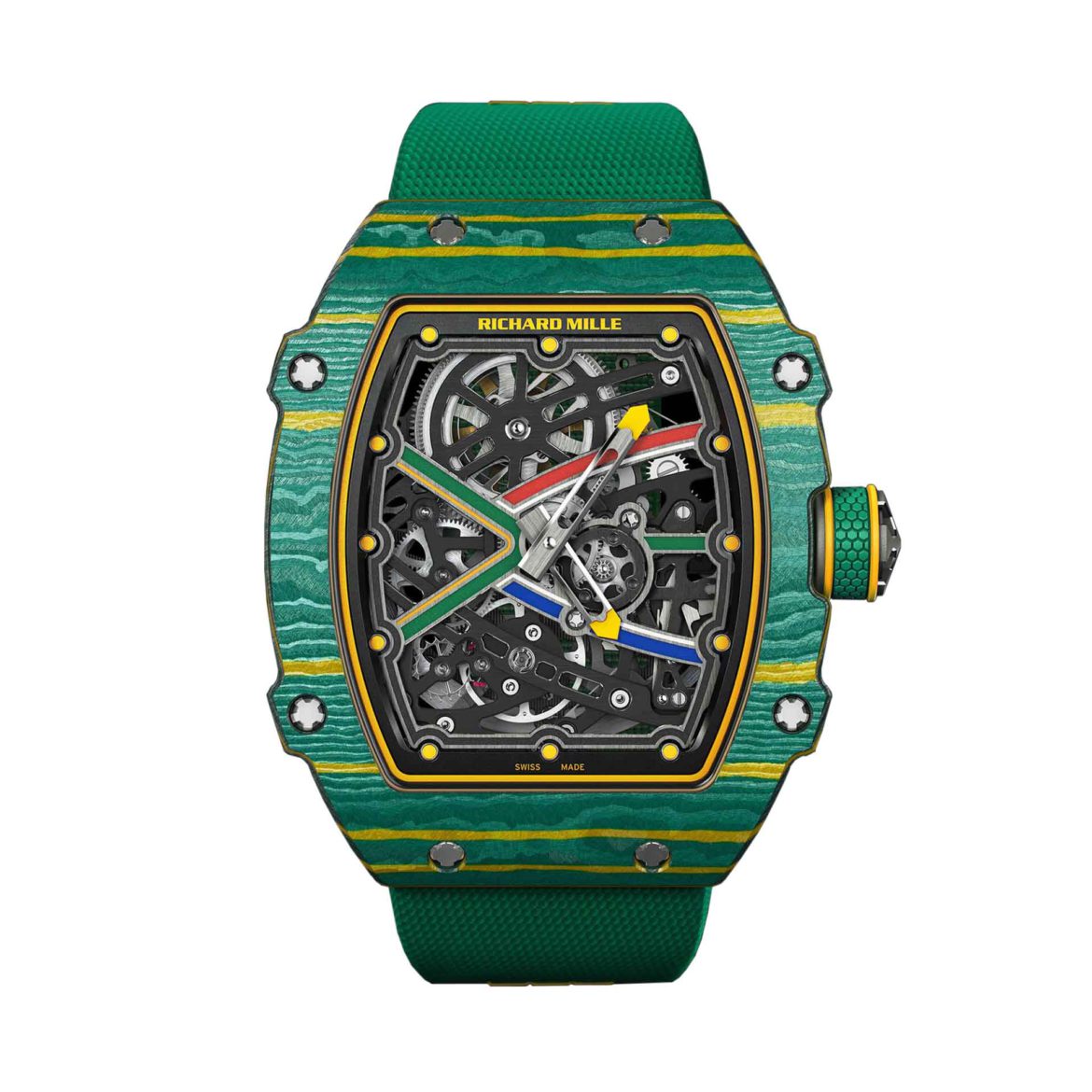 The latest spectacular entries into the RM collection are the Richard Mille RM 67-02 High Jump and Sprint. Simply put: a sporty version of the RM67-01. The RM 67-01 is chosen because of its thinness, lightness and great ergonomics. At just 7.8 millimeters high it’s a very slim case.

First up is the RM 67-02 High Jump made for Richard Mille’s newest ambassador Mutaz Essa Barshim from Qatar. The colors of the watch are also a nod to the homeland of the Olympic medalist with the nickname Mr. High Jump. The case of the RM 67-02 is made of Quartz TPT, a material that is known for its resistance against high temperatures, strength and anti-magnetic qualities. 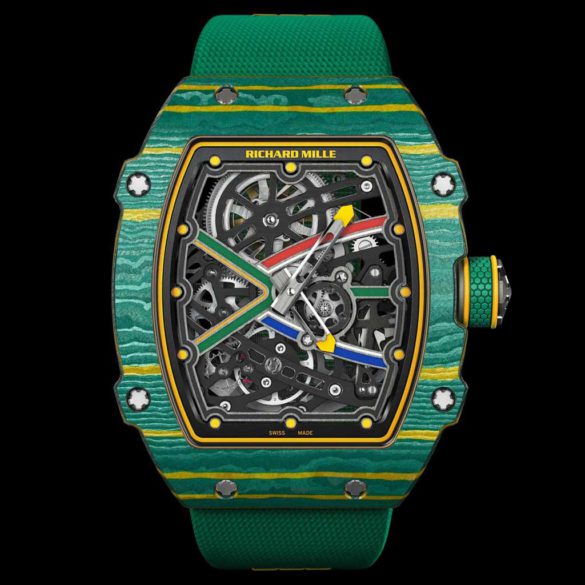 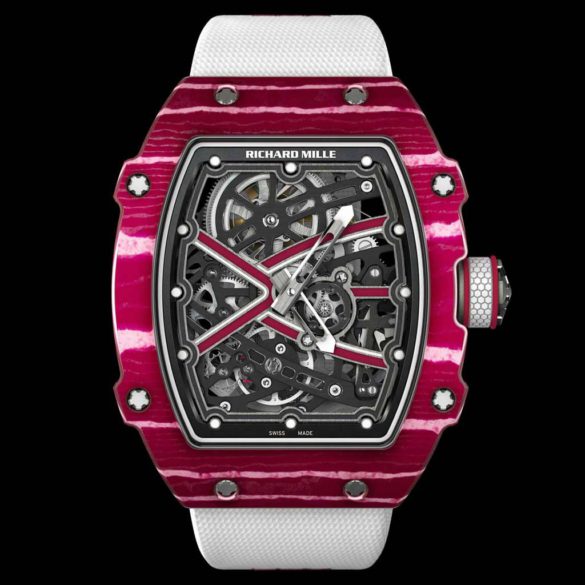 The second watch is the Richard Mille RM 67-02 Sprint and made for Olympic Gold medalist and world record holder for the 300 and 400 meters, Wayde van Niekerk. The green and yellow of the Quartz TPT case is because of Van Niekerk’s South African heritage. 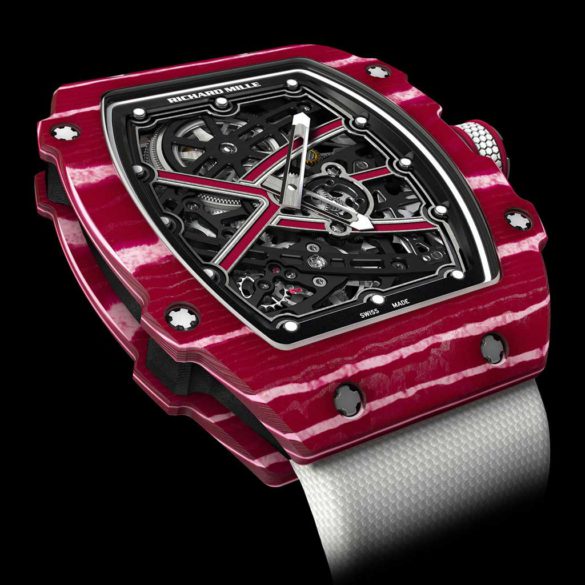 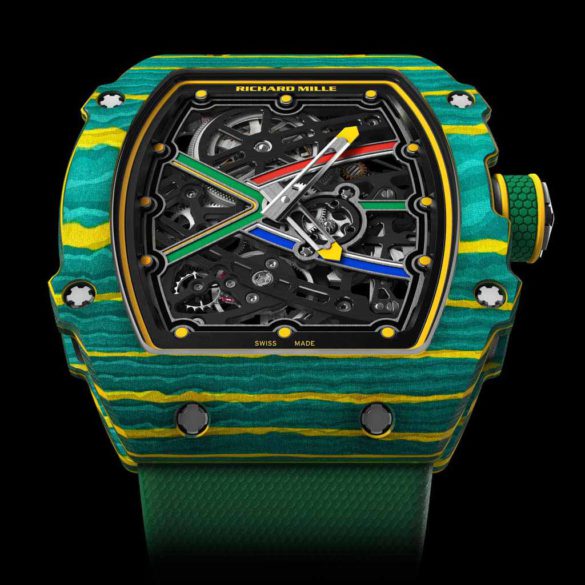 It speaks for itself that the skeletonized CRMA7 caliber can be admired through the sapphire crystal at both the front and at the case back. A feature that also deserves some special attention is the comfort strap. The strap is entirely seamless, non-slip and with hyper elastic qualities. The strap’s lightness made it possible to bring the weight of the Richard Mille RM 67-02 High Jump and Sprint down to just 32 grams. This makes it the lightest automatic watch in the Richard Mille collection. 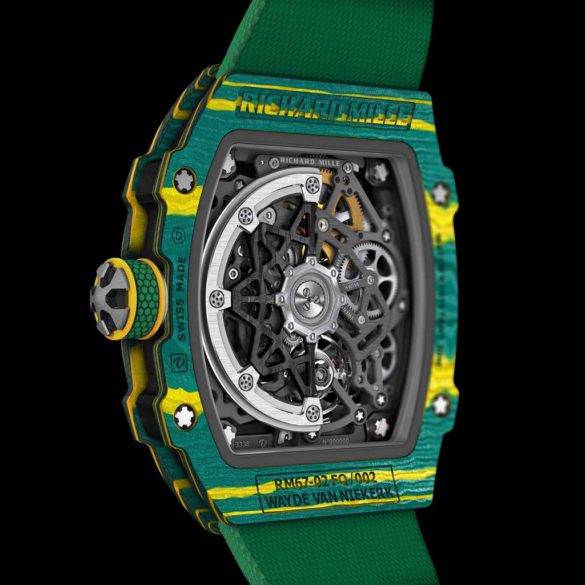 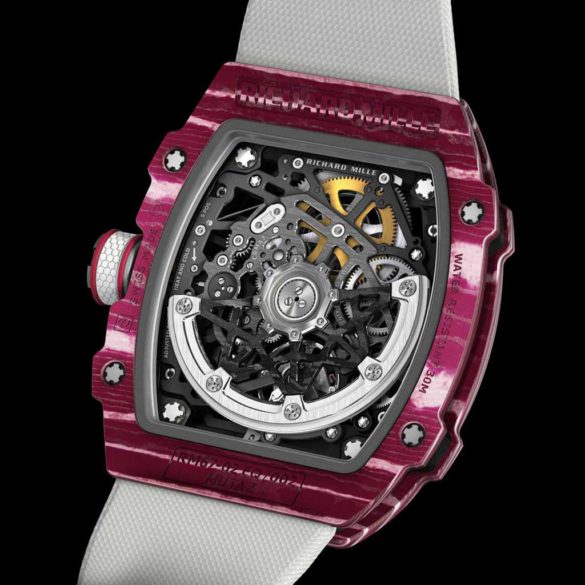