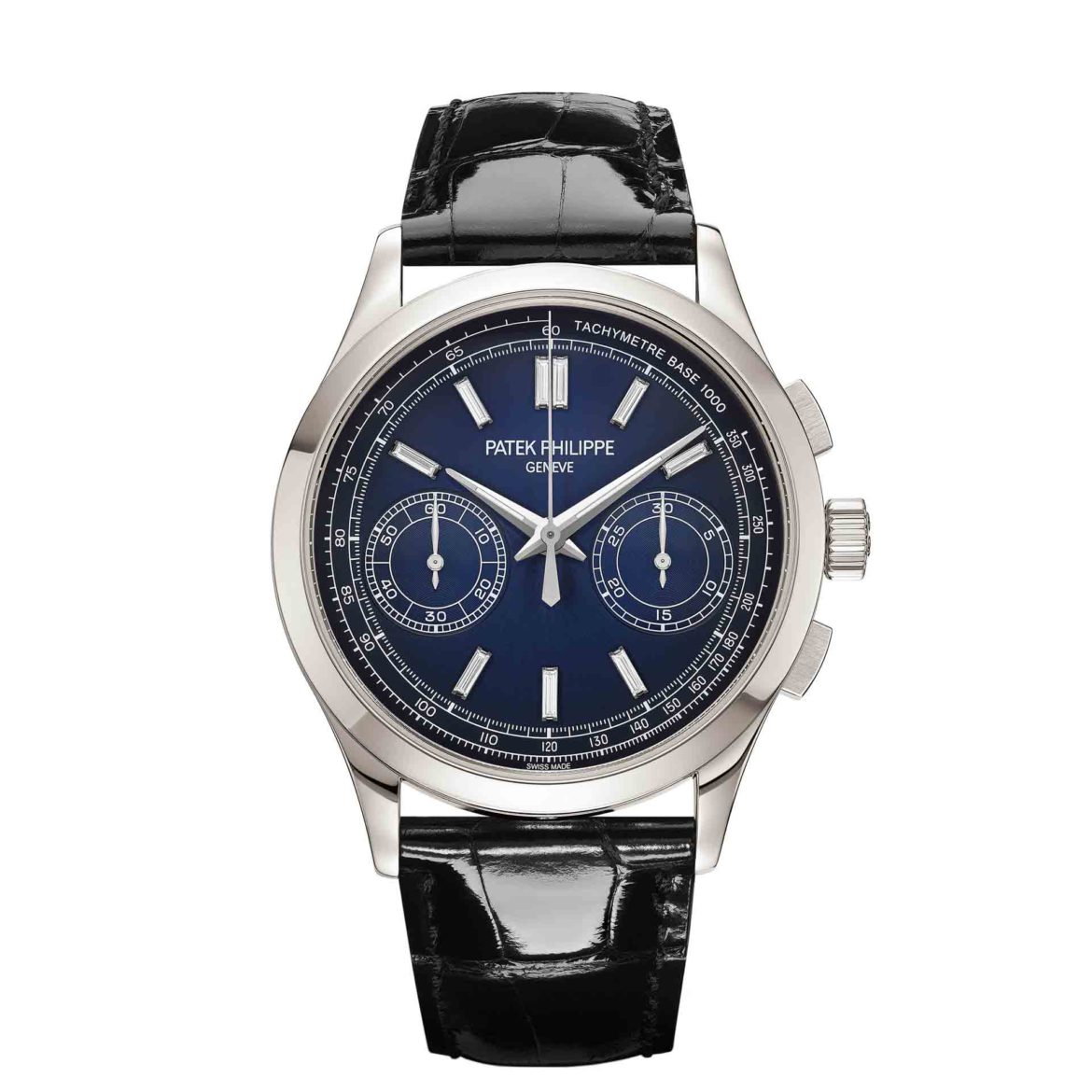 Two-register chronographs are a personal favorite of ours. It stands out from the normal layout and Patek has a great one with the Patek Philippe 5170P-001. It is now available in a platinum case with a dark blue sunburst pattern that fades to black around the edges.

But that is not even near the most impressive part of that dial. Without a doubt, the highlights are the hour markers. No, not in platinum or some exotic composite. Here we see nine baguette-cut diamonds that function as markers. It’s not the first time Patek Philippe has featured this in their watches, we also saw something similar a year ago on the anniversary Nautilus models. 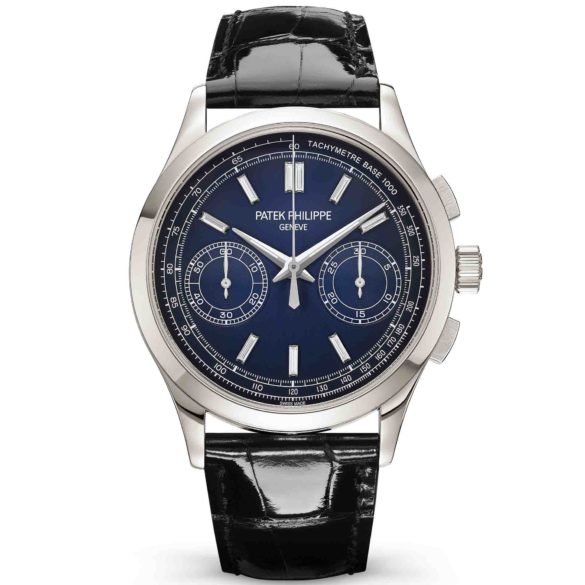 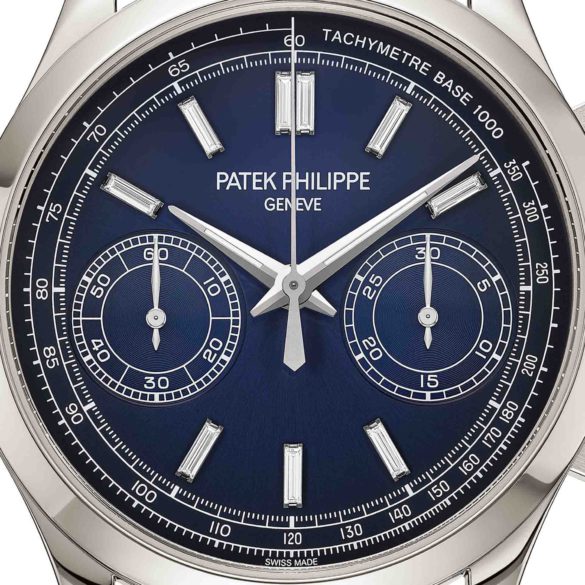 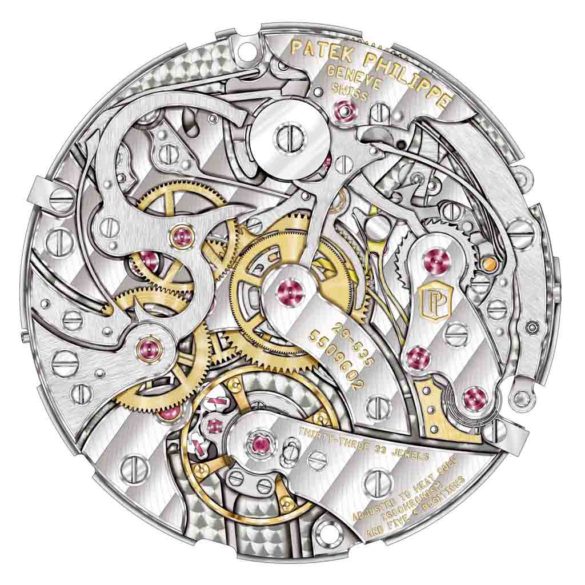 The great thing about what Patek does with the markers is to make it more subtle than just a couple of screaming diamonds that have been put on the dial. The markers are barely recognizable as diamonds and they are more similar to metal in a diamond cut.

The movement of the chronograph mechanism has been around for a couple of years and was first seen in the yellow gold 5170J that replaced the 5070 model. A movement that has been finished to the extreme. The Geneva Seal was not good enough, so they gave the two-register chronograph the ‘Patek Seal’.

The impressive CH 29-535 PS movement can be seen through the sapphire crystal case back. Watch brands like to put themselves on the back with their finishing and artisanal craftsmanship, but the people at Patek take this to a whole new level. We dare to say: we wouldn’t mind to wearing this backwards. If we could afford one…