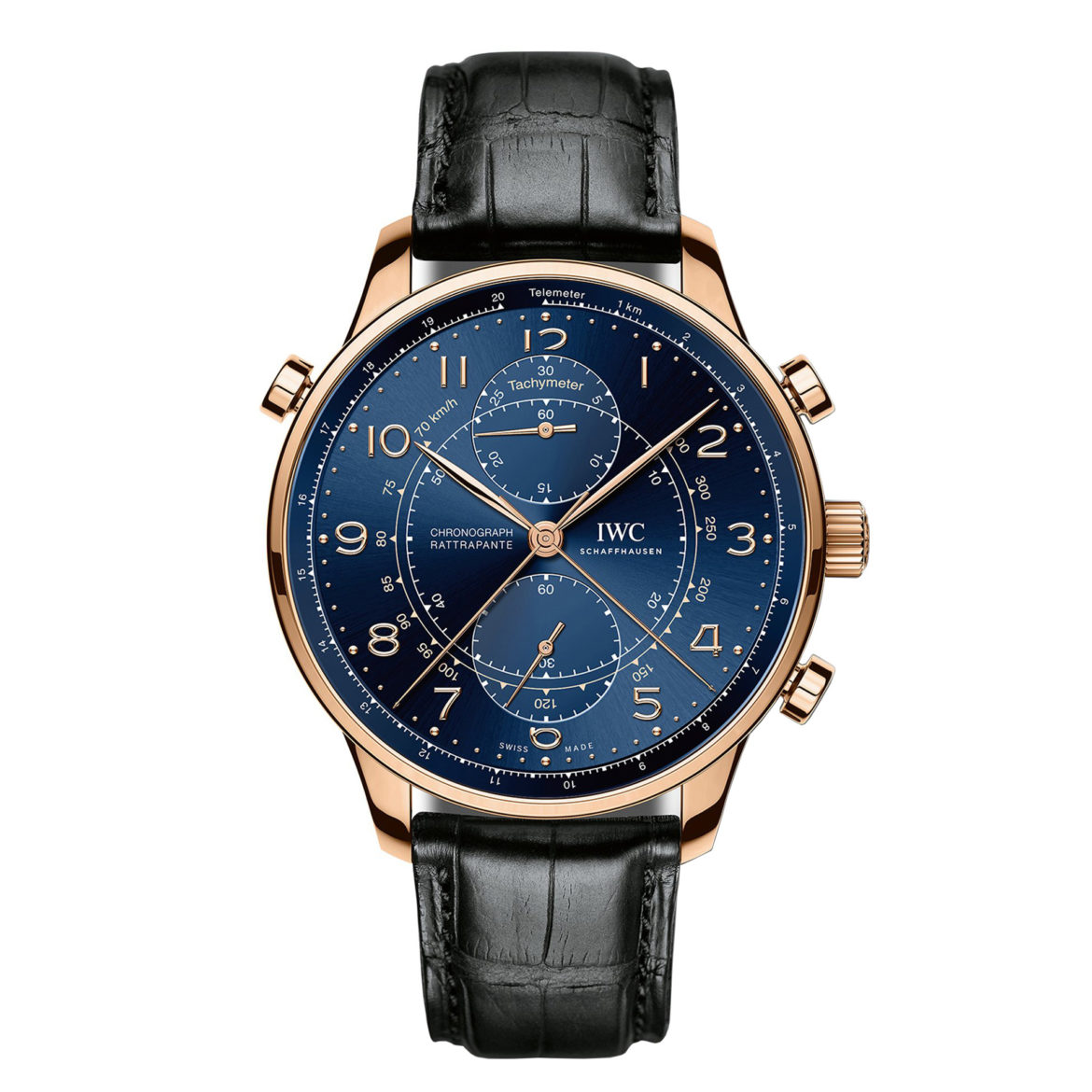 After ten years three new versions of the IWC Portugieser Chronograph Rattrapante are launched. Each one referring to IWC’s flagship stores in Europe: Munich, Paris and Milan.

The Portugieser Chronograph Rattrapante goes back to 1995 when the first model came on the market (ref. 3712). In addition to a standard chronograph, the Rattrapante also features a split-seconds mechanism. In 2006 it got an update and now three new versions are added to the collection.

The first one is the Edition Boutique Milano (ref. IW371215) which comes in a 40.9-millimeters red gold case and a bright blue dial. It features a telemeter scale on the ange of the dial and a tachymeter scale on the inner circle. The back case is engraved with a viper or “Biscione” which is the symbol of Milan. This version is limited to 100 pieces. The second is the Edition Boutique München (ref. IW371217). It features a 40.9-millimeters stainless steel case and comes with a dark blue dial. The case back is engraved with the Frauenkirche, a famous church in Munich. It is limited to 250 pieces. 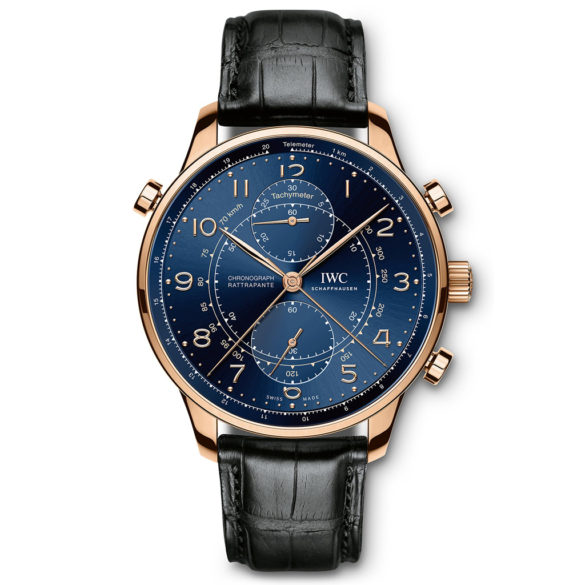 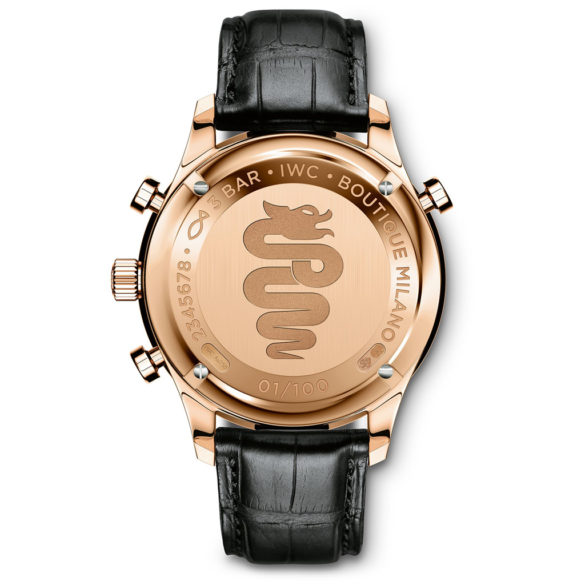 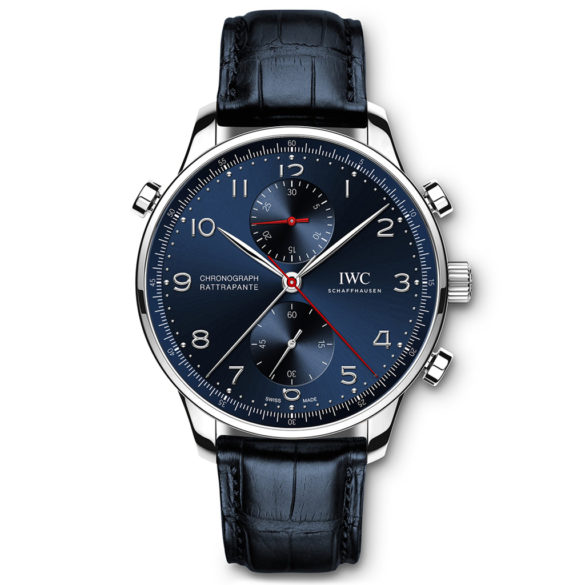 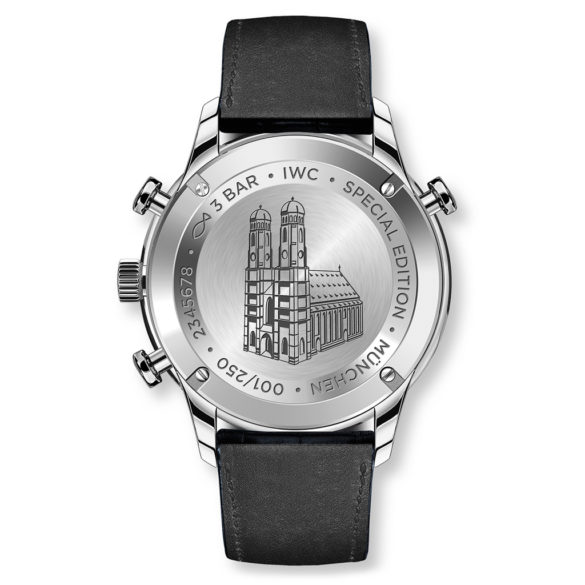 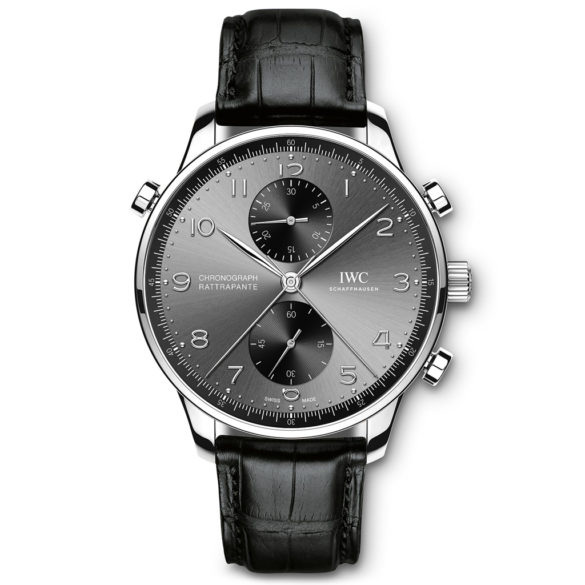 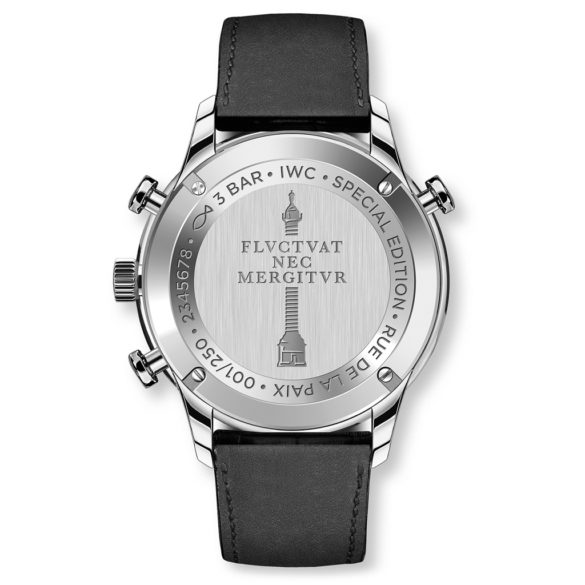 The third one is the Edition Boutique Rue de la Paix (which is in Paris, with ref. IW371216), and it features the same case as the München version. It comes with a slate-colored dial. The back case of this edition is engraved with “Fluctuat nec mergitur” which is Latin meaning “Tossed but not sunk”. Since 1359 it is the motto of the city of Paris. And it also has the The Vendôme Column engraved on the back, which is at the end of the Rue de la Paix at the Place Vendôme. This version is also limited to 250 pieces.

The one from Milan is already on sale, de Paris version goes on sale this month, and the Munich version will be available in spring 2017.