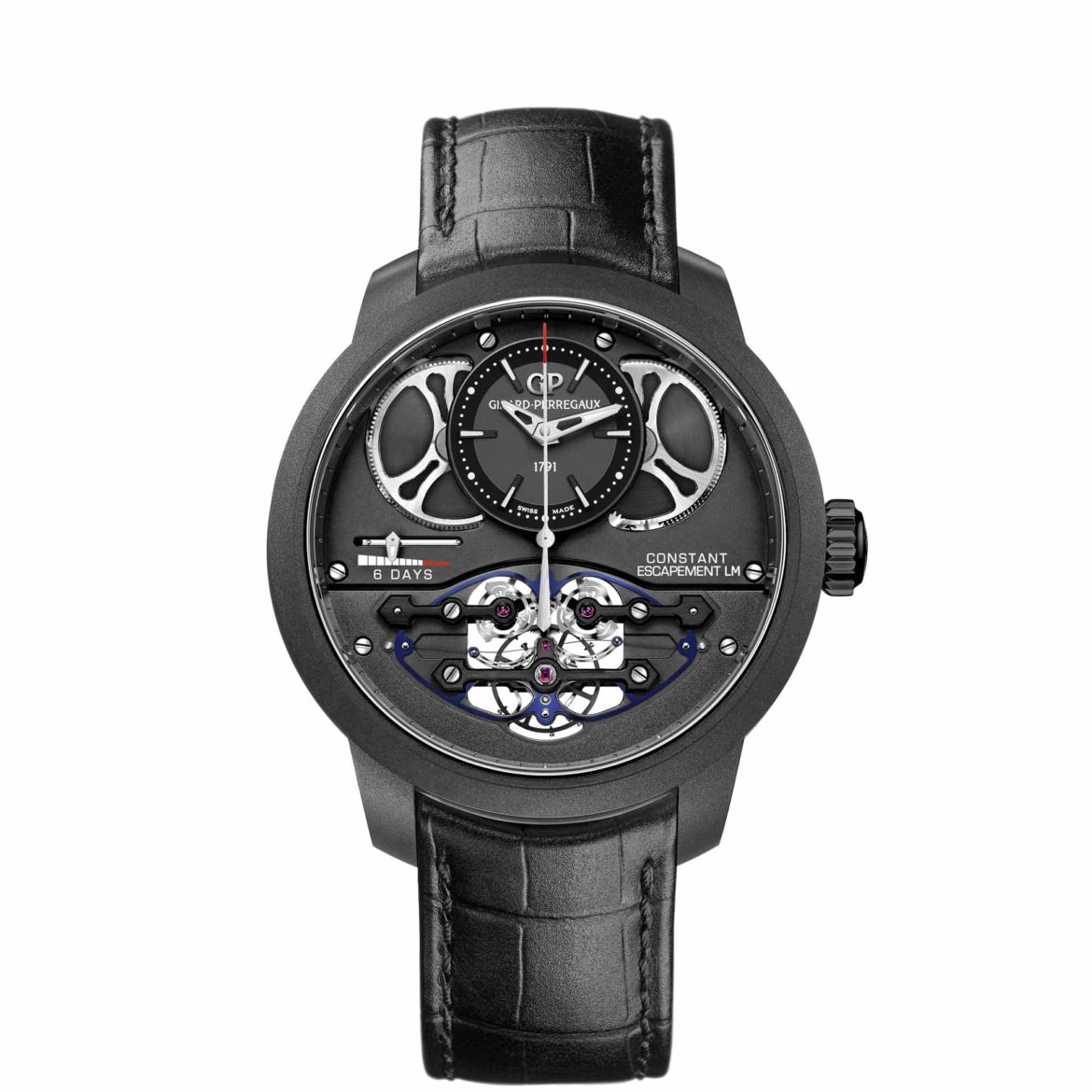 This is some serious horology on a couple of square centimeters. In 2008, after five years of development Girard-Perregaux showed a prototype of a new technical solution. Which is still the showpiece of this model, introduced in 2013: a constant force escapement. The Girard-Perregaux Bridges Constant Escapement LM 2017 isn’t really new but a range extension with three new cases. But let’s take a look at the constant force escapement first.

The effect of a constant force escapement is that it does not matter how much energy comes from the barrel, the escapement will transmit a constant energy to the balance/regulator. In other words, the Girard-Perregaux Bridges Constant Escapement LM 2017 will offer the same energy and precision on both the first and sixth day of its power-reserve. 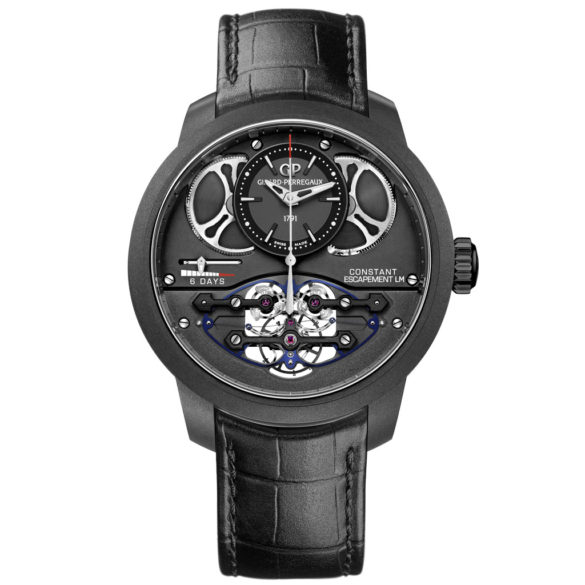 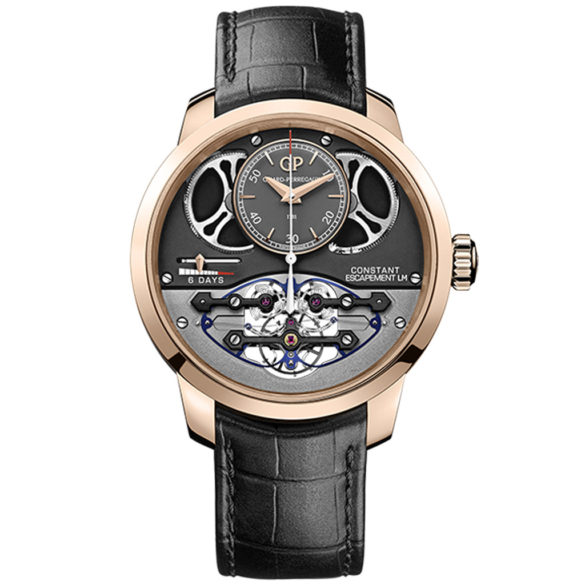 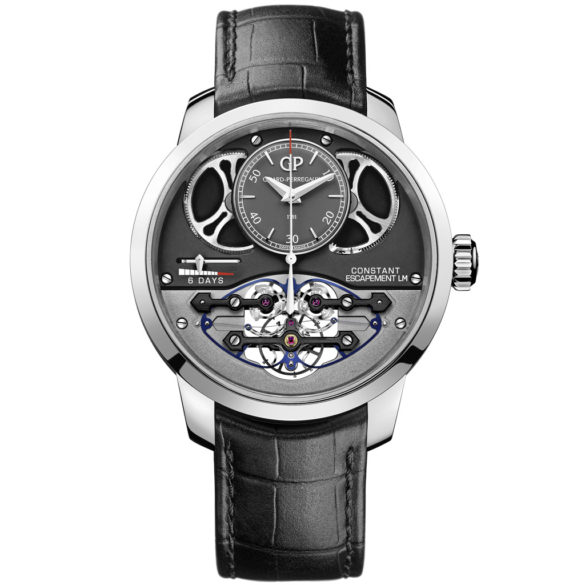 That brings us to another impressive feature: the hand-winding manufacture movement and its power-reserve. Two double barrels with springs that have a combined length of three meters, result in an impressive power-reserve of six days. A linear indicator at the 9 o’clock position displays how much energy is left.

The design is made around the constant force escapement. No wonder if you achieve this kind of consistency, in horological circles also named the ‘holy grail of watchmaking’. 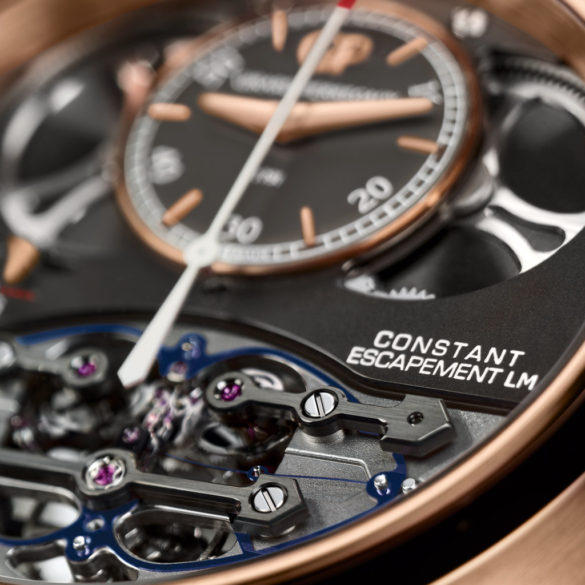 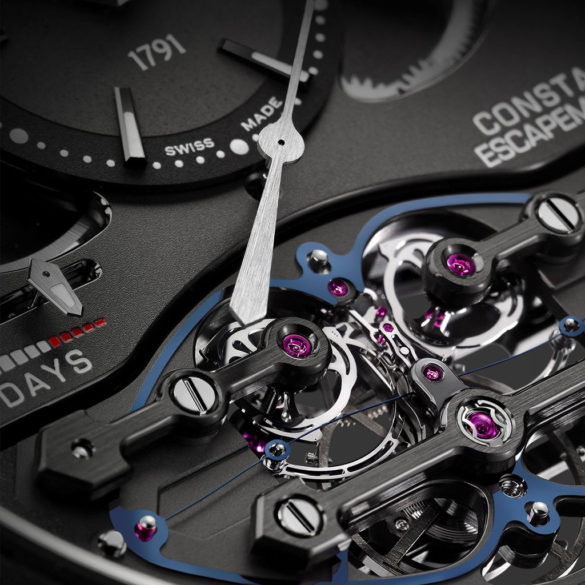 Although the spring has been used as an energy reserve since the 15th century, this issue had never yet been fully resolved. Several escapements have been invented, but Girard-Perregaux is the first watch manufacture to have fundamentally rethought this component.

Our favorite iteration is the Girard-Perregaux Bridges Constant Escapement LM 2017 in a carbon-titanium composite with a hand-sewn black alligator leather strap with rubber effect. The 46-millimeter 2017 model is also available in pink gold and white gold with a crocodile leather strap with a corresponding triple folding clasp in the same material as the case. 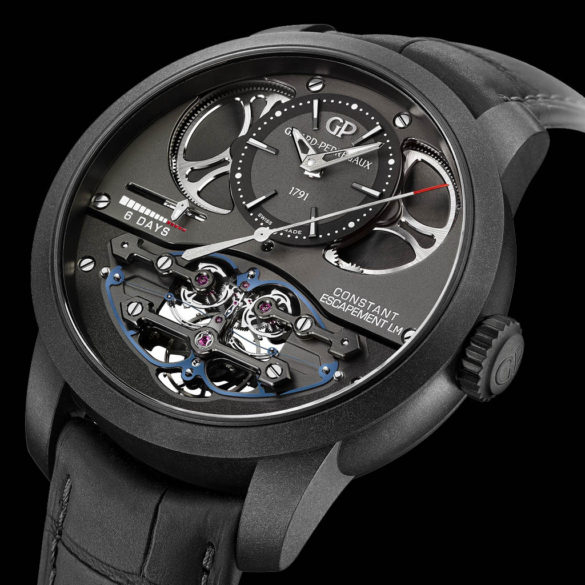 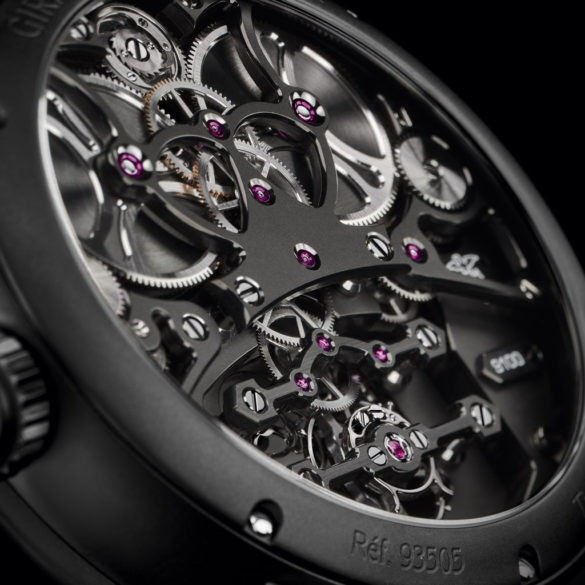