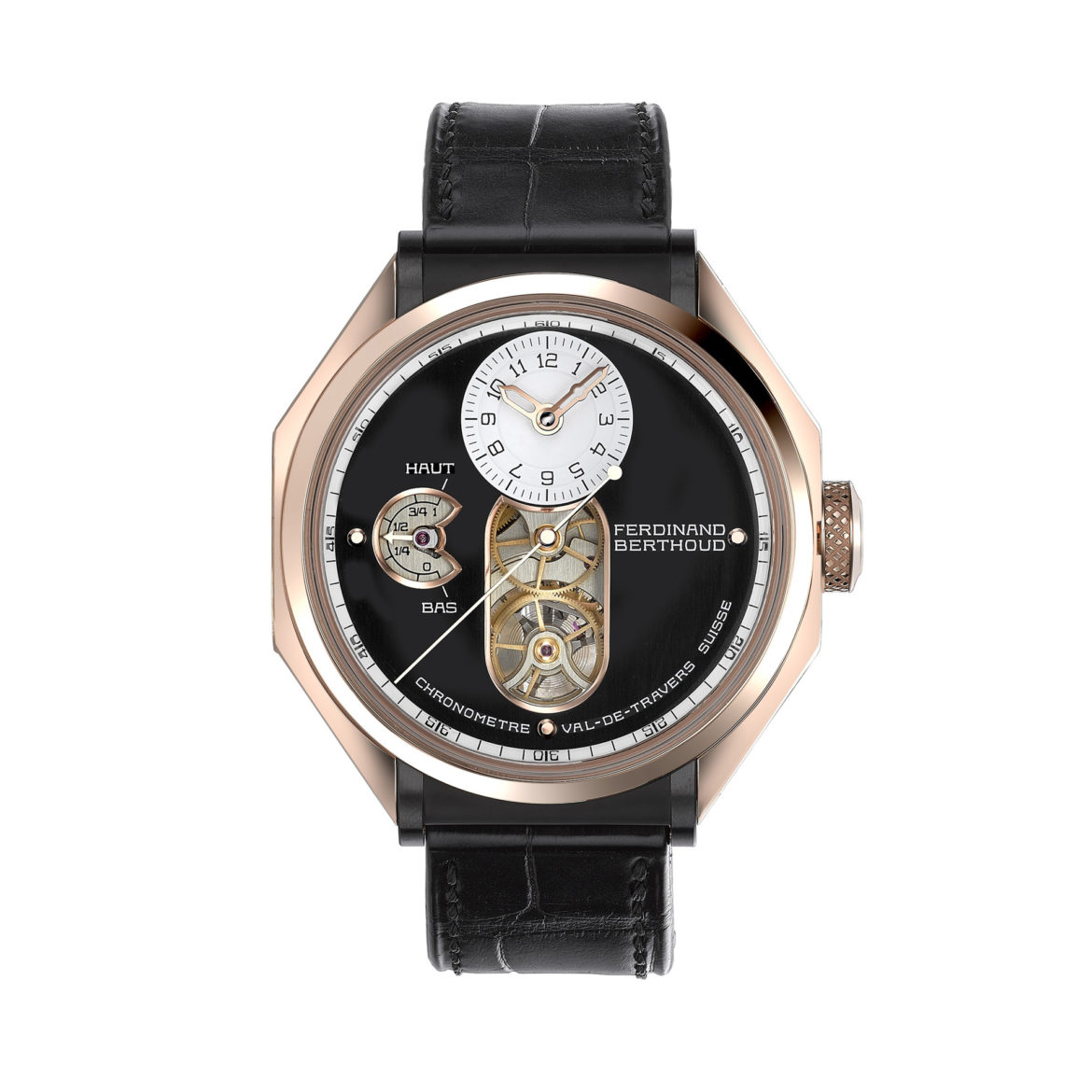 Revived in 2015 and price-winning in 2016: this is the La Chronométrie Ferdinand Berthoud FB 1 Chronometer. Time for some history, as the brand was already founded in 1753.

If you look at the website of Ferdinand Berthoud, you will see their logo with “1753” in it. In that year, at the age of 26, Ferdinand Berthoud, born in 1727 in Switzerland, was awarded the title of Master Watchmaker in Paris. With that title he could open a workshop in Paris. He is one of the two specialists in marine chronometers in France at that time, working for the king and the royal navy, and writes lots of articles and books about horology. And he creates chronometer clocks, and later, watches.

After his death in 1807 the business was passed to his nephew, Louis Berthoud who died only six years later. His sons Jean-Louis and Charles-Auguste took over the company that was specialized in “nautical horology mechanics”. Their timepieces bore the signature “Berthoud Frères”. Charles-Auguste was the technical one of the brothers and after his death in 1876 the brand went into a coma. Several new owners of the brand name would follow until 2006. 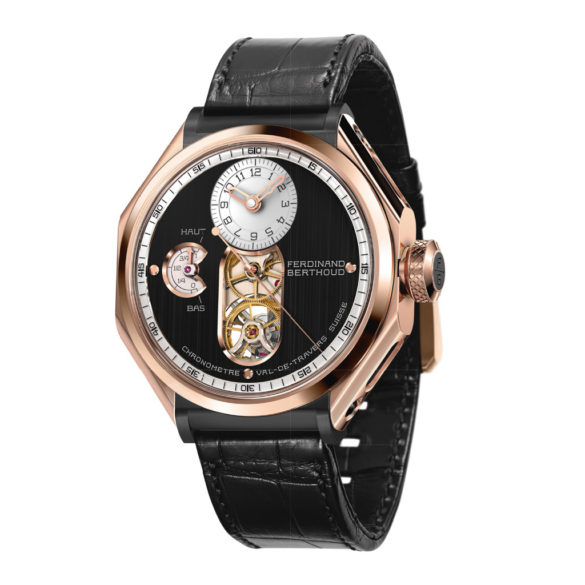 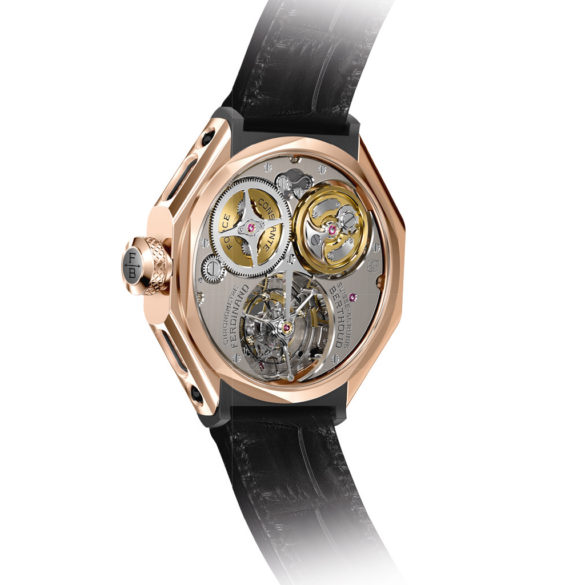 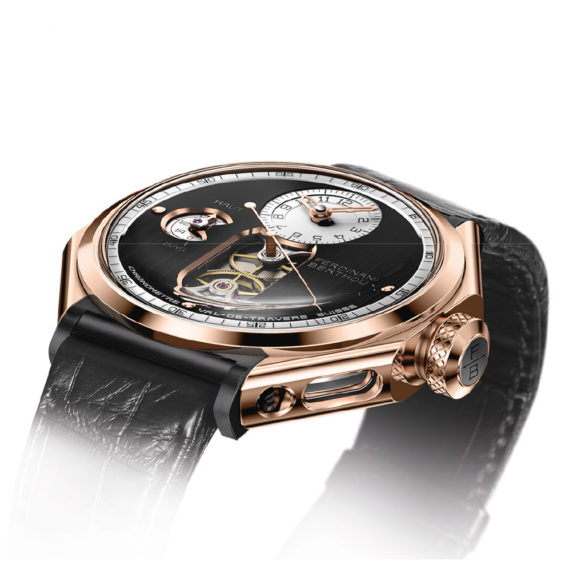 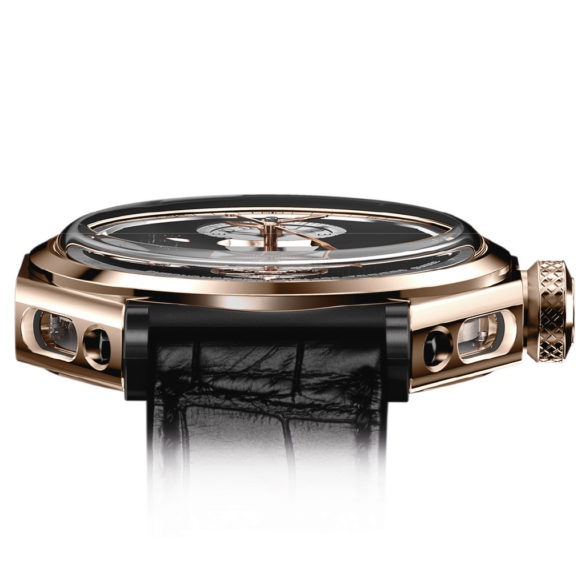 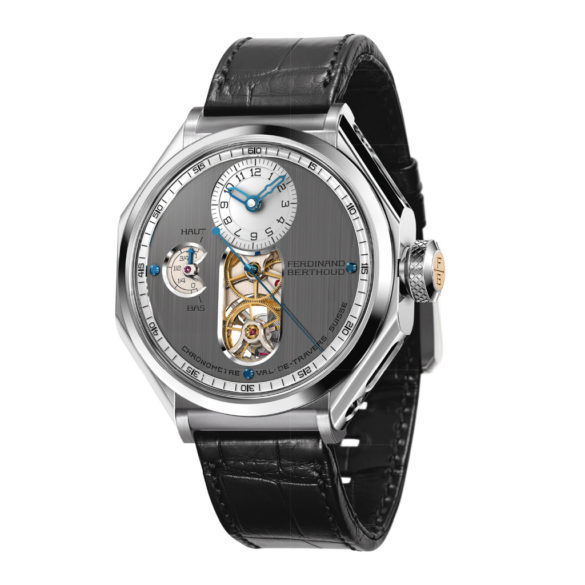 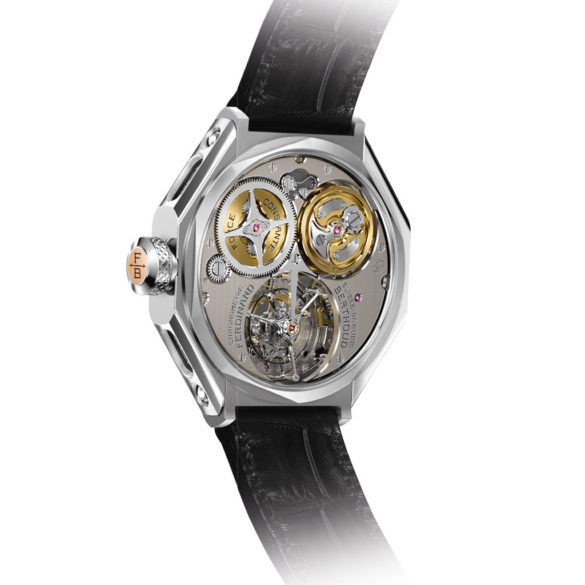 In that year, Karl-Friedrich Scheufele, the Co-President of Chopard, heard about plans that someone was about to re-launch the brand. Scheufele is a member of the Scheufele family who runs Chopard since 1963 and probably was looking for new business opportunities. The result: Chopard bought the brand name, created a new company, developed new movements through their L.U.C division especially for Ferdinand Berthoud and then it was 2015. The moment of the re-launch.

The Ferdinand Berthoud FB 1 Chronometer is a mix between old and new. Look at the octagonal shape of the case, with sapphire crystal portholes at the sides of the case, referring to its nautical heritage. Marine chronometers in the 18th century had these as well, making it easy to check if the movement was still running. The window in the dial shows the gear train for the center seconds, quite special as it is driven directly by the carriage of the 60-second tourbillon. Most one-minute tourbillons are constructed with the seconds hand directly on the pinion of the carriage. With this time piece it’s an homage to Berhoud’s marine chronometers, where the seconds hand played an important role in making calculations to determine longitude by means of celestial navigation. 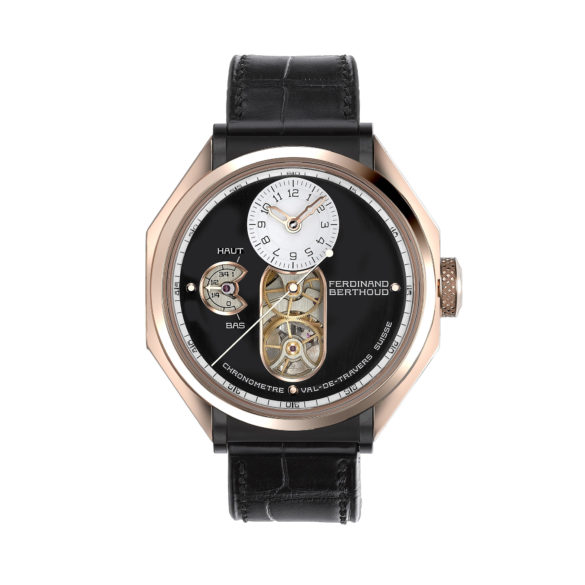 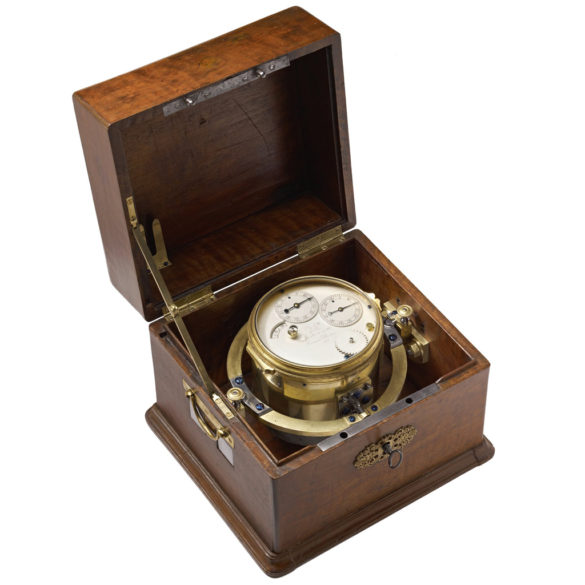 In the middle: the Ferdinand Berthoud marine chronometer no. 6 from 1777

Inside the 44-millimeter case (in white or red gold) is Ferdinand Berthoud’s caliber FB-T.FC, a mechanical hand-winder made by Chopard’s specialists. It is inspired by Berthoud’s marine chronometer no. 6 from 1777. If you are in Switzerland, go to the Chopard’s L.U.CEUM (no joke) in Fleurier, where this chronometer is on display. It is driven by a movement with a fusée and chain transmission delivering constant force, and has a pillar-supported plate architecture. After three years of research and development the caliber FB-T.FC was ready, including characteristics of the ancient marine chronometer. Which is a little miracle as the no. 6 is a clock while this new movement is only 8 millimeters in height. It delivers a 53-hours power-reserve which is indicated on the dial as well. 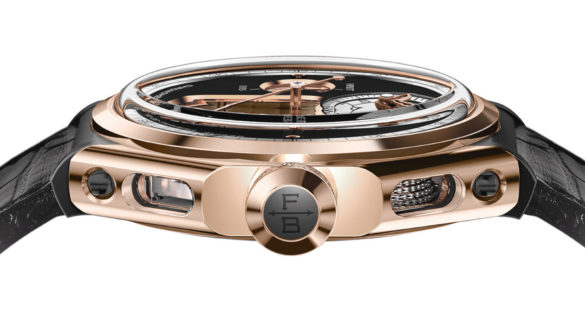 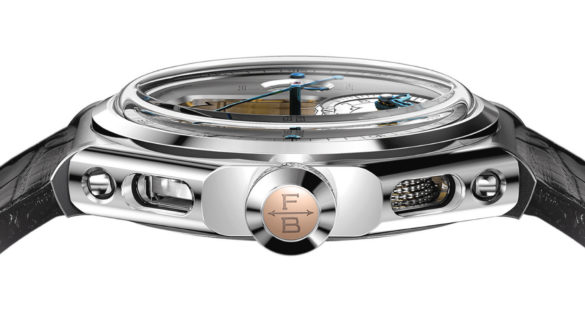 More about the history of Ferdinand Berthoud might interest you…