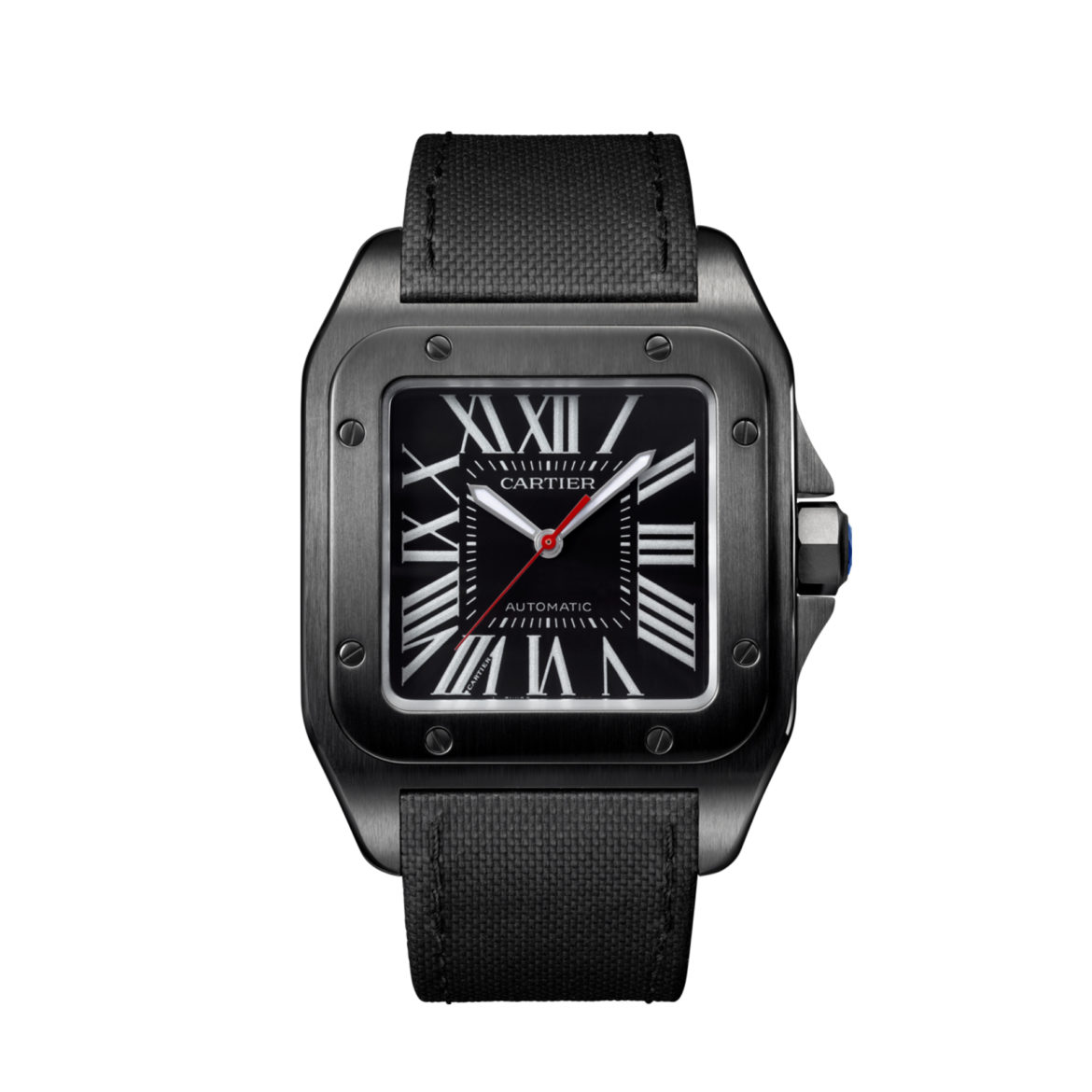 A new star in the Santos family: the Cartier Santos 100 Carbon. Well, it’s not made from carbon but it is steel with an ADLC (Amorphous Diamond-Like Carbon) coating. To meet the black wave which is trending is the watch world. Apparently everybody likes black watches these days. The question might be: should an all-time classic like the Santos be part of this fashionable trend? 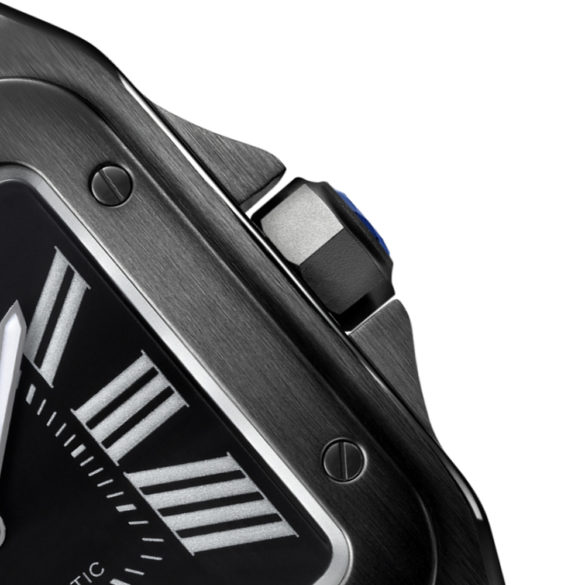 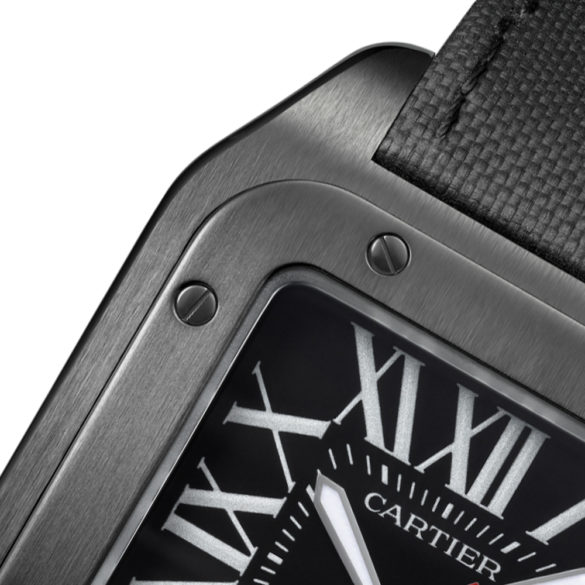 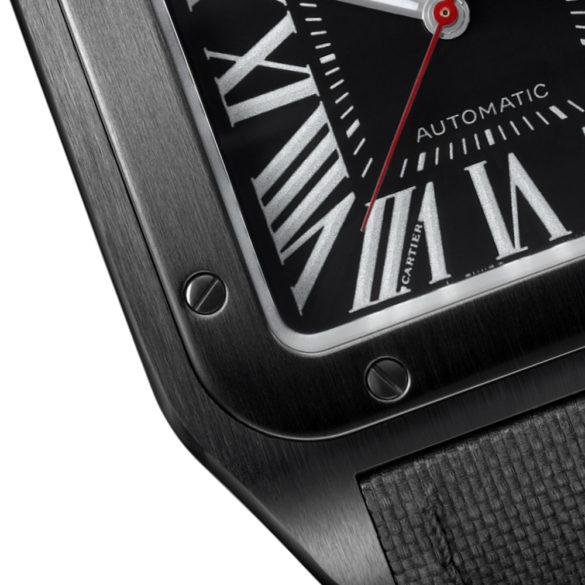 Let’s go back to the year 1904. In that year Louis Cartier created a watch for his friend, the Brazilian aviator Santos Dumont. Since then the Santos Dumont became iconic for Cartier. Models only in precious metals became famous all over the world. In 1978 Cartier launched the second edition of the Santos, now also available with ‘ordinary metals’ – gold with steel. The rectangular shape (29 x 41 mm), the screws, the white dial, roman numerals and blued baton hands, it was all still there. So Cartier’s signature remained.

Nowadays there are two Santos lines: the Santos-Dumont with nine models and the Santos 100 with four models. This Cartier Santos 100 Carbon is the latest in the Santos 100 series. It measures 51.1 x 41.3 millimetres and houses Cartier’s calibre 1847 MC. And it still has Cartier’s Santos signature. Which is a good thing. The deep charcoal colour contrasts clearly with the white Roman numerals and rail-track, and the sword-shaped steel hands treated with luminescent material and the thin red hand indicating the seconds. And yes, the blue stone on the crown is still there. 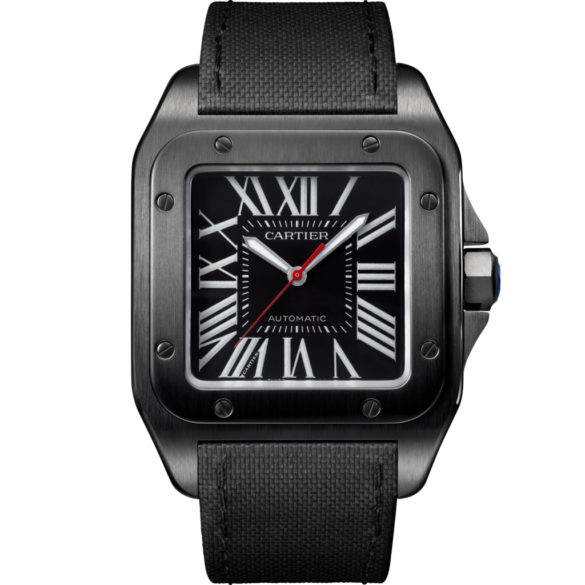 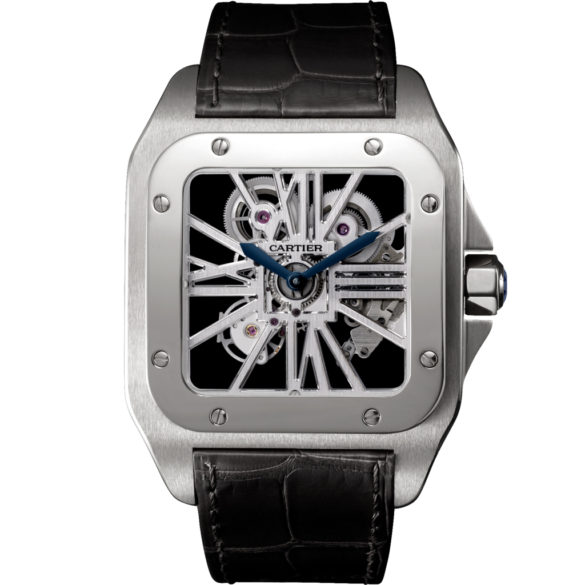 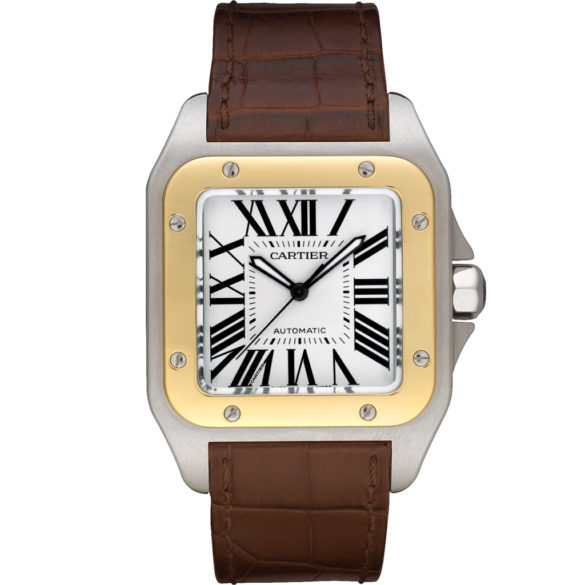 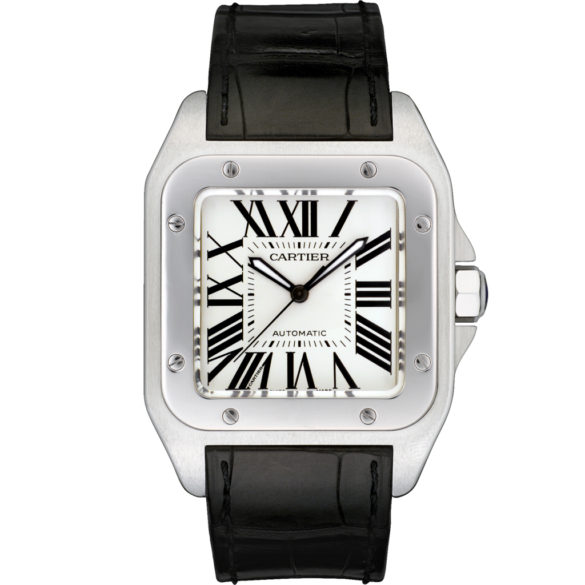