The one introduced in 2013 was a replacement of the original Emergency watch, produced between 1995 and 2012. And it’s still a watch for survivors being the world’s first wristwatch with built-in dual frequency personal locator beacon. It meets the requirements of the international Cospas-Sarsat satellite system, thereby serving both to trigger alerts and to guide search and rescue operations. A high-tech survival instrument. Inside is a miniaturized transmitter and an integrated antenna system to locate the wearer everywhere in the world. 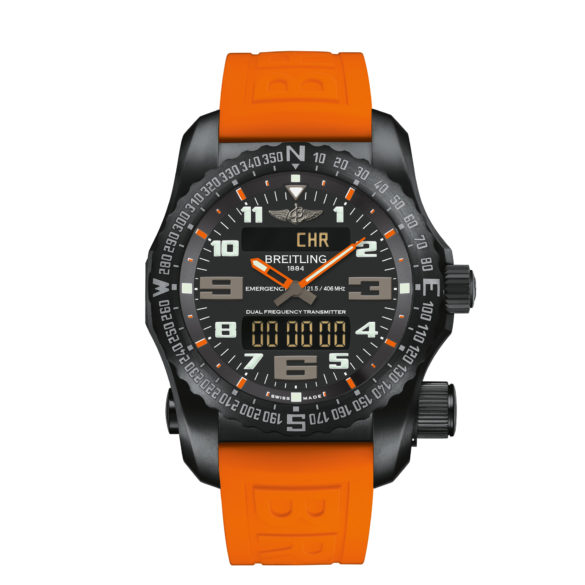 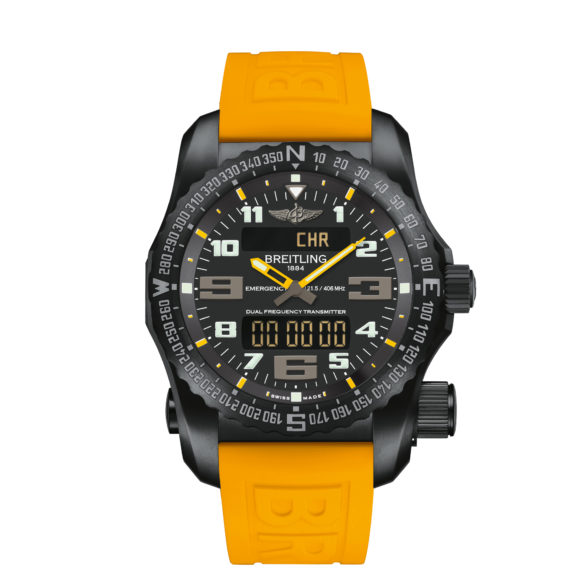 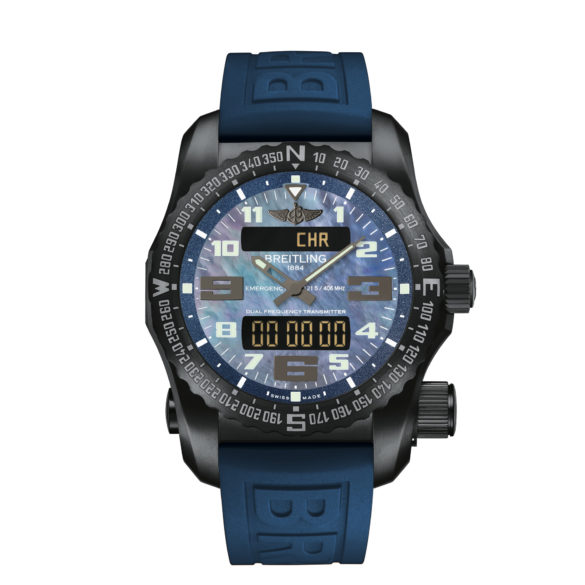 The huge 51-millimeters case is ultralight, made from titanium and has a high-resistance carbon-based treatment. The satin-brushed finishes guarantees a “stealth”, glare-free appearance designed for the riskiest operations. As the bright yellow or orange strap can be seen from miles away we wouldn’t wear these on a mission. Better take the marine blue one if you are going to do some serious things.

Inside is Breitling’s SuperQuartz electronic chronograph movement. They claim it’s ten times more accurate than a standard quartz movement, and it is officially chronometer-certified. It features all kinds of functions like countdown timers, day/date programmed for four years, a second time zone and more. The battery lasts for two years minimum and taking a dive is no problem. 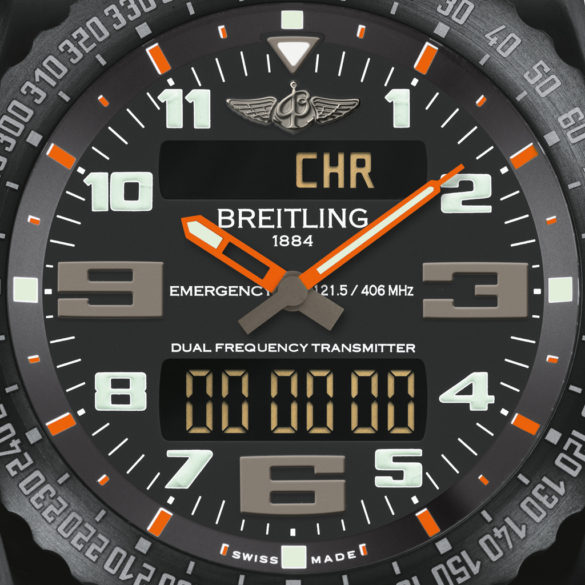 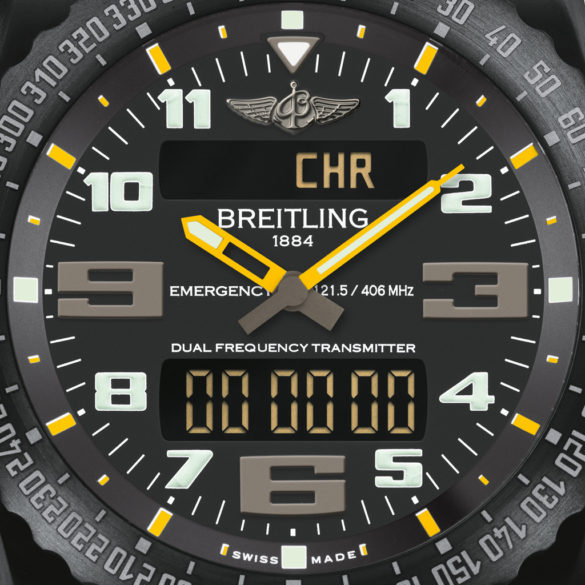 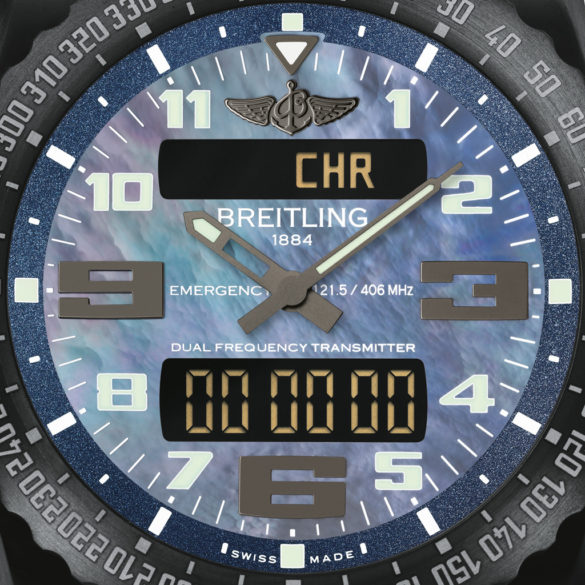 Why Breitling is sold

Breitling for Bentley B06 Midnight Carbon